This 22-year-old impresario has crammed into his short adult life what most of us might never achieve. 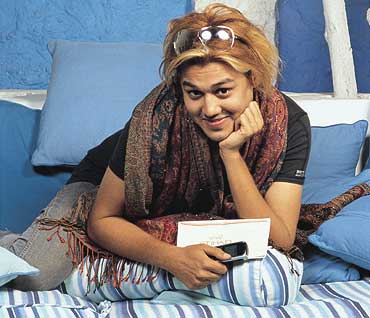 Pablo Ganguli must be quite tired by now. There have been politicians to put on the podium, media to manage, authors to organise, sponsors to schmooze, books to launch... Maybe it’s his youth—or his hardworking backup team—but he seems to be thriving on it. This 22-year-old impresario has crammed into his short adult life what most of us might never achieve. Apart from organising a UK-Arab media festival in Marrakech, where he now lives, and Papua New Guinea’s first ever women’s rights conference, the latest feather in this Bengali Boy Wonder’s knitted cap is the Kitab Festival—"A British-Indian Literary and Media Extravaganza"—held at the Habitat Centre from 7 to 9 April.

"This is not a book festival," he protests. "It’s bringing people from all over to share ideas, to voice their opinions. We’ve got politicians and film stars, journalists, editors, publishers, diplomats—the lot." His qualifications for pulling this off? "Networking." And watching him work the room, his shock of yellow-blond hair bobbing like a firefly, he is clearly a master of the art. "And I guess I’m very passionate about what I do," he adds. "I mean, just look at Fashion Week... a normal person can’t even wear that stuff, but look at the amount of coverage it’s got! And we’ve brought a former member of the Shadow cabinet, the literary editors of all the leading newspapers in the UK and all these authors together and not even 150 people can be bothered to show up? It’s disgraceful." In a more philosophical tone he concedes that even the Edinburgh festival started small. "My biggest failing is that I just do things too fast," he smiles ruefully, pausing briefly to breathe before launching into his next Big Project: "The Majestic Petra Weekend" starring VS Naipaul and Mariah Carey, Sting and Vikram Seth. Hold on to your hats.