The Magician From Malgudi

By staying away from the passing literary fads and fashions he remains a writer of longer relevance. 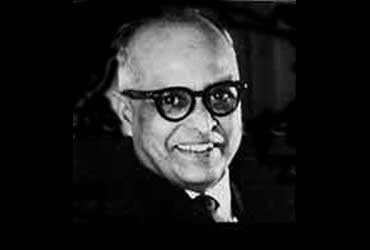 outlookindia.com
-0001-11-30T00:00:00+0553
R.K. Narayan was born in Chennai and had his schooling there. And that is where he returned to spend the last ten years of his life. But it is with Mysore, where he lived for more than sixty years in between, and with Malgudi, which sprang out of his imagination, that his name is linked. Narayan could well have claimed, as Landor did about himself:

I strove with none, for none was worth my strife;
Nature I loved, and, next to Nature, Art;
I warmed both hands before the fire of life;
It sinks and I am ready to depart.

It is doubtful if Narayan would have achieved the quiet simplicity of his personal life and the classical composure of his art if he had lived anywhere else. As he wrote in one of his books, "Every time I go back to Mysore, I feel thankful to Heaven for placing me there...The atmosphere is placid and poetic and one is constantly tempted to enjoy the present, setting aside all other thoughts."

If, unlike other writers of his and subsequent generations, Narayan does not wave an ideological flag or the banner of any literary theory or movement, the reason is that his formative years had been spent in Mysore which was away from the mainstream. As a young man he had no occasion to participate in any political agitation. There was a cultural renaissance of sorts then taking place in Karnataka but, as a Tamil who never mastered Kannada enough to shake off his Tamil accent, he was not touched by it.

It is not only political passion, whether of the leftist or even the simple nationalist variety, that is absent in Narayan. He also seems to eschew every kind of ornament and rhetorical embellishment of style and technique. He may have praised Mysore for its poetic atmosphere but he resolutely stuck to prose and the virtues of straightforward narrative and set his face against anything maudlin and mushy. In his writing there are no set pieces; his English is nuanced and lithe but it is simple. There is no attempt to impress readers with his mastery over idiom or his familiarity with the polyphonic richness of English speech. He does not write for the scholar or the critic. He writes for people who love to read a good story and he invariably keeps faith with them. By staying away from the passing literary fads and fashions he remains a writer of longer relevance.

But the most interesting aspect of Narayan's work is the relationship between him and the characters he creates. Some authors are like puppeteers. The figures do not move unless the master moves them. Some others are like stern stage directors, with the characters saying just what they have been instructed or permitted to say. But the men and women (and children) in Narayan's novels and short stories seem to acquire a will of their own and exercise freedom of action surprising the author himself. The guide Raju in The Guide, Sampath in Mr Sampath, Margayya in The Financial Expert and even the tiger in The Tiger of Malgudi carve out a little bit of immortality for themselves.

And what about Malgudi? Alas, it cannot grow as it grew and changed in Narayan's lifetime. No new scamps and idlers and harried schoolmasters and printers of signs and vendors of sweets will be born there. But Malgudi will live as long as Hardy's Wessex and Faulkner's Yoknapatawpha County will, as mentioned by president K. R. Narayanan.

Like his style, Narayan did not draw people's attention towards himself. Among intimates he was forthcoming. If the group included people he was not much acquainted with, he was reticent. But he was forthright in his views. I remember one occasion when the old masters of Karnatic music were being discussed. The talk turned to Tiger Varadachar. Someone waxed eloquent about his profundity. Narayan cut him short. "Profound? He was just a humbug", he declared. The company fell into a hush for everyone there was aware that Narayan's knowledge of music was really vast. I have often wondered how it was that he wrote no novel around a musician.

Douglas Adams, The Radio and Sandwiches