The I.D. Vizzion Shows Us VW’s Take On Autonomous Cars 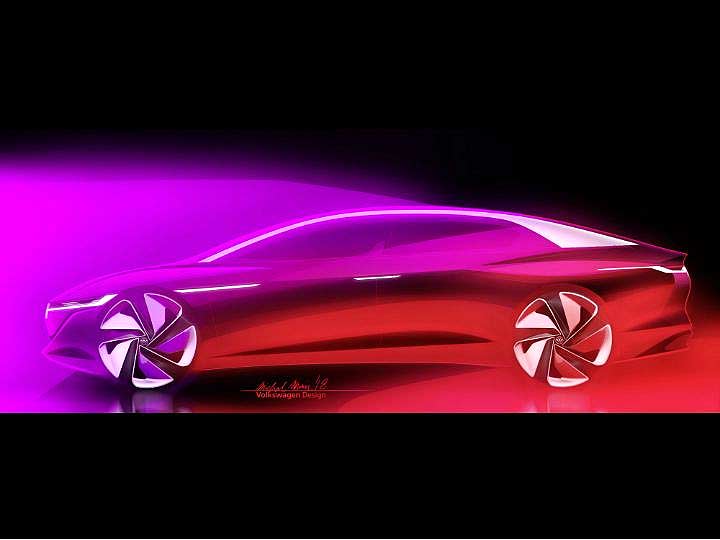 Volkswagen has been trying to trumpet its green credentials for quite a while now, with three different I.D. concepts been shown in the last year itself. And now, the company has teased yet another new concept which will join the I.D. Buzz electric van, I.D. Crozz and Crozz II SUVs. The 2018 I.D. Vizzion concept is different from the other cars in the series though - it is a fully autonomous car!

In the not so far future, when our cities, and roads, can support fully autonomous cars, the Volkswagen I.D. Vizzion hopes to become the choice of car for users. To achieve that, the Vizzion concept has an ‘elegant and emotional’ design inside-out. Teaser renderings show a wedge-like car, designed in the interest of aerodynamics, but with highlights like a contrast coloured roof, large turbine wheels and, very importantly, suicide doors. 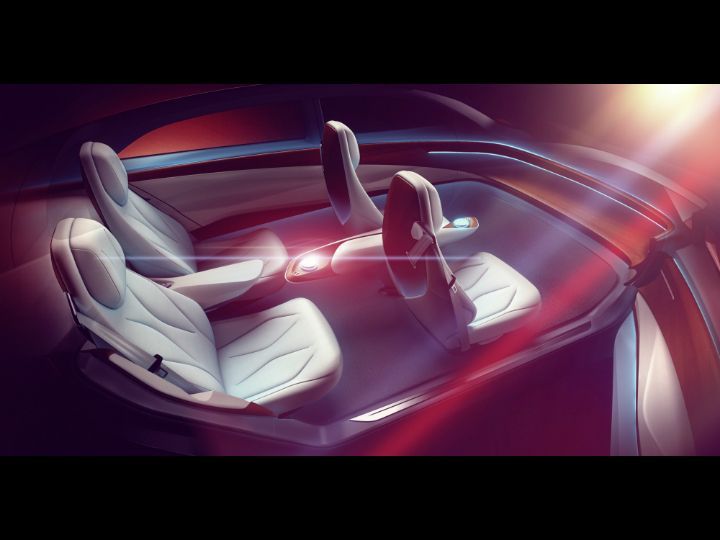 On the inside, the I.D. Vizzion has a simple layout with individual bucket seats for four people. It may look barren to many, mostly because it is devoid of features you see in cars of today - most prominent of them being a steering wheel. Apart from freeing up a lot of interior space, the lack of a traditional steering and dashboard also allows the space inside to be designed to accommodate futuristic ways of communication and entertainment.

The I.D. Vizzion has a digital chauffeur which, apart from driving the car to set destinations, can also interact with the occupants individually through a virtual host. Because the world would have adapted to the Internet of Things to a great degree, the Vizzion would be able to communicate with occupants at a very personal level, with the people reacting either via voice, touch or gestures. Not having to drive will free up a lot of time for the occupants in the Vizzion; Volkswagen hopes that laws in the future will allow cars like the I.D. Vizzion to be ‘driven’ even by people who do not have a license, including children. 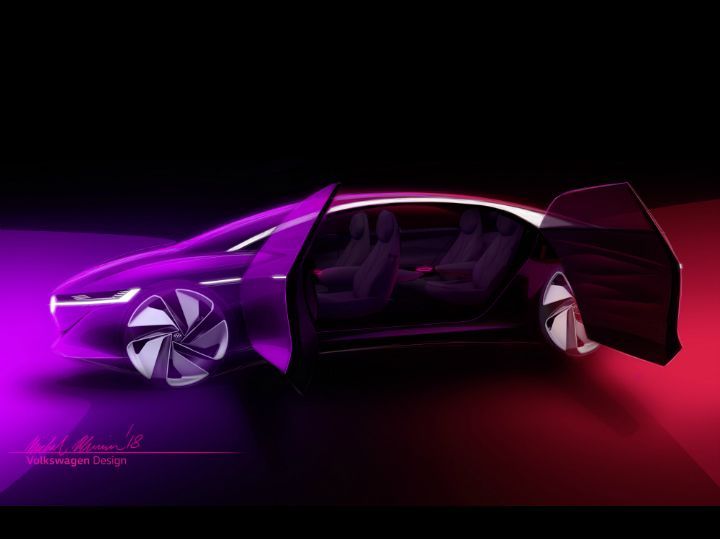 The Volkswagen I.D. Vizzion concept has an all-electric powertrain. Two electric motors draw power from a 111kWh lithium-ion battery, developing 306PS of maximum power. The two motors make this 5.11-metre long sedan an AWD car, capable of hitting a top speed of 180kmph. Volkswagen claims that the Vizzion will have a range of 665km on a single charge.

The carmaker plans to have 20 all-electric cars in its range by 2025, beginning with the I.D.2 hatchback in 2020. This will be followed by an all-electric SUV, the Crozz3 and an all-electric sedan, the I.D. Buzz4 later.