For Indian dance, 2017 marks the 60th year of the entry of an exponent who impacted its classical wing like not many others in the south. The life and times of Yamini Krishnamurthy, who turned 78 this month 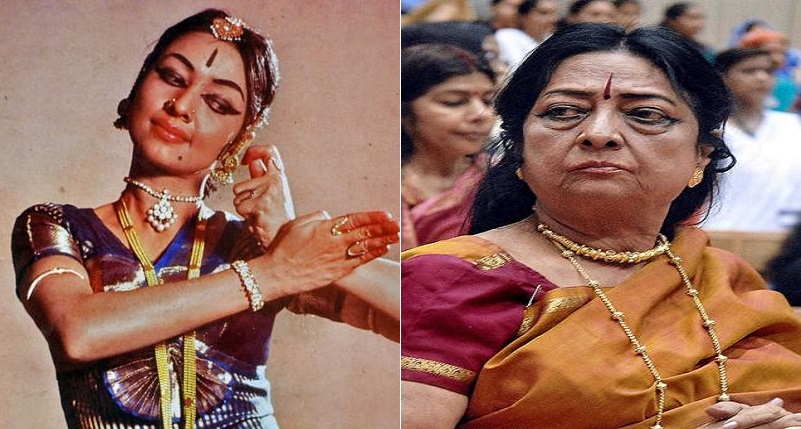 As a Telugu girl brought up in Tamil Nadu, Yamini Krishnamurthy used to wander inside the precincts of the vintage shrine in Chidambaram town to where her family had moved in from southern Andhra. The granite sculptures at the 10th-century Nataraja temple with the dancing Shiva as the chief deity fascinated the four-year-old no end—so much so, she spent hours gazing at their dynamic postures.The impressions were so deep that Yamini decided they would do nothing but dance the rest of her life. Her family, though, wasn’t amused by the idea. “It wasn’t that they had a dislike for dance. They didn’t want me to be seen struggling by taking it up as a full-time career,” she notes, much later in an interview.

Yet, two curious turns happened down the life of Yamini. One, she turned to Kuchipudi in her native state after having gained a name in Bharatanatyam in which she was trained as a youngster.

Two, her father, M. Krishnamurthy, turned out to be her patron and philosopher in dance matters—till his death in 1984, a loss that the artist admits has left a “mental hollowness” she continues to feel till date. Yamini’s family was anyway least philistine. In fact, her father was a Sanskrit scholar with English education, while her grandpa used to write Urdu poetry. The story goes that the artist was originally named Yamini Poornatilaka—meaning, a beautiful mark on the brow of light—because she was born on a full-moon night in 1940. That happened in Madanapalli, which is today in Chittoor district of Andhra Pradesh.

Yamini did go to school, but she soon found the studies boring. Later, her father took the girl
to the famed Kalakshetra in Madras. There, theosophist-choreographer Rukmini Devi Arundale, also a rights activist who had founded the institution in 1936, impulsively saw a dancer in the candidate. Yamini’s higher studies were meant to be mentored by Tanjore Balasaraswati, but the iconic danseuse was so busy that Yamini was put under masters Kanchipuram Ellappa Pillai (who even taught her Navasandhi, the style of dance the god- serving and temple-nurtured Devadasis did in front of deities) and Thanjavur Kittappa Pillai.

Towards end-teenage, when she had crossed 17, Yamini debuted on stage. Performances
began becoming prolific. Her sparkling eyes caught the imagination of the viewers, who were also awe-struck by the elegance of her body movements. All the same, by the 1960s, she partly turned to Kuchipudi—another classical dance, this time from her native state.

“Many those days used to dub Kuchipudi as a folk dance. That was wrong and demeaning,”Yamini would later recall. Not only did she camp at the Kuchipudi village (in present-day Krishna district) that is the birthplace of the eponymous dance believed to have been evolved by medieval scholar-artiste Siddhendra Yogi, she received meticulous coaching under masters no less than Vedantam Lakshmi Narayana Shastri (who gave her training in the pivotal Bhama Kalapam story-play that focuses on the jealous wife of Lord Krishna), Chinta Krishnamurthi and Pasumarthy Venugopala Krishna Sharma. Having that way gone into the Andhra heartland, Yamini subsequently also took classes in the dance from the adjoining Orissa state. Her Odissi training was under the renowned Pankaj Charan Das (1925-2003) and Kelucharan Mohapatra (1926-2004). In the peak of her life, by when she had migrated to Delhi where she ran the Yamini School of Dance, the artiste found time to practise all the three dances every day without fail.

As for the Bharatanatyam, the “leap” is one feature that Yamini contributed in immense measure to the classical dance. As renowned critic Subbudu (as was the pen name of late P.V. Subramaniam) once noted, the danseuse presented as many as 22 leaps in one stage show—and every time flawless. The first Padma award came to Yamini just 11 years after she debuted, while two years ago she was conferred upon a Bhushan—the country’s second highest civilian award. The Sangeet Natak Akademi had given Yamini an award four decades ago, while the famed Tirumala-Tirupathi Devasthanam in her native Chittoor district had given her the recognition as the Aasthana Nartaki (resident dancer). She made a 13- part dance serial for Doordarshan and later penned A Passion For Dance that won critical acclaim.

Having hailed such heights, Yamini—unmarried—today leads a much-relaxed life in south Delhi’s Haus Khaz. Do you feel lonely, a TV anchor once asked her. “No,” she answered. “I am alone, but not lonely.”

It’s Curtains For 2017, And These Were Big Developments That Rocked Bollywood