You must have heard him giving sexist remarks like women should stay indoors etc. That is his and the university’s mentality. This is what we are fighting against. 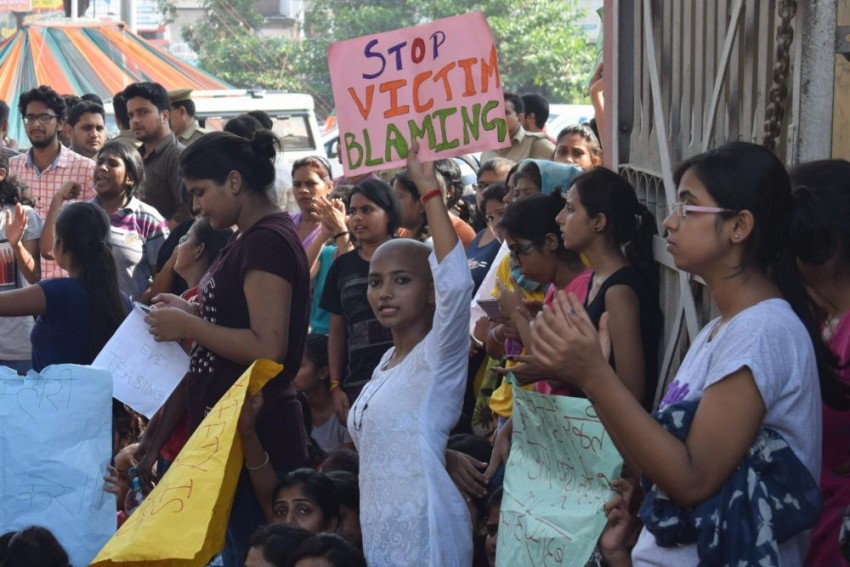 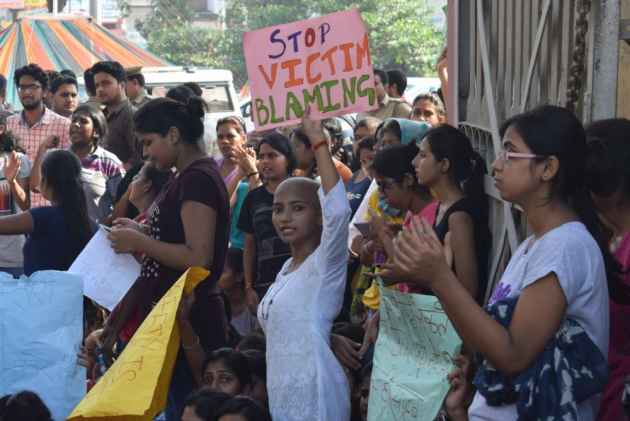 Akanksha, a student of the Benaras Hindu University, was among the many students of Banaras Hindu University protesting against rampant and often neglected cases of molestation and sexual harassment. The trigger for the protest was a man who flashed at a girl on the campus and the unsympathetic response of the vice-chancellor to the complaint. He made them go in circles when the students’ demanded a hearing. Furious at the deaf administration, the students, mostly girls, went on a protest which was greeted by a baton-charging police of Uttar Pradesh eager to disperse the students ahead of Prime Minister Narendra Modi's visit to Varanasi. Akanksha tells Outlook’s Yamini Kalra how it all started.

“I was present before and after the particular incident of police lathicharge on students happened, not at the exact time. First instance of lathi charge was at the Triveni hostel, and then at the VC marg, where we had blocked the road.

The lathicharge was unexpected. We were not warned. The police just stormed in and started beating peaceful protesters. My friends were brutally beaten up by the police. Some landed in hospitals, had to undergo a CT scan, some had broken limbs.

You must have seen in the video that’s being circulated online. A girl fell down but the police continued to beat her mercilessly. This did happen and quite unexpectedly.  Our protest was peaceful. The lathicharge was uncalled for.

There was no violence during the protests from our side. It was a peaceful protest -- we were raising apoliticalslogans but there was no violence of any sort. We just wished to speak with the VC on cases of growing sexual violence against the girl students and the lack of cooperation from college authorities on the matter.

But the police without warning barged into the hostels and inside the college premises and  lathicharged the girls there. Some wardens sitting at the gates were also hurt. Nobody was expecting that. The college authority did not interfere and how could they?  This was all planned by the VC and top administration of the university. College authority comes under them so they could not object.

The protest was a women's movement against rampant cases of harassment and molestation. There was a case of molestation on the evening of September 21 which triggered the protest. This has been an ongoing scenario. Women get molested but the college authorities sit idle and resort to victim-shaming. We were protesting against that. Whenever girls used to complain, they were asked why they were wearing what they were wearing and why were they not inside in the hostel in the evening and roaming around.

The administration didn’t handle the  complaint about that particular incident of molestation on September 21 which triggered the protest. It was our repressed anger for so many years that finally came out.

The protest was organized by the women of the university. First, people were called via social media and a march was held . Number of people joining the protest gradually increased but there was no political motive at all, as alleged by many. It must have scared the administration. They wanted to break us.

There was recording at different places to disintegrate the unity of the protest. Our demand was that the VC talk to us on the road where we were peacefully protesting because he doesn’t usually listens to us but we understood that the plan was to segregate us and thus, decided we will stay together and not move.

We waited for hours but the VC didn’t come.

There have also been allegations that outsiders were present in the protest to provoke us. This is a lie. 99% protesters were the university students, most of them girls. It was a women’s movement.  There is an attempt to defame us by alleging that students from DU and JNU were involved in the protest.  There were some individuals who attended the protest to support us and show solidarity but it was our protests, the women’s movement only.

We had a few reasonable demands. Had the VC wanted, those could have been fulfilled but he didn't. He is from the RSS. You must have heard him giving sexist remarks like women should stay indoors etc. That is his and the university’s mentality. This is what we are fighting against.