The Emergency - Then And Now!

During the Emergency of 1975-1977, there were three factors which helped us revive India. Those are absent now. 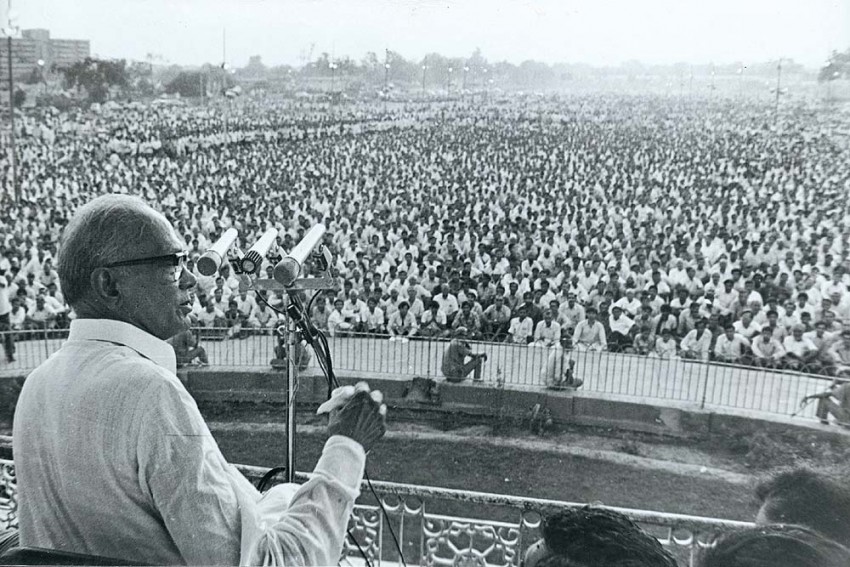 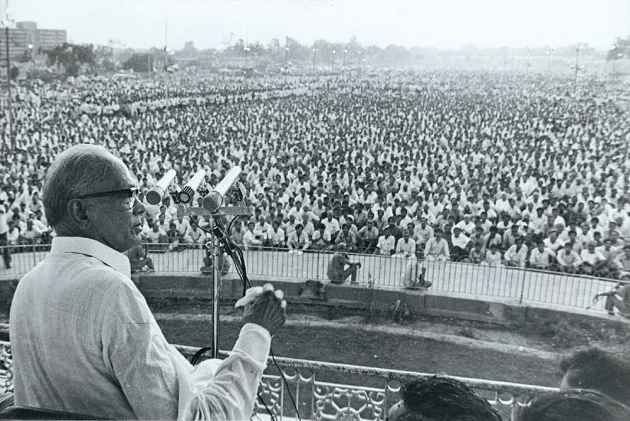 I would like to recall some of the elements that acted together during the Emergency of 1975-1977. Often many of us, observing the current situation or current struggles that are taking place in JNU and outside, are filled with anxiety and dread and feel that this kind of oppression is a reminder of the suspension of democracy during Emergency. They recall the Emergency associated with Indira Gandhi and some people are even writing that we are moving towards a situation that can be worse than the Emergency of the 70s.

As someone who was there during that Emergency and participated very frontally — first in the JP movement and then in the group that was supporting some of the dissidents — I would like to recall three factors which existed at that time which helped us to revive or rescue India. Those are absent now.

First there was a leader, Jai Prakash Narain, who was semi political, and who had some kind of charismatic mobilization power, along with what can, for simplicity, be called moral stature. He was not popular amongst all sections of the anti-emergency movement but he offered what can be called a pole. We do not have any leader of that caliber now in the "open" under the current circumstances.

The second factor that played a significant role — which can still still play a role at this moment of concern and crisis — is the role that Ram Nath Goenka played. Ram Nath Goenka as the powerful editor of an important newspaper became a champion and a torchlight and a structure of support to the anti-emergency group. He gave a kind of intellectual leadership also, bringing together some of the "thinkers" in the JP movement, nudging them to various political stances. He was also a kind of king maker, having access to the senior politicians of the Congress who did not support the emergency. He was an important pole in Delhi for the anti-emergency group to rally around.

A third factor which in my opinion provided a kind of neutrality and moral force was the Gandhi Peace Foundation. The characters in the Gandhi Peace Foundation at that time were, like most other characters of that era — people who had emerged out of the freedom struggle and people were politically engaged. There was also an element of intellectualism coming from what can be called the Gandhi pole, along with an attachment to Gandhian principles and behaviour.

It is a tragedy that Gandhian institutions and Gandhians are now off the screen not because of any neglect by the outside but because of their own inner rot. Gandhian ashrams and institutions, Gandhian NGOs and so-called Gandhian scholars are now suffering from an inner decline, which has taken them away from any of the moral and political presence that they had in the 1970’s.

The name of Gandhi and the fact that there was a voice from that biradari made a big difference to the power of the anti-emergency movement. In the present scenario, the absence of Ram Nath Goenka, the Gandhian institutions and JP needs to be looked at to see how we can bring back something of those types of forces.

I think as I see it now senior journalists or media houses like NDTV, like The Times of India i.e. newspapers who are owned by the newspaper families rather than corporates who are nervous of being seen as hostile to power, become a political force which then makes it difficult for the political parties like the one in power right now to exercise so much unmitigated power. Because whatever may be said, they are communicators with a broad public, whose support is required by any government especially with so many crucial Bills coming up in Parliament.

A middle space of personalities, neither left nor right, but dedicated Indians, of whom there are thousands in India if we go beyond Delhi, can provide what the Gandhian Institutions provided. They are not as visible as the dilliwallahs, as I discovered while living in Bangalore for 10 years. But they are not swept into the idealogical poles. A hunt for those and an All India grouping of such persons, especially women amongst them — as women are a little more circumspect in getting into idealogical caves — would make the middle space.

It is important for those who are resisting the current forces to think together on how to simulate some of that combine that was necessary to push back the earlier Emergency. Leaders of media, a recognizable formal structure of respected citizens including wonderful senior lawyers, a combine needs to be pulled to gether to to enable the push back.

Beyond The Republic Of JNU