The Curious Case Of Sanctions And Ashok Chavan

In what is being called a political witch hunt, Maharashtra governor gave sanction to prosecute Ashok Chavan even though it was denied by the previous one. 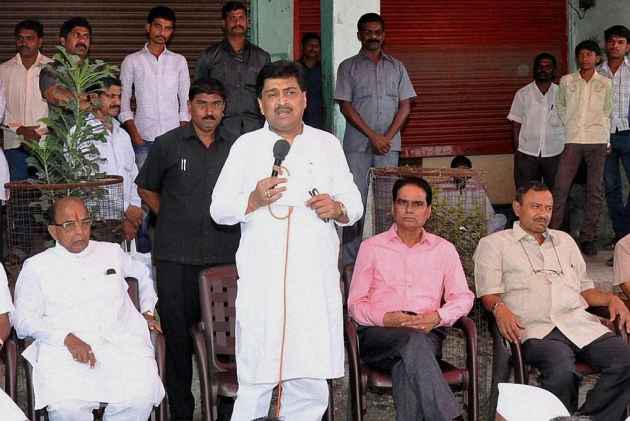 The CBI has made much of sanctions to prosecute public servants like Maharashtra's ex chief minister Ashok Chavan using the Governor's office but was the nod really necessary? CBI file notings, accessed by Outlook, clearly show that officers investigating the Adarsh scam, in which Chavan is an accused, had staunchly opposed the need for seeking sanction. Chavan was chargesheeted for cheating, conspiracy and misuse of office "which do not have any nexus with discharge of duty of any public servant", the Directorate of Prosecution of the CBI had said in 2012.

The need to seek sanction came about because Ashok Chavan had in December 2012 written to then CBI chief Ranjit Sinha, who had just taken over a month before, that sanction to prosecute him had not been taken by the CBI in the Adarsh Scam. The CBI had filed a chargesheet in the Mumbai high court making Chavan an accused for alleged complicity as chief minister. Ranjit Sinha issued instructions that a legal opinion on the same may be taken. Despite overwhelming evidence and opinion that sanction was not necessary, Sinha sent the Chavan file to the Attorney General for an opinion. AG Ghoolam Vahnavati said sanction of the governor is necessary. And then governor K Sankaranarayanan denied the sanction. This time the CBI did not find it necessary to consult the AG again. Mukul Rohtagi told Outlook, "No one has spoken to me. I don't know of the issue." CBI officials said they have additional evidence and the Governor said he had taken the opinion of the advocate general.

On Thursday, Maharashtra governor C Vidyasagar Rao gave sanction to prosecute Chavan in what is being called a political witch hunt launched by the handmaiden of the BJP government.

Interestingly, file notings show, when the CBI was splitting hair over seeking sanction for Chavan, they did not show the same alacrity in the case of two other public servants, the then collector of Mumbai and then Municipal Commissioner, Greater Mumbai, who along with Chavan, had also been chargesheeted. Sanction was given for the two.

Chavan, in his presentation before Ranjit Sinha, cited the case of ex UP chief minister Mayawati which, he said, stood on a similar footing as the CBI had sought sanction for prosecution. However, consecutive officers of the Department of Prosecution as well as CBI special director VK Gupta were of the view that there was no sanction needed.

"It is pertinent to mention that sanction for prosecution against Mr A Raja, then telecom minister, was not obtained in the 2G case …as he had already ceased to be a public servant. The trial… is already underway without any question having been raised about the need for sanction." The special director noted in the file. "Cheating is not to be regarded as act committed in the discharge of official duty." The officer went on to add, "sanction for prosecution against Ms Mayawati …were made under the directions of the Special Judge".

When officials did not budge, Ranjit Sinha turned to Vahnavati.