If the perception persists that the Indian political leadership and officials want to cover up the full extent of the alleged involvement of Indian Muslims in global jihad, it could come in the way of 123 agreement.

During the investigation into the Madrid blasts of March 11, 2004, in which 191 civilian suburban train commuters were killed, the Madrid Police had arrested two Indians and questioned without arrest two Spanish citizens of Indian origin on suspicion that the SIM cards used by the terrorists for triggering the explosions had been bought by the  terrorists from their shops. All the four were Hindus. The investigation indicated that they were not aware of the background of the persons to whom they had sold the SIM cards. They were, therefore, not charged and released from detention..

There was no campaign against the Madrid Police in India at that time. The Indian media did not try to create a drama over the issue. The Indian intelligence and investigative agencies did not adopt an un-cooperative attitude. No attempt was made by the government of India to exercise pressure on the government of Spain in order to secure the release of the detained Indians before the completion of the investigation. 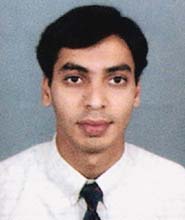 Western counter-terrorism experts have expressed concern and resentment over the manner in which the government of India has been trying to exercise pressure on the government of Australia to release, before the completion of investigation, Dr.Mohammad Haneef, who has been arrested in Brisbane and charged with the offence of providing "reckless support" to a terrorist organization by allegedly giving his SIM card to his cousin Dr. Sabeel Ahmed of Liverpool, who has been charged by the British Police under Section 38(B) of the Terrorism Act 2000 that he had information which he "knew or believed may be of material assistance in preventing the commission by another of an act of terrorism".

Kafeel Ahmed, the brother of Sabeel Ahmed, tried to drive a jeep filled with petrol, gas canisters and nails into the Glasgow airport on June 30, 2007, in order to cause an explosion. He was not able to do so. There was a fire in which he was badly burnt. He is still unconscious and has not yet been charged.

The investigation in the UK and Australia is still in the initial stages. The computer and its hard disc and other documents seized from Mohammad Haneef are still under technical examination. His friends and contacts in Australia are being identified and questioned systematically. Enquiries are being made about his stay in the UK before he migrated to Australia in September,2006.

Moreover, any investigation would be incomplete without details regarding their background in India. What were Sabeel Ahmed and Kafeel Ahmed doing in Bangalore when they came home for some months before they went back to the UK and started planning for their strikes in London and Glasgow? Where was Haneef at that time? Was he in touch with them?

There is an impression in Western counter-terrorism circles that whereas the Indian authorities co-operated readily when the suspects or perpetrators were Arabs or Pakistani nationals or Indian Muslims of foreign nationality, they have been dragging their feet when they found the suspected involvement of Indian Muslims with Indian nationality in global jihad for the first time.

The Indians were detained in Madrid almost for the same reason as Haneef in Australia. In Madrid, they were detained for selling SIM cards to terrorism suspects. Haneef has been detained for handing over his SIM card to a relative, who has subsequently been charged with an offence under the UK's Terrorism Act.

Whereas the Madrid detentions, where the suspects were Hindus, did not lead to any campaign or controversy in India, the Australian detention has been over-dramatised and the Australian Federal Police has been sought to be demonised in India just because the detained suspect is an Indian Muslim.

This has, unfortunately, been giving rise to an impression that the Indian political leadership and officials want to cover up the full extent of the alleged involvement of Indian Muslims in global jihad. If this impression persists and if the intelligence and
counter-terrorism officials of Western countries share with their respective Congressional or parliamentary over-sight committees their concerns over the perceived unco-operative attitude of the Indian authorities, this could come in the way of the final Congressional approval of the 123 agreement on Indo-US Nuclear Co-operation as and when it is signed and Australia supporting the agreement when it comes up before the Nuclear Suppliers' Group.