The trail of controversies and anger created by Rehman Malik, Pakistan’s interior minister, during his three-day visit to India should not surprise anyone 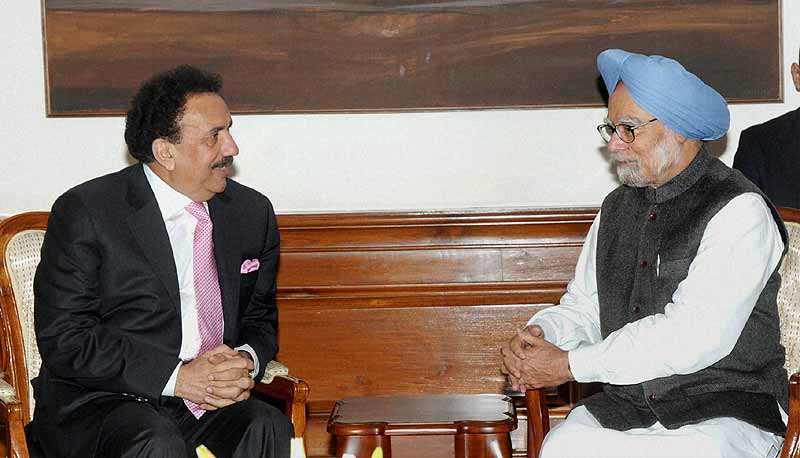 There is no need for one to be surprised by the trail of controversies and anger created by Mr Rehman Malik, Pakistan’s interior minister, during his three-day visit to India from December 14, 2012.

What he sought to convey was that India cannot escape its share of the blame for the 26/11 terrorist strikes. That is why he sought to connect the Babri Masjid incident in December 1992, the explosion in the Samjhauta Express in 2007 and the 26/11 terrorist strikes in Mumbai. He subsequently tried to deny any intention to project them as connected, but he was clearly trying to minimize the gravity of the 26/11 strikes by bringing in the Babri Masjid incident and the Samjhauta explosion. By announcing the arrest of another suspect in the Samjhauta explosion during his visit, we have unwittingly given him an opportunity to go back to Pakistan and claim to the fundamentalists and the Army that he succeeded in forcing India to act against the remaining suspects in the Samjhauta case. This shows how naïve we can be in matters concerning Pakistan.

On the basis of the various statements made by him regarding expediting the trial against the Pakistan-based chief conspirators of the 26/11 strikes, we should not nurse any illusions regarding the sincerity of Mr Malik. He is an ex-police officer who heads a police ministry. The Pakistani police has never had the courage and powers to act against the jihadi terrorists created and used by the Pakistan army and its Inter-Services Intelligence (ISI). We saw it in the case of the kidnapping and murder of Daniel Pearl, the US journalist, by a group of terrorists headed by Omar Sheikh, who was in touch with Brig. Ejaz Shah of the ISI, in 2002. Ten years after Pearl was murdered, the case is still going on and the appeal filed by Omar Sheikh against the death sentence awarded to him by a lower court has not been disposed off.

Similarly, the Pakistani Police has not been able to expedite the trial of the suspects in the Benazir Bhutto murder case five years after she was assassinated. Before the assassination, Benazir had named some officers of the Army, including Ejaz Shah, as posing a threat to her security. The police has been dragging its feet in the case because of the alleged involvement of the Army and the ISI.

The 26/11 terrorist strikes were carried out by the Lashkar-e-Toiba (LET), created and nursed by the ISI and used against India and in Afghanistan along with the Haqqani network. For us, to expect that Mr Malik and his police will act against the ISI-protected LET will be to live in a fool’s paradise. Not only the Pakistani police, but even its anti-terrorism tribunals are hesitant to convict terrorists enjoying the protection of the ISI. Even if the police collect all the evidence and produce them, the tribunal is unlikely to accept them and convict the masterminds.

India should not, therefore, have any illusions that Mr Malik and his police are going to act against the ISI-sponsored terrorists. It is for India to act through appropriate covert action against the LET. Unless and until the Manmohan Singh government realizes the nasty ground reality in Pakistan and acts on its own instead of depending on Mr Malik to act, this charade will go on.