While Narendra Modi's first few days as PM seem to convey a style of proactive, rather than autocratic, leadership, it is fitting to recall the words of a certain writer called Chanakya in the pages of Modern Review in 1937 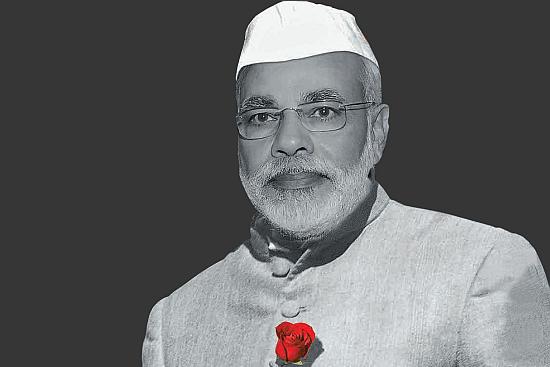 On 27th May 2014, exactly 50 years after the death of India’s first Prime Minster Jawaharlal Nehru, Narendra Modi formally took charge as the 14th Prime Minster of India. It was, in many ways, an absolute moment of rupture in the history of Indian politics. It was perhaps, in Nehru’s most memorable words, one of those moments which come “rarely in history, when we step out from the old to the new, when an age ends…” The moment Nehru was referring to was much greater—India’s independence; but if we go by at least what one British newspaper editorial had to say, Modi’s election was not a lesser moment. The Guardian's editorial of May 18, 2014, interestingly titled “India: another tryst with destiny”,  stated that the day of Modi’s election victory “may well go down in history as the day when Britain finally left India.”

Fifty years after his death, in Modi’s India, Nehru’s presence in the Indian imagination seems almost invisible and obscure. While the President, Vice-President and other prominent political figures paid their respects to Nehru on his death anniversary at Shanti Van—Nehru's memorial, the Prime Minister was missing in action and merely made a routine tribute to him on Twitter:

I pay my tributes to our 1st Prime Minister Pandit Jawaharlal Nehru on his Punya Tithi.

Interestingly, the next day happened to be V.D. Savarkar’s 131st birth anniversary, and Modi, along with praising Savarkar’s “tireless efforts towards the regeneration of our motherland”, offered floral tributes to his portrait in the Parliament. The installation of that very portrait was itself quite controversial. Savarkar’s portrait was installed in the Central Hall of the Parliament, among all the stalwarts of India’s independence movement, by the Vajpayee-led NDA government in 2003 despite strong opposition to the same.

The stark difference in the way the anniversaries of Nehru and Savarkar were treated by Modi and his followers seems to confirm that half a century after Nehru’s death, the nation has moved to a direction quite different from the one he envisioned. That Modi would choose to ignore Nehru but celebrate Savarkar, a Hindutva icon implicated (but later let off) in Gandhi’s assassination, should not come as a surprise to anyone familiar with Modi’s—and BJP’s—politics. Modi had earlier propped up SardarVallabhai Patel, a lifelong Congressman, as the best “iron-man” Prime Minister India never had precisely because of the latter's differences with Nehru—both actual and perceived—concerning the place of Muslims in India. Trying to create a further wedge between Patel and Nehru, Modi was reported to have falsely claimed, that Nehru did not attend Patel’s funeral.

While only few of India’s 12 Prime Ministers between Nehru and Modi maybe described as Nehruvians, Modi can be seen as the first anti-Nehruvian Prime Minister. Even Atal Bihari Vajpayee, the only other Prime Minister from the BJP, as others have observed, fancied himself as a Nehruvian. As Ramchandra Guha recalls, when a young Vajpayee took charge as the external affairs minister in the Janata Party government of 1977, sycophantic bureaucrats had removed Nehru’s picture from the walls of the MEA office to please the new establishment. Vajpayee noticed the blank spot in his new office and told his secretary “This is where Panditji's portrait used to be…. I remember it from my earlier visits to the room. Where has it gone? I want it back.”

But Modi is no Vajpayee and hence is unlikely to extend similar courtesies. Modi, as the Prime Minister, has also become the Chairperson of the National Committee on the Commemoration of the 125th birth anniversary of Pandit Jawaharlal Nehru. If Modi can carry out this responsibility entrusted in him faithfully and fittingly, he would surprise some of his critics and actually prove that he can rise above political prejudices. However, beyond symbolic gestures, the more fundamental question is what impact the legacy of Nehru will have in the age of Modi.

On the one hand, the Nehru-Gandhi family’s claim to be the legitimate and natural leaders of the Congress party and the country has reached its nadir. But Nehru— being more a democrat than a dynast— would probably be more concerned with what happens to the legacy of democracy he helped built. On the day before his 50th death anniversary, India witnessed yet another peaceful, routine transition of power. This, and the fact a person who once sold chai in the railway station has been able to rise up to become the country’s prime minster, would suggest that Indian democracy, which Nehru and his contemporaries assiduously nurtured, is actually thriving.

While some of the trappings of the Nehruvian state continue to be in place, all of his principal ideas as to what India ought to be are today either partially destroyed or fundamentally under challenge. All the key ideas that defined Nehru’s vision of India— pluralistic idea of nation and a secular state; a state-directed “mixed economy” for creating a “socialistic pattern of society” and a foreign policy of non-alignment— have been in retreat, especially since the late 1980s and early 1990s and hence are in no way Modi’s doing.

This period saw India liberalize its economy and the state retreating in its role as a dominant economic actor. With the fall of Berlin Wall and the Soviet Union, the policy of non-alignment also became redundant. And the overt use of religion for political mobilization, with Ram Janmabhoomi movement that resulted in the Babri Masjid demolition, the secular and pluralistic identity of India was also challenged. Some of the seeds of these changes were laid in the first 25 years after Nehru’s death, during the premiership of Indira and Rajiv Gandhi. But in the last 25 years, Nehruvian ideas have seen a much sharper retreat in public imagination. Today, under Modi, any chance of its revival seems illusory and also, arguably, undesirable in an increasingly aspirational and ambitious India.

The 2014 elections have been truly historic for it gave an unprecedented mandate for the BJP and Modi. Scholars such as AshutoshVarshney have compared this election with India’s first general election in 1952 which elected Nehru as India’s first Prime Minister. What can Modi learn from Nehru’s ascension to power in similar grandeur? The one lesson Modi can imbibe from Nehru is that despite having a very strong mandate to rule the country, both electorally and also in term of the legitimacy attained for leading India to independence, he was largely respectful of democratic norms. He could have easily become an authoritarian leader in the mould of many of the rulers of newly independent nations but instead chose to vigorously build the practices of parliamentary democracy in India.

As Modi’s massive mandate gives rise to a fear of authoritarianism amongst some, it would be useful to look at similar fears expressed by a certain writer called Chanakya in the pages of Modern Review in 1937 when Nehru, as the Congress President, was becoming more powerful than anyone:

“From the far north to Cape Comorin he has gone like some triumphantCaesar passing by, leaving a trail of glory and legend behind him…. Men like Jawaharlal, with all their capacity for great and good work, are unsafe in a democracy.... A little twist and Jawaharlal might turn a dictatorsweeping aside the paraphernalia of a slow moving democracy.”

Chanakya then went on say:

“Jawaharlal cannot become a fascist. And yet he has all the makings of a dictator in him — vast popularity, a strong will directed to a well-defined purpose, energy, pride, organizational capacity, ability, hardness, and, with all his love of the crowd, an intolerance for others and a certain contempt for the weak and inefficient ... His over-mastering desire to get things done, to sweep away what he dislikes and build anew, will hardly brook for long the slow processes of democracy….in this revolutionary epoch, Caesarism is always at the door. Is it not possible that Jawahar might fancy himself as a Caesar?”

While Modi is often compared to Indira Gandhi due to his authoritarian streak, the description of Nehru in the above passages seem to fit Modi more than anyone. Chanakya, it was later revealed, was in fact Nehru itself writing pseudonymously. Though he indulged in some navel-gazing, the article was not merely a note-to-self but also conveyed an enduring message to the public at large. As India prepares itself for deliverance under a messianic leader, these words warning the people about the threat a leader entrusted with vast power and mass adulation can pose for a democracy, is most apposite.

However, in the two weeks he has been in office, while some of Modi’s reforms seem to have strengthened the power of the prime minister visa-vie the rest of the cabinet, his conduct so far seems to convey a form of proactive, rather than autocratic, leadership. But his silence on the brutal murder of a Muslim youth in Pune and the horrific gang-rape and murder of two teenage Dalit sisters in Badaun, had begun to dent his “communicative PM” image, till he brought them up in his maiden speech in Lok Sabha yesterday.

Yet, the goodwill Modi enjoys now is so high that these inadequacies do not matter much to a star-struck public and a new tribe of fawning journalists and intellectuals. With Modi-mania reaching unparalleled proportions, it’s fitting to recall the final words of Nehru’s article which applies to Modi as much as it did to Nehru:

“We have aright to expect good work from him in the future. Let us not spoil that and spoil him by too much adulation and praise. His conceit is already formidable. He must be checked. We want no Caesars.”

Mathew Idiculla is a graduate fellow at the School of Policy and Governance at AzimPremji University, Bangalore.