He also alleged that "the practice of lending without adequate risk assessment" particularly in Nano and small commercial vehicle segment (SCV) caused huge NPA loss to the tune of Rs 4,000 crore to the company and Tata Motor Finance 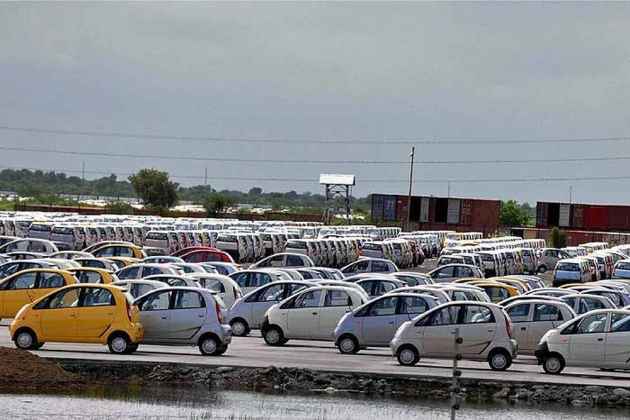 Ousted Tata Sons chairman Cyrus Mistry today said Tata Motors had taken a unanimous decision to discontinue production of loss-making Nano almost a year back, which however continues to be manufactured at a subscale level till date.

He also alleged that "the practice of lending without adequate risk assessment" particularly in Nano and small commercial vehicle segment (SCV) caused huge NPA loss to the tune of Rs 4,000 crore to the company and Tata Motor Finance.

Clarifying on observations by Tata Motors board under its new Chairman N Chandrasekaran in its annual report for 2016-17 that refuted his observations, Mistry said all the areas of concern and potential conflict raised by him were backed by documents as presented in his representations.

On Nano, he said during his time as chairman of Tata Motors, the company tried to make significant product improvements based on market feedback such as an openable tailgate, power steering and an AMT version.

"All these initiatives did not bare fruit. It was only then that an unanimous decision was taken to discontinue the Nano production. It has been almost one year since then," a statement issued by Mistry's office said.

As per SIAM data, Tata Motors produced 952 units of Nano in April-July period this fiscal.

Mistry further said he had drawn attention to "potential areas of conflict of interest in the supply of Nano body shells to Jayem Motors where Ratan Tata has made investments in his personal capacity, thus forcing the Nano production to continue on a subscale basis for almost one year after the original decision had been taken".

"As I understand the Nano today, continues to incur heavy losses," he added.

Sources close to Tata said that the Nano constitutes a very small part of Tata Motors as "out of Rs 280,000 crore revenue, only about Rs 9,000 crore is passenger vehicle and of that Nano is a very small amount".

Sources further said that "it was Ratan Tata himself who had brought it to the attention of the Tata Sons board on his personal investment with Jayem and that there has been no commercial arrangement whatsoever between Tata Motors and Jayem in this regard. Also no confidential information has ever been shared with anyone."

They also said that "fall in commercial vehicle and passenger vehicle market shares happened in five years when Cyrus Mistry was at the helm".

Flagging the issue of "practice of lending without adequate risk assessment", Mistry said particularly in the Nano and SCV segment, it "caused a huge NPA loss in both Tata Motors and Tata Motor Finance, to the tune of nearly Rs 4,000 crore".

He alleged that easy finance had artificially bolstered market share figures and as soon as it was reigned in, there was a steep drop in the volumes of SCV and Nano.

"In case of SCVs', volumes fell by more than 50 per cent," he claimed.

Mistry said the practice was clearly "the biggest reason for the market share loss but not the only one as there were many factors including, inadequate investments in the CV product pipeline etc".

He also dubbed the board of Tata Motors "irresponsible" for not taking action to stem losses as soon as possible but going on to raise "large amount of capital from shareholders" when the company has not been able to pay dividends to them, while many loyal employees were being retrenched.