The recent attack on Tamil writer Murugesan for his short story on alternate sexuality puts the spotlight on the state’s equation with its transgendered community. 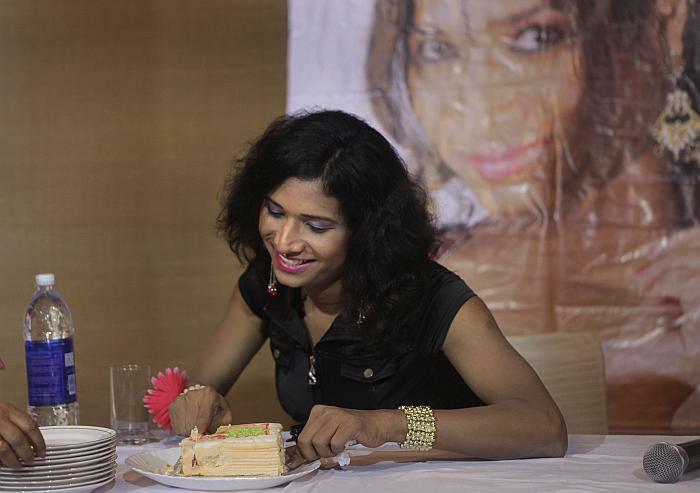 The Tamils’ equation with transgendered persons was one of allowance. And for a people politically indoctrinated to reject religion, the gods have been kind to the transsexuals in Tamil Nadu. They have had their deities and have remained visible in the state. However in recent times, there have been troubling instances of intolerance and violence over the people of the third gender in the state.

In January, Tamil writer Perumal Murugan earned the wrath of political and caste groups for Madhorubagan, or Ardhanareshwarar, a tutelary deity for many transgendered devotees. Then, Puliyur Murugesan, a short story writer, was beaten and assaulted by goons two days ago. Members of the gounder community turned violent over his short story, Balachandran endra peyarum ennaku (I also have a name called Balachandran). The story is about a transexual compelled to marry and play husband to a woman with whom his father forces a sexual relationship.

In mid-January this year, transgender activists led protest marches against Tamil blockbuster filmmaker, Shankar. They accused him of ridiculing and showing a transgendered character, Ojas Rajani, a Mumbai- based makeup artist and hair stylist, in poor light in his mega movie. Members of the LGBT community met with the Censor Board Chairman in Chennai requesting the board to be sensitive to the portrayals of thirunagai or transexuals in Tamil films.

The sting of sexual alternateness was minimized in many Tamil homes with social playfulness that allowed boy children to be dressed and photographed in frocks and pavadais, with flowers in their hair. The Last Pretense is a rare novel by Sarayu Srivatsa of a Tamil brahmin boy Siva whose sexual fluidity is fostered by his parent.

The state’s transgendered people have also been a strong community. Much before gay and queers gathered for visible protests in Indian cities, a small village, Villupuram, near Chennai,  has played host  to the annual Koovagam Festival in April.  Here transgendered and hermaphrodites have gathered in large numbers for many decades for the carnival.  The myth goes that Aravan is a god of the transsexuals and the presiding deity of this folk festival. God Krishna took the form of a woman, Mohini, allowing the prince Aravan to wed and play husband for a night before his eventual death in the Mahabharata war.  Even today the mating rite is played out with many transgendered folk “marrying” Aravanis or “men” for a sanctified night of pleasure. The Aravani Welfare Board is an active body working towards rehabilitation and support for the transgendered in the state.

The bharatanatyam community of dancers, singers and accompanists is predominantly female, but transgendered and queers were a vital part of this arts consortium since ancient times in the South. Dance history even in the early 20th century has had transvestite and gay performers.

Tamil Nadu government has been supportive too by being the first to provide a transgender welfare board since 2008. It is the first state to offer third gender status for ration card holders and scholarships and reservations in educational institutions run by the state government. Since 2009 the Tamil Nadu state government has begun to provide free sex reassignment surgery. This is to counter the many forced penile mutilations that cause infections and health issues many transgendered people go through as part of a rite to join their community.

Transgender and transwoman literature is part of collegiate studies in some Tamil universities. Recent years have also seen the rise of transgender campaigners turning prominent and giving voice to their groups in elections too. Transwomen have played lead in indie Tamil films.

In 2008, India has its first transgendered talk show hostess, Rose Venkatesan nee Ramesh Venkatesan, a web designer educated in the US, who later had a sex change operation and hosted the show Ippadikku Rose. In 2010 the first ever transgender beauty contest was held in Chennai.

And much before Murugesan or others wrote of the third sex in novels or short stories in the 21st century, the intersexual has been an enduring emblem in Tamil Nadu. The 11th century, Chola- era, bronze craftsmen of Thanjavur gave us Ardhanareshwarar, a unique avatar and an androgynous icon that celebrated the plurality of the sexes.