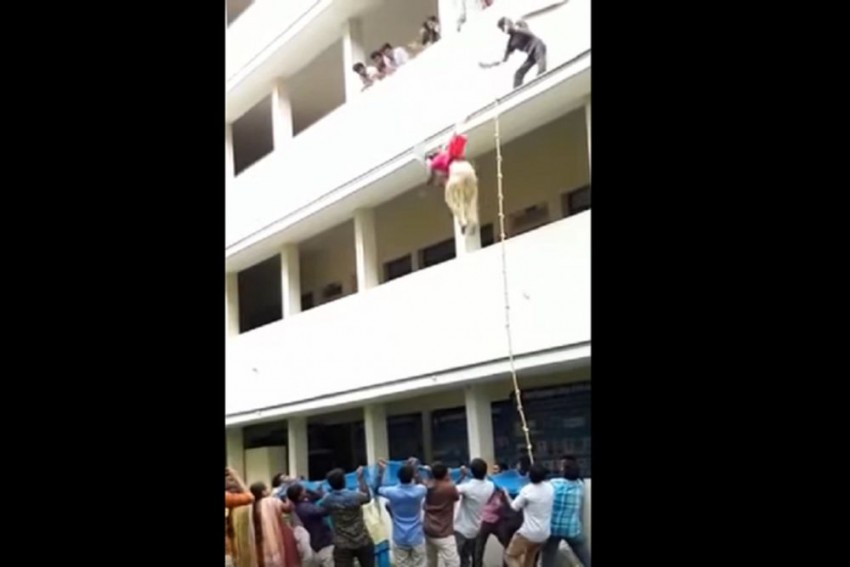 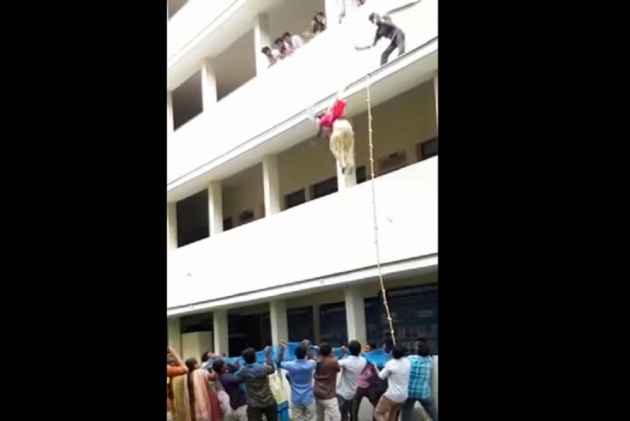 A man, suspected to have helped procure fake certificates for the trainer who prodded a student to jump off the second floor of her college building in  Coimbatore during a disaster management drill, was taken into custody on Saturday.

Ashok, who helped R Arumugam get a fake certificate of the National Disaster Management Authority (NDMA), was picked up for questioning, police said.

The report would be forwarded to the chief secretary, as Chief Minister K Palaniswami has sought a detailed inquiry into the incident from the education and police departments.

The Bharathiar University has also sought an explanation from the Kovai Kalaimagal College of Arts and Science, which comes under its purview, sources said.

They said preliminary inquiry revealed that Arumugam, a native of Tirunelveli, has trained over 1,200 students of various colleges in the last six years and collected Rs 50 from each of them.

The NDMA has asserted that it was not associated with the drill at the college and Arumugam was not authorised by it.

In a video clip of the incident, which had gone viral, N Logeshwari, a second-year BBA student, appears reluctant to take the jump even though a net was held by a group of students to ensure a safe landing.

It showed the 31-year-old trainer pushing down Logeswari, who then hit a sunshade on the first floor.

She suffered serious head injuries and died while being taken to a government hospital on July 12.

Tamil Nadu Chief Minister K Palaniswami had said he has directed the police and the Higher Education Department to take stringent action against those who organised the drill "without obtaining due approval".

Meanwhile, Arumugam was produced before the second judicial magistrate court here and remanded to judicial custody till July 27.

Police said a case has been registered against Arumugam under Section 304 (II) of the Indian Penal Code (culpable homicide not amounting to murder).

Two special police teams have also been formed to investigate the incident.