The April meeting had been cancelled and no new date has been set. 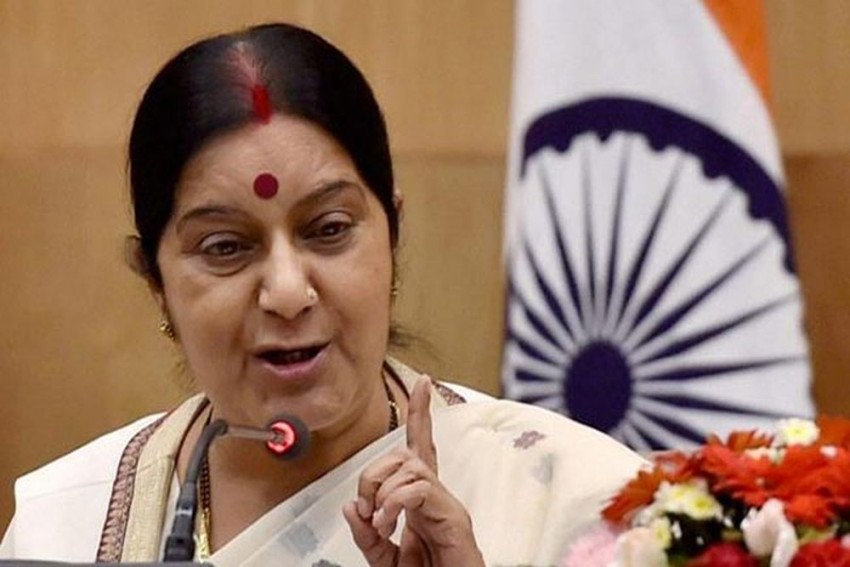 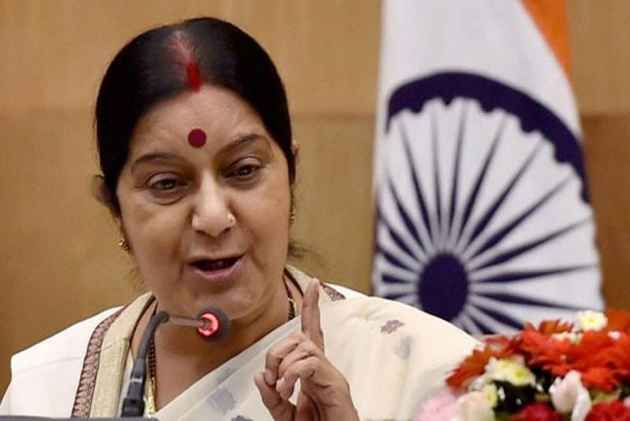 outlookindia.com
2018-04-11T11:29:30+0530
External affairs minister Sushma Swaraj called off a bilateral meeting with her Canadian counterpart Chrystia Freeland, expected to be held in the last week of April, more than a month after a senior Canadian government official said "rogue political elements" in India may have orchestrated the embarrassing invitation of Khalistani militant Jaspal Atwal to a formal dinner with Prime Minister Justin Trudeau in New Delhi.
Highly placed Indian officials told Hindustan Times the April meeting had been cancelled and no new date has been set. Swaraj and Freeland were to meet for a dialogue after the latter invited her to Ottawa when they met in New Delhi on February 22, a day before Prime Minister Narendra Modi met Trudeau.
HT reported that the external affairs ministry of India, however, said no meeting had been scheduled. “All high level meetings are decided through diplomatic channels. As and when such a trip is finalised, an announcement will be made,” an official told the newspaper.
The ties between the two nations turned further bitter after Trudeau did not refute the “conspiracy theory” that Indian government factions sabotaged his trip by approving the visa for Atwal.
Responding to a Conservative leader's question about the "allegations" made by a senior government security source, Trudeau, on February 21, said: "When one of our top diplomats and security officials says something to Canadians, it's because they know it to be true." Adding that it was the previous Conservative government that "torqued the public service every possible way they could."
During Trudeau's visit to India, Atwal was invited to dine with him at a formal event hosted by Canadian High Commissioner to India Nadir Patel. The invite was later rescinded.
Trudeau also received backlash over his wife Sophie Trudeau's photo with convicted pro-Khalistani terrorist. Canadian Member of Parliament (MP) Randeep S. Sarai, however, took responsibility for inviting Atwal to Trudeau's reception dinner in New Delhi.
Jaspal Atwal was convicted of the attempted murder of Punjab minister, Malkiat Singh Sidhu, on Vancouver Island in 1986.
The Canadian Prime Minister, on his first visit to India, received a cold shoulder instead of a warm welcome in February. On his arrival, MoS for agriculture Gajendra Singh and Indian ambassador to Canada Vikas Swarup received at the Delhi airport. But Prime Minister Narendra Modi, who has broken protocols to receive leaders from other countries in the past, didn’t meet him in the first four days.
Despite plenty of photo opportunities, including at the Taj Mahal, Trudeau and his family's tour had been largely ignored by senior members of the Indian government.
The lacklustre welcome reportedly came against the backdrop of Trudeau fighting off disquiet in the Indo-Canadian community and concerns in India that his government was enabling pro-Khalistan elements.
Outlook in one of its cover stories -- Panth And A Foreign Hand -- before Trudeau’s India visit had said that “A new real threat of Khalistani ­terror, fuelled and funded by foreign gurudwaras patronised by liberal white politicians, has revived memories of a blood-drenched era of Punjab’s history”.
The magazine also reported that the December-end ban by a number of gurudwaras in Canada on Indian officials and elected representatives had raised the spectre of a new revival of the Khalistan spirit. Though many gurudwaras in Canada and elsewhere have ignored the ban and questioned its validity, several have enforced, sparking off serious disquiet in the Indian establishment.
Trudeau also attended a Khalsa Day event in Toronto where Khalistan flags and the portrait of former Khalistani militant leader Jarnail Singh Bhindranwale were displayed.