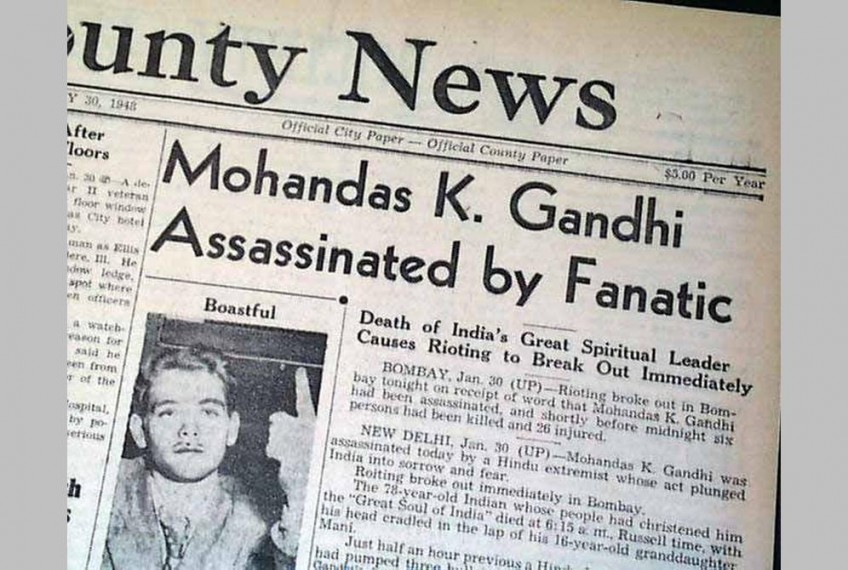 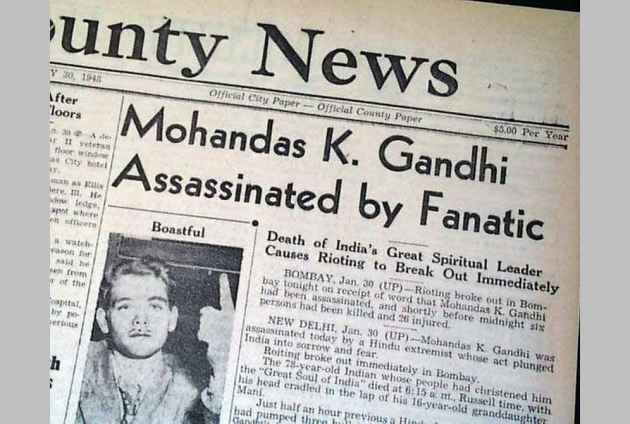 The Supreme Court today asked some searching questions on a plea seeking reopening of the investigation into the assassination of Mahatma Gandhi.

After a brief hearing, a bench comprising Justices S A Bobde and L Nageswara Rao appointed senior advocate and former additional solicitor general Amrender Sharan as amicus curiae to assist the court in the matter.

During the hearing that lasted about 15 minutes, the apex court was initially of the view that "nothing can be done in law" in the case which has been decided long ago.

However, it later told Sharan that its observation was not binding on him to make an assessment of the matter and posted it for further hearing on October 30.

The petition filed by Mumbai-based Dr Pankaj Phadnis, a researcher and a trustee of Abhinav Bharat, has sought reopening of the probe on several grounds, claiming it was one of the biggest cover-ups in history.

Gandhi was shot dead at point blank range in New Delhi on January 30, 1948 by Nathuram Vinayak Godse, a right-wing advocate of Hindu nationalism.

At the outset, Phadnis sought some time to file certain additional documents to buttress his plea that reopening of investigation in the assassination case was required.

"What can we do now at this stage," the bench asked the petitioner, who said that after he filed the plea, he has received certain crucial documents relating to the case.

When the court asked the petitioner about the law of limitation, Phadnis said he was aware of it.

He said that appeals filed by the convicts in the assassination case were dismissed in 1949 by the East Punjab High Court, following which the Privy Council had sent the matter back on the ground that the Supreme Court of India will come into existence in January 1950.

When he said that another person might be involved in firing shots at Mahatma Gandhi, the bench said "we want to go by the law and not by political passion".

"You say that there was someone else, a third person who killed him (Gandhi). Is that person alive today to face the trial," the bench asked.

Responding to the query, Phadnis said that assassination of Mahatma could have been carried out by an organised body.

However, the bench sought to know about the identity of the person and said "we cannot convict an organisation. Do you know whether that person is alive?"

Phadnis, however, said he did not know if that person is alive but investigation should be ordered to ascertain the truth.

At the fag end of the hearing, the bench told the petitioner that it needed legal assistance in the case and asked Sharan, who was present in the court room, to assist it in the matter.

Sharan said he would assist the court and sought some time to go through the documents filed by the petitioner.

Phadnis has challenged the decision of the Bombay High Court which on June 6, 2016 had dismissed his PIL on two grounds -- firstly, that the findings of fact have been recorded by the competent court and confirmed right up to the apex court, and secondly, the Kapur Commission has submitted its report and made the observations in 1969, while the present petition has been filed 46 years later.

In the petition, Phadnis has also questioned the 'three bullet theory' relied upon by various courts of law to hold the conviction of accused -- Nathuram Godse and Narayan Apte, who were hanged to death on November 15, 1949, and Vinayak Damodar Savarkar who was given the benefit of doubt due to lack of evidence.

He has claimed that the Justice J L Kapur Commission of Inquiry set up in 1966 was not able to unearth the entire conspiracy that had led to the killing of Gandhi.

An Economic Slowdown Exposes Chink In Modi's Armour. Time For Rahul Gandhi To Step Up