Let’s add economic suicide to the list of what we have to worry about. Which suicide hotline should we call? 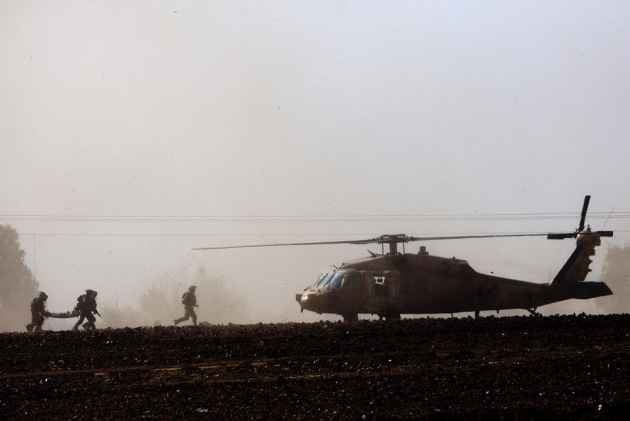 For years, the term “suicide bombers” has been synonymous with terrorist attacks, especially in Israel. The idea of a martyr willing to give his life for a cause while taking out an “enemy” became a feature of modern conflict, especially with resistance movements confronting modern armies.

Oddly enough, the phrase, seems to have blown back today into Israel itself, as its military engages in a much deadlier “suicide mission,” acting like Ahab in Melville’s Moby Dick determined to slay the monster whale while killing themselves.

First, there are the costs to Israel’s economy: with major airlines cancelling flights, there goes the summer tourist season.

Next, Deutsche Welle reports. “The conflict has so far cost Israel’s defence budget more than a billion shekels, some 200 million euros.” Eitan Avriel of the business magazine The Marker suspects that the army will reclaim this money from the government.

“The government has already allocated 400 million shekels to support the communities living along the border with the Gaza Strip,” says Avriel. “However, the greatest loss is the decline in the gross national product, he stressed, pointing out that consumption has virtually halved.”

Needless to say, these costs are hardly as dire as the ones being suffered by the people of Gaza, an overcrowded city that is being destroyed with a growing loss of life. Israel’s casualties are also on the rise.

The Israeli newspaper Ha’aretz reports: “The defence establishment has already presented a request for a supplemental allocation of a billion shekels to this year’s defense budget, as a result of the conflict. In addition, it is estimated that the economy has sustained another 1.2 billion shekels in economic damage in the form of losses suffered by businesses, lost workdays and direct physical damage sustained in Israel as a result of the hostilities.”

Second, Israel’s supporters seem more fanatic and irrational than ever, oblivious to the human costs of its “operation’ and eager to blame the victims of their bombers as “human shields” or legitimate targets. They are also worried about an Iraq replay: an invasion that looked like an easy victory at the start of the “operation” beginning, as it drags on, to look very different. According to the Israeli writer Gilad Altzom:

“In spite of clear Israeli technological superiority and firepower, the Palestinian militants are winning the battle on the ground and they have even managed to move the battle to Israeli territory. In addition, the barrage of rockets on Tel Aviv doesn’t seem to stop.

IDF’s defeat in Gaza leaves the Jewish State with no hope. The moral is simple. If you insist on living on someone else’s land, military might is an essential ingredient to discourage the dispossessed from acting to reclaim their rights. The level of IDF casualties and the number of bodies of Israeli elite soldiers returning home in coffins send a clear message to both Israelis and Palestinians. Israeli military superiority belongs to the past. There is no future for the Jews-only-State in Palestine; they may have to try somewhere else.”

Commenting on this notion of an Israaeli defeat, Marc Ellis writes:

“ … this analysis rests on the assumption that Israel goes to war to win—as in defeat the enemy once and for all. This assumption is false. No Israeli military analyst thinks Israel will win the Gaza war in the traditional sense of that term. Rather Israel goes to war to buy time, to further de-develop Palestinian society and to go about its business elsewhere, say in the West Bank.”

That sounds convincing, except every war produces unanticipated impacts and consequences. Remember how our “victory” over Russia in Afghanistan by the arming the Mujahadin resulted in war lords destroying the country with 50,000 dead and led to the rise of the Taliban and Al Qaeda?

The madness of this suicidal war is playing itself out on every TV screen (except those in Britain and the US that sanitize it). Before it’s over, it will surely further harm Israel’s standing in the world as well as the image of its patron, the United States.

While Washington is busy lecturing Russia on a loss of human life in that plane crash (whose cause has yet to be determined by any impartial body) they are enabling the deadly Israeli bombardment targeting civilians, and now, after so much damage has been done, claim to want to stop it.

In Geneva, the UN has reopened the question of war crimes that never seem to be prosecuted when it comes to Israel, of course, to give the appearance of neutrality Hamas is also criticized as if the massive violence of the invader and the pathetic response of the victim can be equated.

World Crunch reports: “UN human rights commissioner Navi Pillay opened the meeting (of the UN Human Rights Commission, charging that Israel may be committing war crimes in Gaza, where its punitive house demolitions and killing of children raise the “strong possibility” that it is violating international law, according to AFP. “ Predictably, and for good PR, she also condemned Hamas for its “indiscriminate attacks.”

As the war wars on, few in the media bother to ask what else may be at stake. Nafeez Ahmad explains in the Guardian:

“Since the discovery of oil and gas in the Occupied Territories, resource competition has increasingly been at the heart of the conflict, motivated largely by Israel’s increasing domestic energy woes.

Mark Turner, founder of the Research Journalism Initiative, reported that the siege of Gaza and ensuing military pressure was designed to “eliminate” Hamas as “a viable political entity in Gaza” to generate a “political climate” conducive to a gas deal."

Now, Gaza has something more in common than bloodletting with the Ukraine: gas. As Europe is prodded by the US into backing harsh new sanctions on Russia, Germany is already threatened with a potential loss of 25,000 jobs.

Quiet as it’s kept—and it is being kept quiet—Wall Street is furious over the new BRICS bank initiative to challenge American dominance of the global economy. Could that be related to Obama furiously trying to punish Putin? We may never know since no one in the media seems to be investigating.

Meanwhile, The Telegraph is reporting:

“The Dollar’s 70 year old dominance is coming to an end.”

“To understand politics and power it pays to follow the money. And for the past 70 years, the dollar has ruled the roost. This won’t change anytime soon. Something just took place, though, which illustrates that dollar reserve currency status won’t last forever and could be seriously diluted. Last week, seven decades on from Bretton Woods, the governments of Brazil, Russia, India and China led a conference in the Brazilian city of Fortaleza to mark the establishment of a new development bank that, whatever diplomatic niceties are put on it, is intent on competing with the IMF and World Bank.

America’s GDP, incidentally, was $16.8 trillion on World Bank numbers, and China’s was $16.2 trillion—within a whisker of knocking the US off its perch. The balance of global economic power is on a knife-edge. Tomorrow is almost today.”

So now, let’s add economic suicide to the list of what we have to worry about. Which suicide hotline should we call?