Hardik Pandya, who plays for Mumbai Indians in the Indian Premier League (IPL), underwent a surgery for an acute lower-back injury in October and is not expected to make a comeback before the cash-rich T20 league, beginning March 29 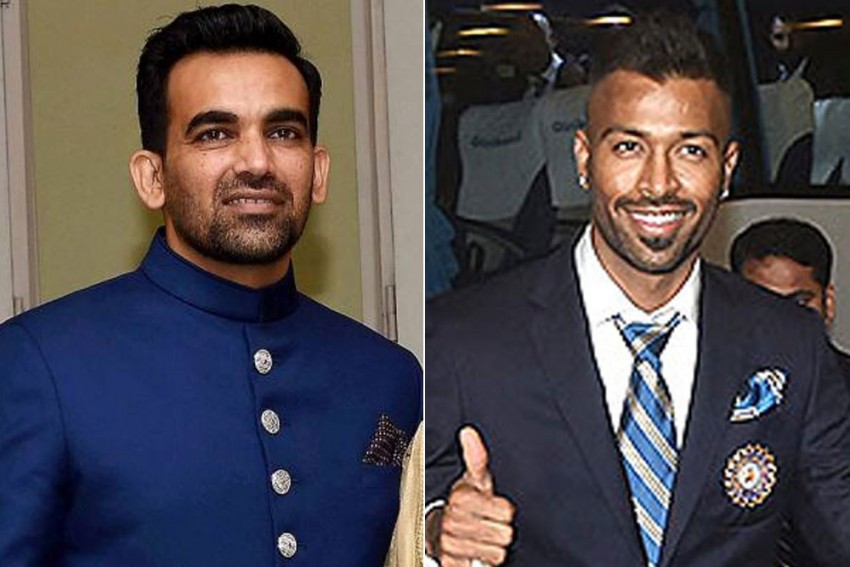 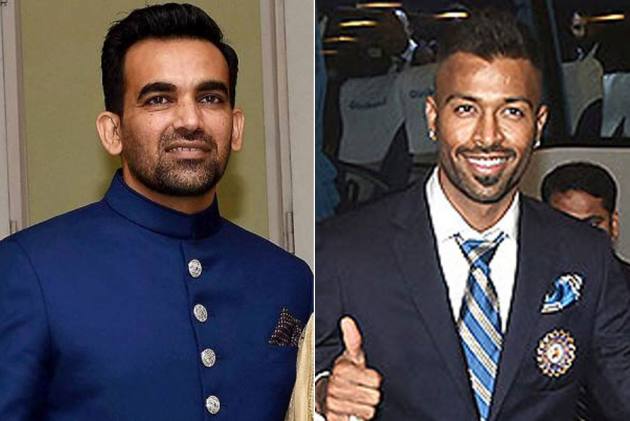 Former India speedster Zaheer Khan on Monday advised injured all-rounder Hardik Pandya to be patient and not rush his comeback from a back injury. (More Cricket News)

Pandya has been out of action since September and underwent a surgery for an acute lower-back injury in October. The 26-year-old, who plays for Mumbai Indians in the IPL, is not expected to make a comeback before the cash-rich T20 league, beginning March 29.

"For MI, IPL is still a long way away, and for Hardik it's important he should take his time to comeback 120 percent. I can say it by experience, when anyone goes through injuries, it's not about coming back, it's about how you come back," Zaheer, who himself made multiple comebacks after being injured, told reporters in Mumbai.

Zaheer is director of cricket operations at Mumbai Indians.

"You have to be patient through that process and you have to listen to the team which is around you - the support staff, be it your doctor, your physio, your trainers. Those are the key people one should communicate with and control the controllables.

"I have always been advising everyone in the same fashion: you have to take your time; you cannot be impatient and rush your comeback. It's about when you come back, it should be in for a long haul," he said.

Pandya is undergoing rehab and also failed a fitness test which delayed his comeback bid.

Asked if he has spoken to Pandya recently, Zaheer said: "I have (spoken to him). I will say this to anyone who is a sportsman and is going through an injury phase. It's frustrating at times when you're away from the game, but it's very important to stay patient and control things in your control. It's about listening to your body..."

Zaheer interacted with kids of Mumbai Indians Junior, an inter-school programme organised by the IPL franchise.

"New Zealand was having a tough time; they tried to find answers to beat this Indian team. But I feel 5-0 victory is a huge achievement. They should take a lot of pride from what they have done from the New Zealand.

"It is definitely going to be a tough (ODI) series for New Zealand for sure. For India, it is about maintaining that momentum and carrying the confidence from previous series win to the ODI and Test matches," he said.

Asked whether injury to senior pacer Ishant Sharma could affect the India attack in New Zealand, Zaheer said there was no need to worry as bench-strength was good. Ishant, who had twisted his right ankle during a Ranji Trophy, is unlikely to recover in time for the Test series beginning February 21.

"What was the result in the previous series? It's not about that; it's about putting up a team there together. That's the strength right now this Indian team has. The strength of any squad is seen with their bench strength as well. We are in a position at the moment where the talent and pool of players we have is excellent,” said Zaheer.

"The roles are shared by different people. We are in a great space as a team at the moment with regard to that," he said.