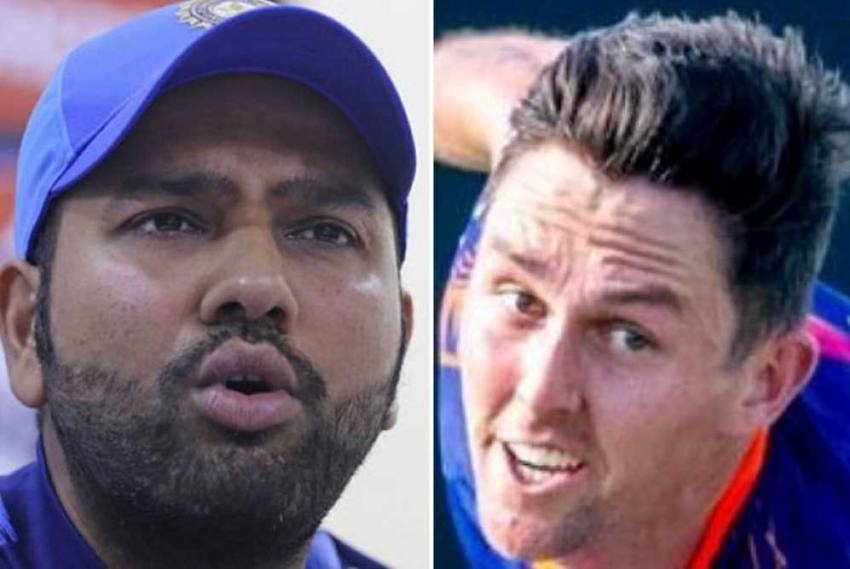 It will be interesting to see how Rohit Sharma will tackle Trent Boult when the two sides meet in the World Test Championship in Southampton starting June 18.
File Photos
PTI 2021-06-12T15:27:49+05:30 WTC Final, IND Vs NZ: Virender Sehwag Says, Contest Between Trent Boult and Rohit Sharma Will Be Exciting 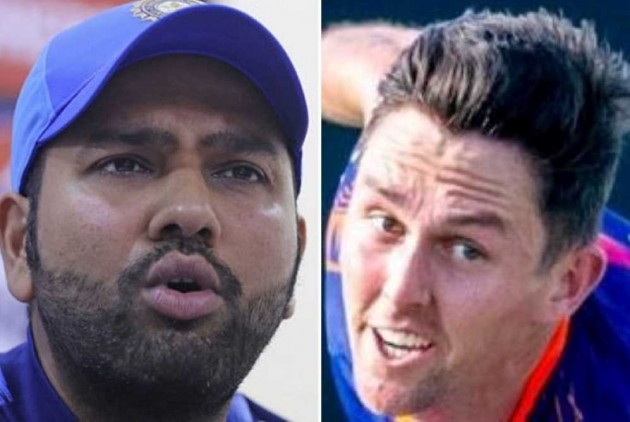 Opener Rohit Sharma countering Trent Boult's incoming deliveries will make for a fascinating contest, something that Virender Sehwag will be looking forward to during the World Test Championship final between India and New Zealand, starting in Southampton on June 18.
(More Cricket News)

Sehwag, who redefined the art of opening batting in Test cricket, feels that Rohit's qualities and recent form at the top of the order certainly makes him a candidate to succeed during the six Test matches in England this summer.

"No doubt Trent Boult-Tim Southee combination will pose a lot of challenge for Indians. They can move the ball both ways and are brilliant while bowling in partnerships also," Sehwag said during an interview. New Zealand pacer Trent Boult plays for Mumbai Indians led-by Rohit Sharma in the Indian Premier League.

"Boult vs Rohit Sharma will be a contest that I would be looking forward to. If Rohit gets set and see off Boult's opening spell, it will be a treat to watch," feels one of India's greatest match winners in the longer format.

While this would be Rohit's first shot at opening in English conditions, the experience of playing Tests in 2014 will certainly help him.

"Rohit is a fantastic batsman and he has played Test cricket in England earlier also (2014) so I think he can manage well as we have seen in recent times when he has opened the batting. I have no doubt that he will score runs in England this time.

"Obviously, as it is for any opener, he would have to be careful for the first 10 overs and see off that new ball to understand the conditions first. I am sure he will get a chance to show his range of strokes," said the man, who has scored more than 8000 Test runs.

If there is one player apart from Rohit, who can be as maverick as Sehwag was during his glory days, it is Rishabh Pant, who is going through a purple patch in his international career.

Sehwag wants Pant to bat the way he knows and not get bogged down by too much analysis and dissection about technique and temperament needed to be successful in England.

"Rishabh Pant knows his batting better than anybody else and he should focus on what he can do best for the team rather than get worried about what ex-cricketers, commentators and media is saying," Sehwag said about the keeper, who has already scored a hundred in English conditions during the tour of 2018.

"The focus for Rishabh should be one one ball at a time. If the ball is there to be hit, he should hit it. I don't think he needs to change approach as he has got success with the same approach and Test matches are different ball game.

"Of late, he has understood his role in the team and he is a very critical player for India in Test matches coming in at No 6. If he gets set and starts scoring runs, he can change the game in a session and we have all seen that."

Once and for all, Sehwag also wants to put at rest the debate around Cheteshwar Pujara's "strike-rate" and "intent".

"In Test cricket, I don't think strike-rate has ever mattered. When I played Test cricket for India, after me there was a Rahul Dravid, Sourav Ganguly and VVS Laxman coming into bat. All of whom played with a Test strike rate of 50s mostly which was perfectly fine," Sehwag said.

"The most important aspect will be to bat well and for that you need to stay and build an innings. I am happy as long as Pujara is scoring important runs for the team. Till he scores runs at whatever strike rate it is, I am okay with it," he said.

Sehwag also believes that rather than going in with four pacers, India should go with two spinners in their five-man bowling line-up as it would also strengthen their lower middle-order batting.

"I don't how the wicket would look like on June 18th but one thing I have always believed is that you need to play to your strengths. If India can play with five specialist bowlers that will be great thing because I still believe that two spinners will come into effect on fourth and fifth day.

"Two spinners will be good for India because both Ashwin and Jadeja are capable all-rounders. That also adds depth to your batting. You don't need a sixth batsman with both of them around."

"The mental toughness questions are very relevant in today's day and age and more than 30 top players have addressed those queries and shared their knowledge and experience.

"I remember talking to Chris Gayle when he first came to the Windies team and didn't score runs. He couldn't sleep for a couple of days and he made sure whenever he gets chance he wont let it go," Sehwag signed off.