Amit Panghal will face Uzbekistan's Shakhobidin Zoirov in the World Boxing Championships 2019 men's final in Russia. Here are the live streaming details of the match. 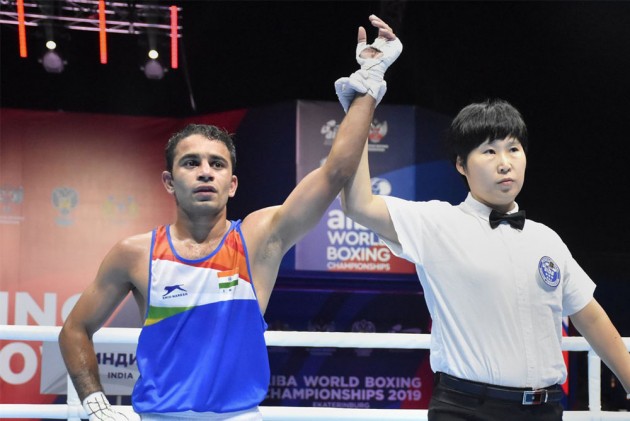 Amit Panghal (52 kg) will be aiming win a gold medal, after becoming the first Indian to reach the finals of World Men's Boxing Championships in Ekaterinburg (Russia). In the final, he will be facing Uzbekistan's Shakhobidin Zoirov, the reigning Olympic champion. The match is scheduled for September 21.

"I am obviously very happy but there is an unfinished business as of now. I have worked really hard and I would like to ensure that I get the best prize," Panghal told PTI after the match.

The World Boxing Championships' summit clash between Amit Panghal and Shakhobidin Zoirov will take place on September 21, at 7:30 PM IST.

The bout will take place in Ekaterinburg (Russia).