England won the 2019 Cricket World Cup on home soil after being knocked out of the 2015 edition in the group stages. Many teams will now have one eye on India in 2023. 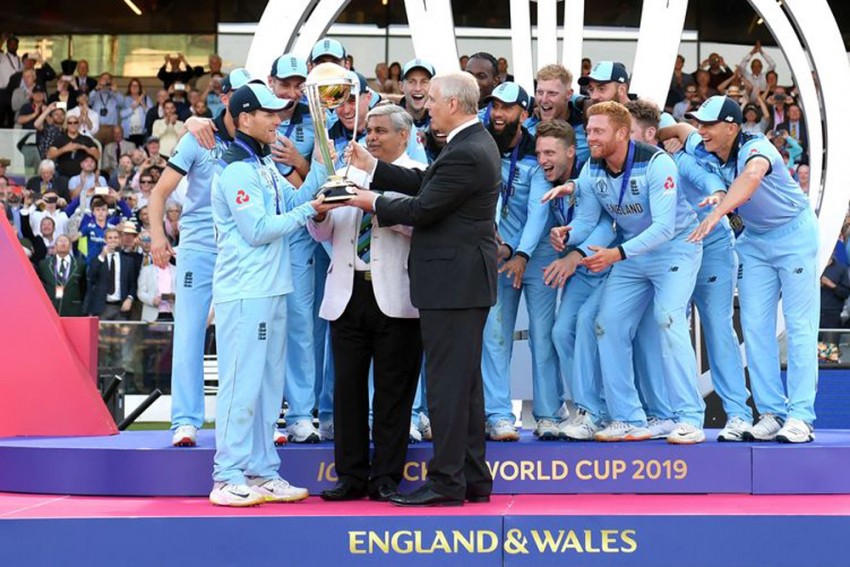 Eoin Morgan’s side have shown the way, going from a group stage exit to lifting the trophy on home soil on a remarkable four-year journey.
Getty Images
Outlook Web Bureau 2019-07-18T16:07:56+05:30 With 2019 ICC Men’s Cricket World Cup Complete, The Focus Now Shifts To India In 2023 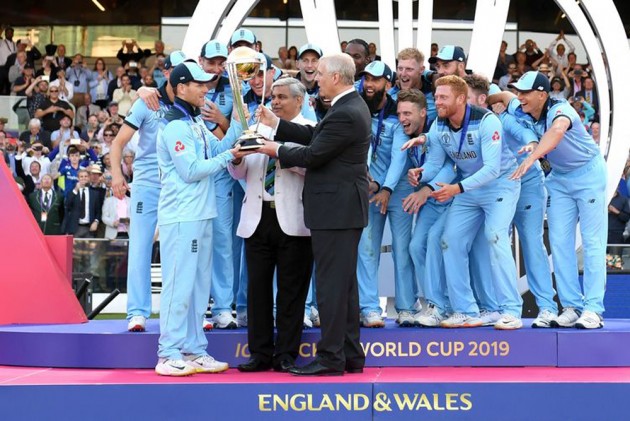 The ICC Men’s Cricket World Cup 2019 is in the books and you can be sure that every team has already begun planning to try to succeed England as champions in 2023 in India.

Eoin Morgan’s side have shown the way, going from a group stage exit to lifting the trophy on home soil on a remarkable four-year journey.

From the moment they were eliminated in 2015, they began planning for this year’s event, and it was no surprise to hear many of those teams knocked out this year holding up England as the example to reverse their fortunes.

Once again, it will be a 10-team tournament, with seven teams qualifying through the inaugural ICC World Cup Super League, while two further teams will join those seven and hosts India from the 2022 Cricket World Cup Qualifier.

The Super League begins in 2020 and runs through to 2022, featuring the 12 full ICC members (ten 2019 World Cup nations along with Ireland and Zimbabwe), as well as the Netherlands, who qualified through the 2015-17 ICC World Cricket League Championship.

Each team plays eight series against Super League opposition, four at home and four away, starting with Ireland’s three-match series against Bangladesh next May and concluding in March 2022 with Afghanistan against Australia.

It is hard to know who will play a key role in the 2023 World Cup, after all who would have predicted Jofra Archer would take the ball in a Super Over four years ago?

However there were enough standout performances from young players in England to give us an indication of those who may be established stars by the time the competition reaches India.

One team who will look to 2023 with plenty of confidence is Pakistan, for whom 19-year-old Shaheen Shah Afridi recorded the best figures of the tournament with his 6/35 against Bangladesh.

Shaheen took 16 wickets in five games, and along with batting pair Imam-ul-Haq and Babar Azam, 23 and 24 respectively, Pakistan have a promising young core to build around.

The same can be said of Afghanistan, winless in 2019, but with a pair of standout teenagers in Mujeeb Ur Rahman and Ikram Ali Khil, not to mention 20-year-old Rashid Khan. Mujeeb was Afghanistan’s standout bowler in England and is still just 18, the same age as Ikram, who finished the tournament with a record-breaking 86 against the West Indies.

The side from the Caribbean also had plenty of promising performers of their own who should be even more of a threat in 2023.

Shimron Hetmyer (22) and Nicholas Pooran (23) each had their moments with the bat, while Oshane Thomas burst onto the scene in the opening win over Pakistan and was the youngest member of the Windies squad.

Add in the likes of Avishka Fernando of Sri Lanka, Bangladesh’s Mustafizur Rahman and India’s Rishabh Pant, and there are plenty of young stars who will only improve in India in very different conditions.

Over the last four years, the game has changed dramatically. As the rest of the world tries to catch England, it may do once again.

What is certain is there will be nine teams ready to dethrone the champions in 2023, the journey starts now.