Having been seeded third, world number two Rafael Nadal will have to come through a horror run of fixtures to win at Wimbledon this year 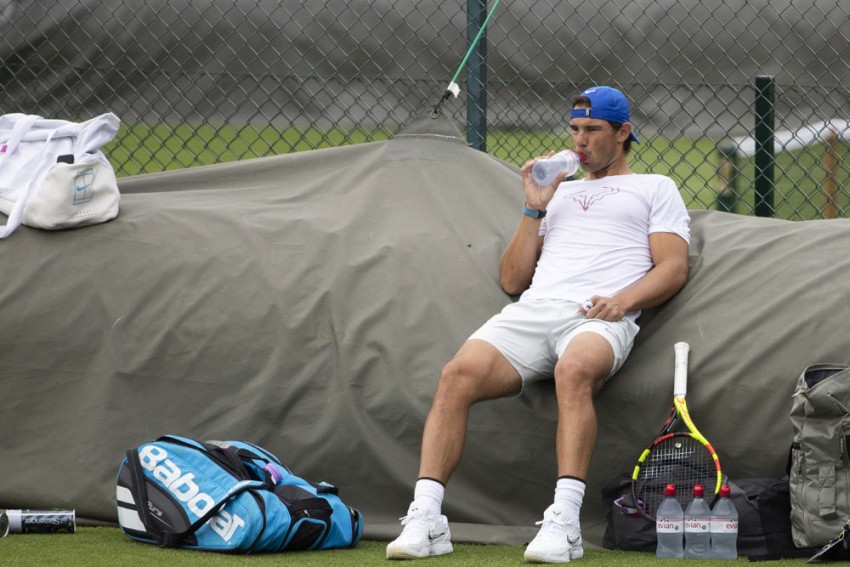 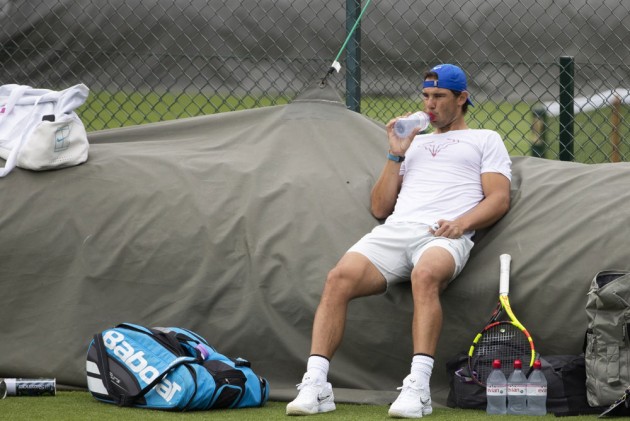 Rafael Nadal was unhappy about the prospect of being seeded third at Wimbledon, behind world number three Roger Federer, before it was even confirmed.

And the Spaniard's mood was unlikely to have been improved by the All England Club draw on Friday.

There are potential banana skins throughout Nadal's path to a potential last-four meeting with Federer, even before the possible final against defending champion and world number one Novak Djokovic.

We run through the route Nadal must take if he faces the highest seed possible at each hurdle...

Third seed @RafaelNadal is in the third quarter of the draw.

His projected @Wimbledon draw (based on seedings).

Nadal can at least have few complaints with his start. He faces qualifier Sugita, who is ranked 258th and has never been past the second round at a grand slam.

Things quickly get tricky for Nadal, though. Kyrgios is an unpredictable talent, as likely to claim a big scalp - he has won three of six against Nadal, including their Wimbledon 2014 meeting - as he is to storm off the court in a rage.

Still just 20 years old, Shapovalov's star has continued to rise since defeating Nadal in their first meeting in 2017. He took a set off Djokovic at the Australian Open this year.

Cilic has endured a tough season so far, but he is a former major champion and reached the Wimbledon final in 2017. Nadal retired as he trailed in the fifth set when the two last met at a grand slam in Melbourne last year.

In any other generation, Thiem would have a handful of major crowns already. Even with Djokovic, Nadal and Federer on the circuit, he has caused problems, reaching back-to-back French Open finals. Defeats to Nadal on each occasion at Roland Garros will have Thiem, who has four wins against the Spaniard, out for revenge.

Controversially seeded second, few would bet against Federer living up to that listing. The 20-time grand slam champion has triumphed on a record eight occasions at Wimbledon, winning two of three All England Club clashes with Nadal - all of which had been finals before this year.

Get through that horror run and Nadal's reward will likely be the top-ranked Djokovic, who knocked his rival out in a classic in the last four in 2018. Djokovic was dominant when the pair met again in the Australian Open final in January, winning in straight sets.

Cori Gauff Vs Venus Williams: Everything You Need To Know About Wimbledon's Youngest Qualifier