New Zealand will play in a second successive Cricket World Cup final – having lost to Australia in 2015. Kane Williamson's captaincy has been a talking point. 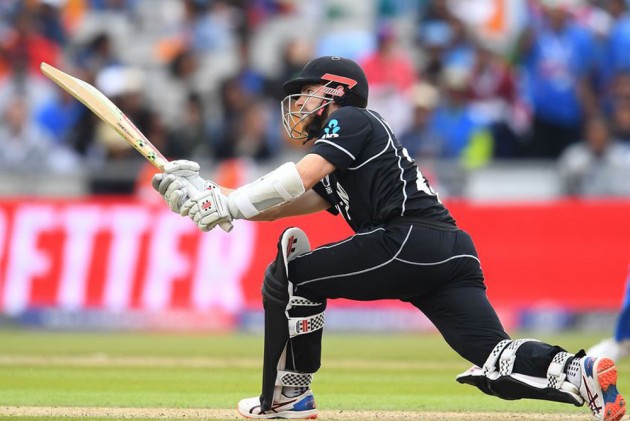 While knockout games can always produce surprises few felt New Zealand could beat India in this semi-final. But beat them they did, by 18 runs, in a low-scoring match that few gave them any hope of winning at the halfway stage, after they’d posted 239 for eight.

In a way, it was classic New Zealand, a team that feeds on scraps and has made, perennially, the most of what it has got, which is not a fistful of superstars. Although never World Cup winners, the Black Caps have made the semi-final stage eight times in the 12 World Cups played.

Curiously, this will be only their second final, a curio perhaps from the soundest tournament team in world cricket.

They say that the best players and teams still deliver when below par and win ugly, well, New Zealand know how to do that. Their batsmen rarely give up their wickets easily while their bowlers don’t overthink their task. They stick to the basics revealing snippets of flair only when the situation is under control, though that does not include Ross Taylor.

The team are well led, by Kane Williamson, who despite his slight stature provides impressive heft to their batting. Coming in at three, he is almost as reliable as the atomic clock, being determined and unwavering in his quest to score big runs for his team.

Before the semi-final he’d made 481 runs at 96.2 in this World Cup (32 percent of New Zealand’s runs to that point) but the 67 he made on the first day of this rained-over semi-final had a worth beyond rubies.

After all, it had been him who’d decided to bat first under glowering Manchester skies and on a pitch offering assistance to all bowlers. It was also him, in concert with Taylor, who probably felt 239 for eight was a better score than it looked.

When most watching had tut-tutted the pair for showing too much caution, they appeared to have confidence in the score they were setting.

How many other modern one-day captains would have been happy with their team racking up 158 dot balls (over half their allocation)?

But it shows the faith Kane Williamson had in his reading not just of the conditions but the situation as well, and in not underestimating the pressures that buffet big events like semi-finals.

ALSO READ: MS Dhoni's Knock Vs New Zealand Shows He Has A Lot Of Cricket Left In Him: COA Member Diana Edulji

More importantly, the team trusted him and Taylor to do it their way and while a few wickets were thrown away in the hurly-burly of the restart on Wednesday morning, there remained the belief, in the body language of the captain, bowlers and fielders, that there was still a final to fight for.

New Zealand are by no means a one-man team but Williamson’s role as playmaker and leader cannot be understated.  His has been a side beset with problems from a malfunctioning top order to a misfiring middle-order. Williamson has therefore been almost the main provider of runs, along with Taylor.

With not many runs being added from elsewhere, he has had to marshal his bowling resources shrewdly.

Interestingly, the first thing he did was to dispense with his leg-spinner Ish Sodhi, despite many predicting wrist spin would dominate the wickets column in this World Cup.

Yet it has not just been about subtracting but adding value as well. In the spirit of his predecessors, he makes what he does have go a long way. In that respect, he’d make an excellent Chancellor of the Exchequer.

Even during this semi-final at Old Trafford, when India rallied strongly through a 116-run partnership from Ravindra Jadeja and MS Dhoni, he kept his team focused and calm.

Runaway emotions can cause havoc to well-laid plans and Williamson likes a plan, which means he has to be good at maintaining clear heads.

Fittingly, then, it was him, with not the hint of a wobble, who pouched the two skied catches from Ravindra Jadeja and Hardik Pandya that sealed India’s fate.

While New Zealand’s batting has been heavily reliant on those mentioned - both Taylor (74) and Williamson (67) were top-scorers in the semi-final - New Zealand do possess an impressive bowling unit.

They also have a tall, studious spinner in Mitchell Santner, and some back-up seam bowling from Jimmy Neesham and Colin de Grandhomme.

If they have a weakness, it is perceived to lie with those last two, though Neesham is having a decent World Cup with bat and ball.

Most of all they have operated under the radar of being one of the fancied teams, which suits them perfectly.

Forever in the shadow of the country’s all-conquering rugby team, the All Blacks, people will have to pay heed if they pull a rabbit out of the hat and win this Cricket World Cup.

After the meticulous way they dispatched India in the semi-finals, you’d be a fool to bet against them especially if they can get their big-hitting opener, Martin Guptill, back in the runs.

If a team firing on two cylinders can reach the World Cup final, one firing on three can surely win it.