Lallianzuala Chhangte believes that the competition for places in the National Team has increased over time, as the players constantly look to improve themselves 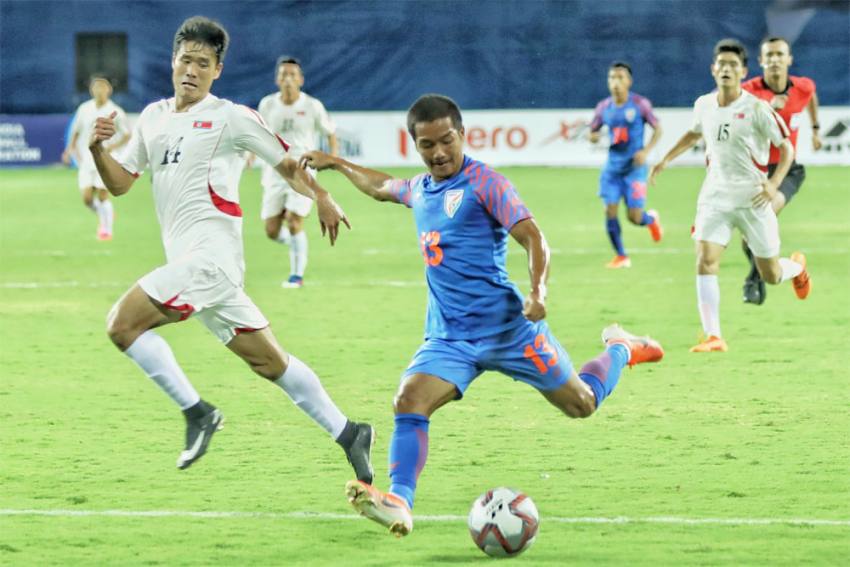 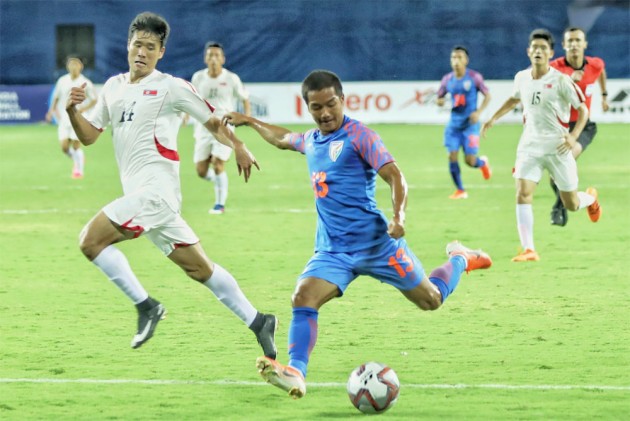 Lallianzuala Chhangte, who hogged the limelight for scoring a brace on his Indian national team debut against Nepal in the SAFF Suzuki Championship in 2015, revealed how skipper Sunil Chhetri's words 'pumped’ him up to ease the pressure on the landmark day of his football career. (More Football News)

"I was a bit nervous playing alongside the legend, Sunil-bhai. He's the best who I have played with until now. I was just a kid at that time. He probably realised that and called me when I replaced Sanju-bhai (Pradhan) at half-time. He kept his hand on my shoulder and that took the pressure off me," Chhangte recalled during an interactive live session on the Indian Football Team Facebook page.

"His words still ring in my ears whenever I hit the football ground. He said, ‘When you are in our half, release the ball fast and try to maintain the shape. But, when you are in the attacking third, never be afraid to take risks. You have the potential. Just be yourself and play your natural game’," he continued, "It was amazing. I was so pumped upon hearing that from our captain, a living legend on his own rights. Everyone treated me like a younger brother, and I felt at home."

Thanks to Rowllin Borges and Chhetri who scored a goal apiece after Bimal Magar netted for Nepal in the third minute, India took a 2-1 lead around the 70-minute mark. Zuala, as the 23-year-old midfielder is fondly called within the team, scored twice within the last ten minutes of regulation time to confirm a comfortable 4-1 victory for India on December 27, 2015.

"Jeje chested down the ball and laid it towards me. I went past one defender and slotted it at the right top corner. I couldn't believe it in the first place but then I realised what I have done," Chhangte said, fondly looking back at a framed Blue Tigers jersey on the wall, the one he was wearing when he had scored the goal he just described.

Incidentally, the goal put him in Indian Football history as the third-youngest international scorer for the Blue Tigers after Jerry Zirsanga and Bhaichung Bhutia.

If that goal was a belter, the next one was probably even better. His off-the-ball run was rightly gauged by Rowllin Borges, who had opened India's scoring that evening. As Chhangte cut his loose of his marker, Borges put in a long ball for him and the former headed it home. Meanwhile, Chhnagte heaped praises on Borges for the sublime assist during the interactive session.

"Oh! What a ball it was from Borges-bhai! You have to be very special to provide such a gem of a ball! Thank you, Borges-bhai," the Mizoram-based winger stated, "I cut in diagonally and he lobbed it to me. Thankfully, I could head on time and it went in. Everyone just went berserk, so did I!"

Even after such a glaring debut, he had to wait more than two years to earn his first start for the Blue Tigers when the team flew to Dhaka, Bangladesh to participate in the next edition of the SAFF Suzuki Championship.

"I remember it was against Sri Lanka in Dhaka. Singing the national anthem alongside my teammates gave me goosebumps, it still does. Honestly, I could not wait for the referee to blow the kick-off whistle," the winger quipped.

He added another one to his international tally that night (September 5, 2018) to confirm India's 2-0 victory over the neighbours, which, in turn, consolidated India's position at the top of group B over the Maldives and Sri Lanka.

Under the aegis of Igor Stimac, Chhangte has continued to improve and he has shown promises time and again. He scored another alongside Sunil Chhetri against eventual winners DPR Korea in the Hero Intercontinental Cup 2019 in Ahmedabad, Gujarat on July 13, 2019.

The 23-year-old believes that the competition for places in the National Team has increased over time, as the players constantly look to improve themselves."It's (the competition) a steep one and honestly, it's getting tougher every day. But, this is good, as it pushes and motivates me to become a better player. I shall continue working harder," an upbeat Chhangte said.