Ronald Koeman has demanded Barcelona put together a winning run until the end of the year, with six LaLiga games remaining in December. 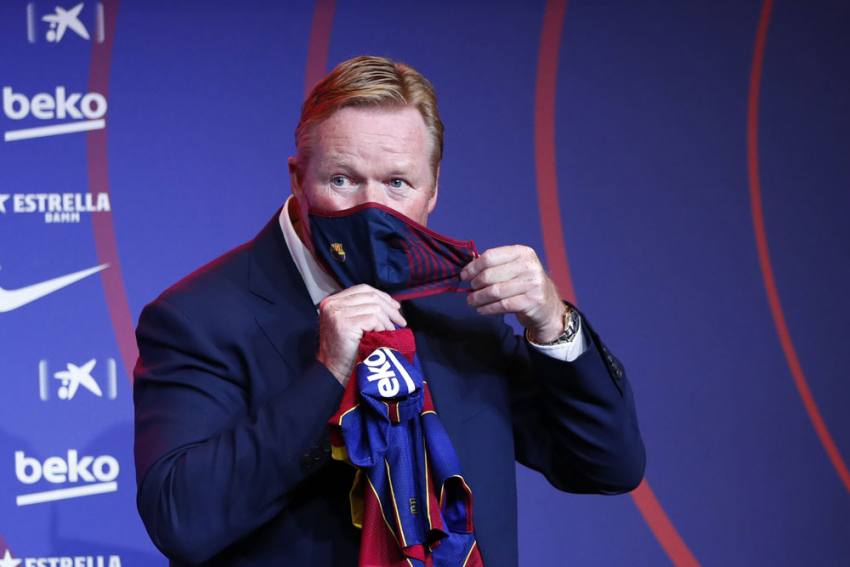 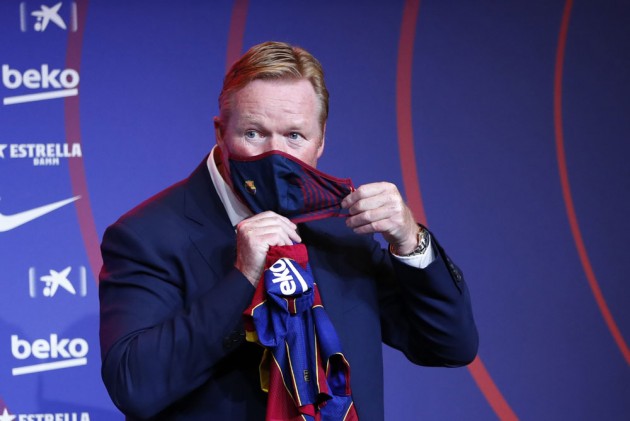 Ronald Koeman has told Barcelona they must win all their remaining six games in 2020 to stay in the LaLiga title hunt. (More Football News)

A rocky start to the campaign has followed the turbulent end to last season, which came to a head with the 8-2 thumping by Bayern Munich in the Champions League.

Tension was then created when Lionel Messi tried to push through a close-season exit, while the effect of the pandemic has also hit Barcelona hard, causing off-field strife, with the early departure of president Josep Maria Bartomeu bringing club elections forward to January.

A whole host of distractions appear to have taken a toll on Barcelona's first-team squad, with three defeats in their opening nine LaLiga games leaving coach Koeman with a tall order to reel in the early front-runners.

Real Sociedad, Atletico Madrid and Villarreal are the surprise top three, with Real Madrid fourth and Barcelona seventh heading into the weekend.

Koeman feels there is no room for error now, saying: "Atletico win their games, they concede few goals. The season is long, but we cannot lose more points and until the end of the year - we have to win all the games."

We need to win all the games until the end of the year.
— @RonaldKoeman pic.twitter.com/HaW7qTVbor

On Saturday they tackle a Cadiz side who sit sixth, a point ahead of Barcelona albeit having played two more games.

Cadiz beat Real Madrid earlier this season, however, so Koeman is taking their threat seriously.

Koeman is trying to see a bright future for his team, and despite stressing the need to string together wins, he would not go further into what a defeat to Cadiz might mean.

"You have to answer when things happen, I prefer to think that you can win games and be positive," he said.

Cadiz have taken 13 of their 15 points this season away from home, and their last league win anywhere came in October. It suggests Barcelona may be facing last season's Segunda Division runners-up at a good time.

Cadiz have also not beaten Barcelona in LaLiga since May 1991, when Koeman lined up in a championship-winning Johan Cruyff team that suffered a 4-0 humiliation.

Barcelona have won all six of the league games between the sides since, but head into this weekend on a rough run away from Camp Nou.

Koeman's side have taken only one point from their last three LaLiga away games and are desperate to avoid a fourth such match without a victory. The club last endured such a dry run on the road when Frank Rijkaard's team went six without winning from March to May in 2008, with Pep Guardiola soon stepping in to shake up the side.

"Normally we will have a lot of ball against a defence like that of Cadiz," Koeman said.

"We will have to be patient. It seems to be more difficult for them to win at home, but they are achieving good results [overall this season], and it is a difficult ground where we must be focused to play at our level and score goals."

If Messi finds the net, it will be his first goal against Cadiz in LaLiga. Barcelona's record goalscorer has scored against 37 of the 40 sides he has faced in the competition, with Xerez, Real Murcia and Cadiz being the exceptions.

Messi has, admittedly, only played against Cadiz once previously.