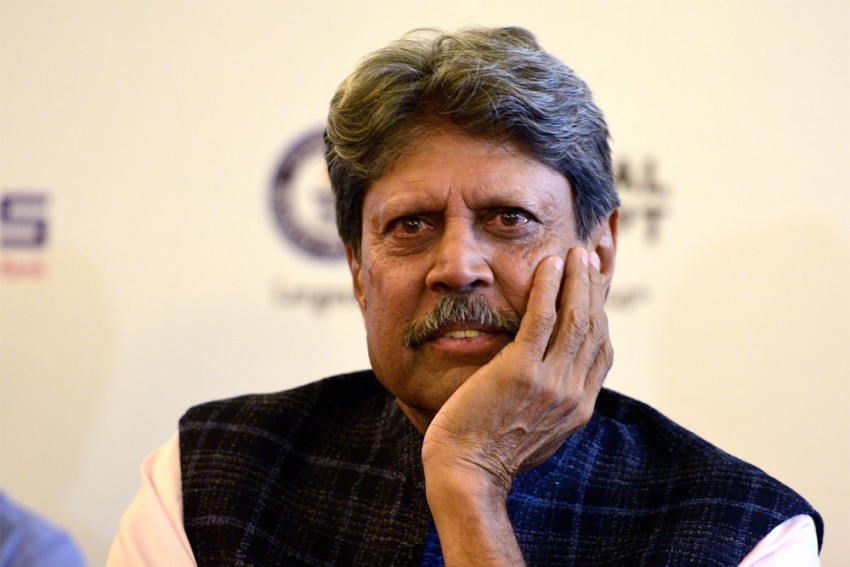 The World Cup-winning former skipper however assured that his panel will do their job to the best of their ability.
Twitter
PTI August 01, 2019 00:00 IST Virat Kohli's Opinion Regarding Head Coach Selection Needs To Be Respected: Kapil Dev 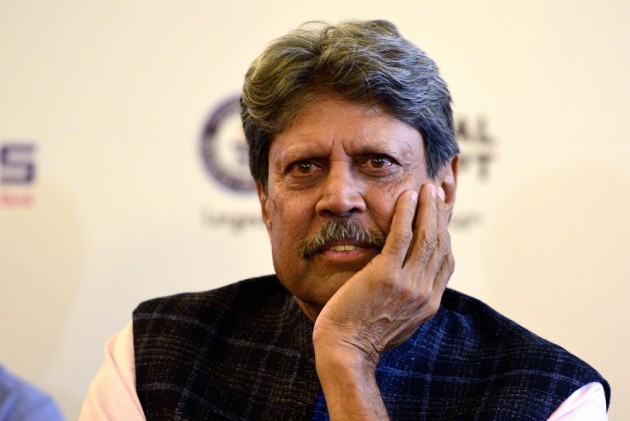 The legendary Kapil Dev, head of the three-member Cricket Advisory Committee (CAC) that will appoint the next head coach agreed with his colleague Shantha Rangaswamy that skipper Virat Kohli's opinion "needs to be respected".

The World Cup-winning former skipper however assured that his panel will do their job to the best of their ability.

Kohli during his pre-departure press conference didn't hide that he would love to see current head coach Ravi Shastri get another term.

"That's his (Kohli) opinion we have to respect everybody's opinion," Kapil told reporters before receiving the 'Bharat Gaurav', East Bengal's highest honour during their foundation day celebrations at the Netaji Indoor Stadium.

Before leaving for the West Indies tour, the Indian skipper has already made it clear that they share a great camaraderie with incumbent coach Ravi Shastri as he backed him to continue till the 2021 Twenty20 World Cup.

This time the CAC comprising Kapil, Anushuman Gaekwad and Shantha Rangaswamy will select the head coach with application deadline already ending on Tuesday. The incumbent Shastri gets an automatic entry in the selection process.

Before the CAC meets to interview the applicants there are also reports that Shastri is set for an extension as all eyes would be on the Kapil Dev-led committee.

"It's not tough. You just do your job to the best of your ability," he said.

Despite a boycott campaign by a section of fans in the social media, India's first World Cup-winning captain kept his promise and received the honour from the club where he played an exhibition derby against Mohun Bagan way back in 1992.

Kapil lauded the die-hard red and gold fans over generations for their loyalty through the past 100 years.

"I can understand up to one level players are important. But if any club survives for 100 years you must respect the spectators. They carry the club and the name."

In terms of rich tradition, he drew a parallel with the coveted Wimbledon, the oldest tennis tournament of the world.

"We respect Wimbledon because they have a tradition way of playing on grass. Don't lose your tradition whichever side you come from. I am more fascinated with the fans than the team as they have been supporting the club for 100 years."

"Tradition is everything. If tradition was not there we would not have been recognised as a Bengali, Punjabi, South Indian, Tamilian... So we have a tradition that's why we are here," Kapil said, flanked by present and former India football skippers Sunil Chhetri and Bhaichung Bhutia.

With all the attention on India's first World Cup-winning skipper, Kapil said: "It's not my day. It is football's day. What people think about me is not important what we think about football is more. It's me feel who more proud to be sitting with the legends of the game. I am by the way here."

Kapil conceded that he was a die-hard Diego Maradona fan and the greatest moment was none other than the hand of God.

"It's very unfair for me to give one name. A lot of people were there. In my time, Pele had already retired but Maradona was one who was the star and the 'Hand of God' moment. It was such a strong statement and printed in our hand. Today, we are lucky to see all the matches.

"When the ball was on his feet, he was the quickest among all the athletes. He could run faster than anybody else. That's what I used to look up to him," he hailed the Argentine great.

Kapil's East Bengal connection dates back to June 22, 1992, when he signed for the club and six days later played for 27 minutes as a substitute striker in an exhibition match versus Mohun Bagan.

Kapil revealed that his India teammates had dissuaded him to play a football match but he was keen to promote the sport.

"My teammates told me that 'you should not get injured as the entire country was looking up to you'. I said "it does not matter, I come here for the game and the fitness that the sport offers".