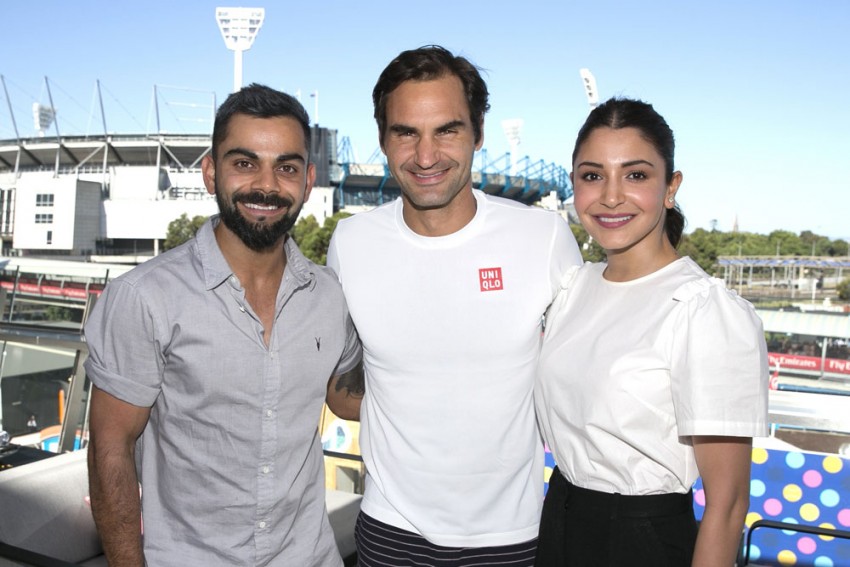 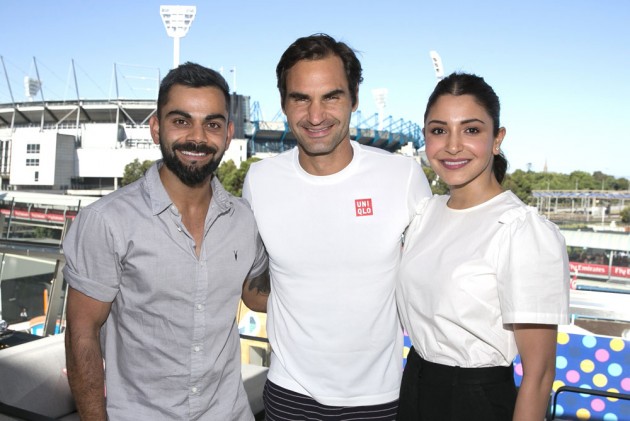 Both Kohli and 'Australian Open' shared photos of the meeting, but to different results.

Kohli, who led India to their first ever Test and ODI series wins in Australia, took to Twitter to share a photo of their meeting. In the post, he wrote: "What a day at the Australian open. An amazing way to finish the Australian summer."

What a day at the Australian open. âÂ¤ðÂÂÂðÂÂÂðÂÂÂ An amazing way to finish the Australian summer. Forever gratefulðÂÂÂðÂÂÂâÂ¤#ausopen pic.twitter.com/fqOiekjH3F

The post garnered some 60 thousand likes, but the one shared by the 'Australian Open' drew flak for its tagline, which read: "Three Legends, One Photo".

Who is the third legend? You forgot to put his/her picture.

First of all, We Indians demand an unconditional apology from you for calling Bollywood actress Anushka Sharma A Legend .That too you called her Legend along with @rogerfederer . Apologize. #legend #AusOpen #Anushkalegend

It was off day for Federer, who's defending to men's singles crown at the Melbourne Park.

On Day 5 of the tournament yesterday, the 20-time Grand Slam champion defeated 21-year-old American Taylor Fritz 6-2, 7-5, 6-2 in a third round match at the Rod Laver Arena.

Federer thus extended his Open-era record for the most appearances in the fourth round of a Grand Slam to 63. He will meet Greek 14th seed Stefanos Tsitsipas in the last 16.

Federer has won the last two tournaments at Melbourne Park in a late-career resurgence and on this form will be hard to stop from extending his all-time record with a 21st major victory.

Federer, Novak Djokovic and Roy Emerson have all won six Australian Opens – although the Australian great's victories all came before the Open era.

Meanwhile, Kohli will cross the Tasman Sea to play a limited-overs series in New Zealand, starting with the first of five scheduled matches on January 23 at Napier. India will also play a three-match T20I series against the Black Caps.