Heavyweights of South Indian cinema, Vijay Sethupathi and Rana Daggubati have come together to celebrate the life and times of one of the greatest ever cricketers -- Sri Lankan legend Muttiah Muralitharan 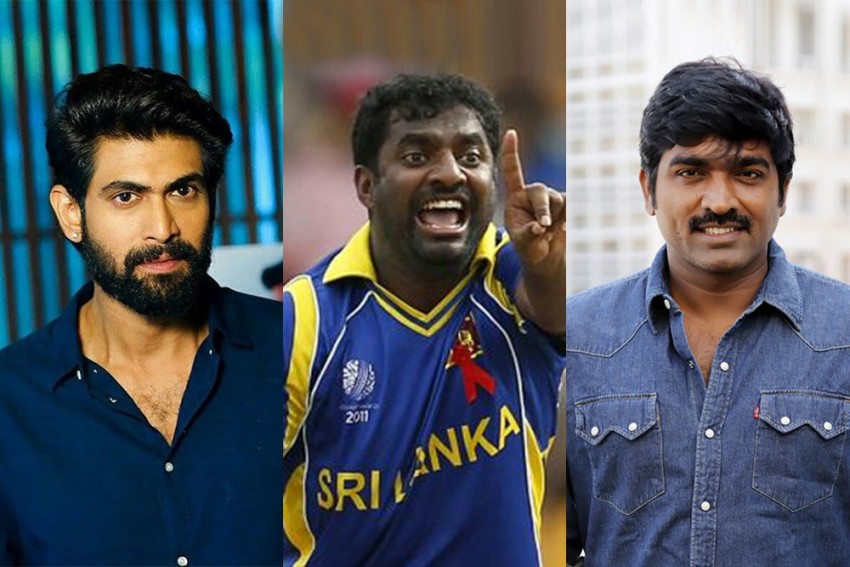 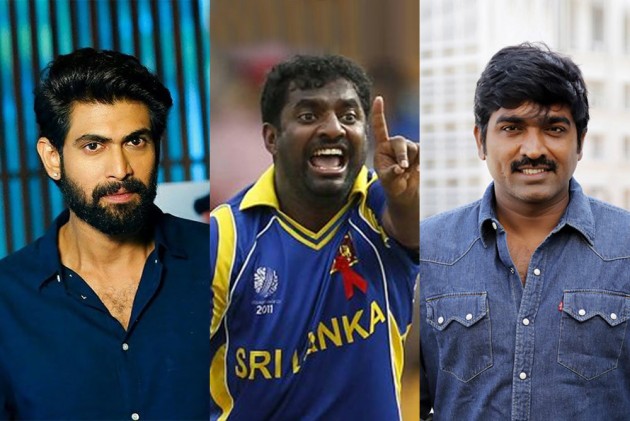 Spin great Muttiah Muralitharan's life -- from his early struggles to retiring as the most successful wicket-taker in the world -- will be brought to the silver screen with celebrated Tamil actor Vijay Sethupathi playing the lead.

Rumoured to be called 800, the movie will be bankrolled by Telegu actor Rana Daggubati. The Bahubali actor said he is excited to have Sethupathi on board for the film to be directed by MS Sripathy and co-produced by Dar Media Pvt Ltd.

On being signed for the project, an excited Sethupathi said: "I am happy to be associated with the Muthiah Muralitharan biopic; he is an iconic sportsman of Tamil origin and someone who has made his mark across the world. Portraying the role of Murali is going to be a challenge for me and I am looking forward to it. I am delighted that Murali himself will be closely involved with the project & guiding me on the cricketing aspects. I am thankful to both Murali and the producers for the faith bestowed on me."

Talking about the role, Vijay said he is "happy to be associated with the Muttiah Muralitharan biopic. He is an iconic sportsman of Tamil origin and someone who has made his mark across the world."

"Portraying Murali is a challenge I''m looking forward to. I''m delighted that Murali himself will be closely involved with the project and guiding me on the cricketing aspects. I am thankful to Murali and the producers for the faith bestowed on me," added the actor.

The biopic will go on floors in December and is expected to hit the screens towards the end of the year. It will be made in Tamil, and released in multiple languages.

Opening up on the project, Muralitharan said: "We are looking at a late 2020 release. I am honoured that an accomplished actor such as Vijay Sethupathi will be playing me in the film. I have been actively collaborating with the creative team for the past several months and I will continue to support this project."

Besides, the movie is likely to showcase the role of wife Madhimalar Ramamurthy in his life.

Muralitharan's association with various Indian Premier League franchises and the times he spent with who's and who of the Indian film industry will sure help everyone involved in the project.

Muralitharan, 47, is the holder of world records for the most wickets in both Test and One-Day International crickets. In fact, that will be the key part of the narrative in the movie. And it's expected to highlight the life and times of one of the greatest players of the game.

After making his international debut in a Test match against Australia at Colombo in 1992, the original mystery bowler went on to play 130 Tests, 350 ODIs and 12 T20Is for Sri Lanka.

After the success of biographical sports dramas like M.S.Dhoni: The Untold Story, Mary Kom, Bhaag Milkha Singh Bhaag, etc, fans will get to see the personal life of one of the most intriguing cricketers.