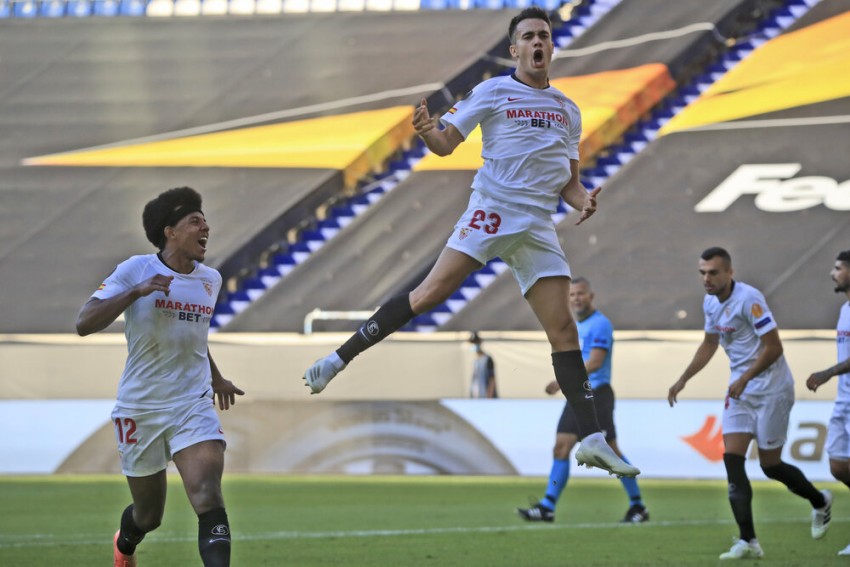 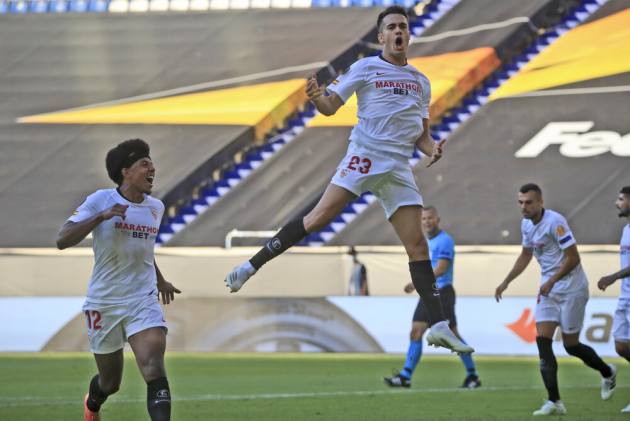 Sevilla beat Roma 2-0 in the round of 16 to stay in the hunt for a record sixth Europa League title, as Wolverhampton, Bayer Leverkusen and Basel also qualified for the quarterfinals.

Full-back Sergio Reguilon gave Sevilla the lead with a surging run through the Roma defense and a shot past keeper Pau Lopez in the 22nd minute. Youssef En-Nesyri added the second just before halftime, tapping in a low cross from Lucas Ocampos.

Sevilla could easily have scored more, with two shots hitting the crossbar and a goal overturned for offside on video review. Playing after a packed run of Serie A games, Roma didn't muster a single shot on target in the first half and just one in the second.

"It was a great performance in all senses. We will enjoy it tonight, recharge our batteries and be ready for our next final in a few days' time," Reguilon said.

It was a single game at a neutral venue in Germany because no first leg was played in March before the season was suspended amid the coronavirus pandemic. No fans are allowed at any Europa League games.

Roma defender Gianluca Mancini was sent off in added time after video review for making contact with Luuk De Jong's head in a challenge for the ball.

It was Roma's first game since its $700 million takeover by the Texas-based Friedkin Group was confirmed Thursday morning.

The venue was a world away from that high-powered dealmaking. Roma and Sevilla played at the stadium of third-tier German club Duisburg, whose fans have been raising money from T-shirt sales to help the club with the financial impact of the coronavirus.

Sevilla had more rest than Roma and it showed as the Spanish team played high-tempo football and pressed Roma intensely to force turnovers high up the field. Since July 19, when Sevilla played its last game in La Liga, Roma had rattled through five Serie A games in 14 days, with a five-day turnaround before the Europa League.

Sevilla next faces a quarterfinal Tuesday against Wolves after the English team squeezed past Olympiakos 1-0 on the night and 2-1 on aggregate for its first European quarterfinal in 48 years.

Raul Jimenez scored the only goal from the penalty spot in the ninth minute after Olympiakos goalkeeper Bobby Allain gave away a spot-kick with a clumsy challenge after he failed to control the ball.

Both teams had plenty of chances to score in an action-packed second half but a combination of poor finishing and solid goalkeeping kept the score down.

Bayer Leverkusen earned a quarterfinal against Inter Milan, beating Rangers 1-0 on Thursday thanks to a powerful shot from Moussa Diaby for a 4-1 aggregate win.

Leverkusen's in-demand forward Kai Havertz volleyed the ball over the bar and sent another chance wide. Leverkusen has vowed that Havertz will complete the club's Europa League campaign before any transfer. The 21-year-old German has been heavily linked with Chelsea.

Rangers had the unusual distinction of playing a 2019-20 Europa League game after it had already begun the 2020-21 season in the Scottish league last week. Its Europa League campaign began 395 days earlier in Gibraltar in the first qualifying round.

Basel already had a 3-0 lead from the first leg and made the quarterfinals after Fabian Frei scored the only goal of the game in a 1-0 win over Eintracht Frankfurt. Basel next plays Shakhtar Donetsk.

The teams in the final eight come from seven different countries, with only England having two — Wolves and Manchester United.