Tendulkar said Smith, who will be itching to go out there and prove a point, will warrant a slightly wider line from Indian bowlers 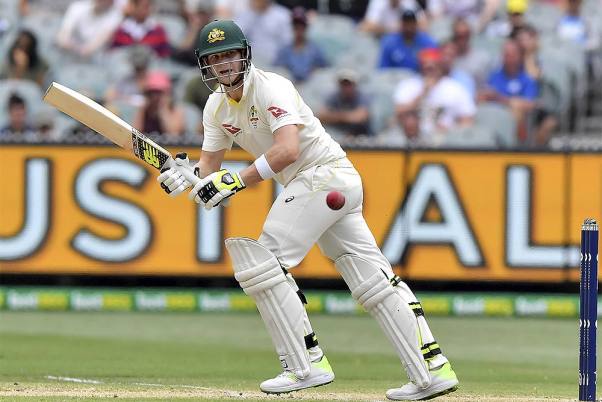 Steve Smith's unconventional technique will warrant a slightly wider line from Indian bowlers, the iconic Sachin Tendulkar said, urging the pacers to target the "fifth stump" to blunt the redoubtable batsman during the upcoming series in Australia. (More Cricket News)

Smith, who missed the last India-Australia series in 2018-19 due to a ball-tampering ban, will be itching to go out there and prove a point. He has always performed against India and has six hundreds and a 92, a statistic that won't be lost on India skipper Virat Kohli.

"Smith's technique is unconventional...Normally, we tell a bowler in Test matches to bowl on and around off-stump or may be fourth stump line. But for Smith, because he shuffles, may be that line (of delivery) moves further away by four to five inches," Tendulkar told PTI in an interview.

"One has to aim between (imaginary) fourth and fifth stump for Steve to nick one. It's just a mental adjustment of line, more than anything else," the former captain said.

"Smith, I read, said he is ready for the short-pitched stuff...probably he is expecting bowlers to be aggressive upfront with him. But I think, he needs to be tested on and around that off-stump channel. Keep him on back-foot and induce that early mistake."

Can't an in-swinging yorker be more effective, considering Smith's pronounced trigger from leg to off stump?

"For that to happen, you have to see how much the ball is swinging. All those things matter. You can't use saliva, so it's a different case, if wickets have a lot more life. In England during the Test matches, on occasions, the Dukes wouldn't be swinging much.

"I don't know if they will have greenish wickets for the ball to do a little bit. If the ball doesn't swing. That swinging yorker, you might not even see."

The Indian bowling attack comprising Jasprit Bumrah, Mohammed Shami, Ishant Sharma and Umesh Yadav is a "potent one" but Tendulkar would ideally like the team management to identify a defensive bowler as well.

"As I have always said, we have one of the best and most balanced bowling attacks India has ever had. Eventually, you have to pick 20 wickets to win Test matches. But 20 wickets shouldn't be too expensive either.

"...along with our attacking bowlers, we should also identify bowlers who can hold one end up on unresponsive pitches, bowl those continuous maiden overs to build the pressure."

Talking about the Pink Ball Test, which will open the Test engagement from December 17 in Adelaide, and the maestro feels that the timing of the day when declaration of an innings happens will play a big role.

"Probably due to difference in timing, you have to score those quick runs in the first session of the day which is afternoon when the pitch will be flat. The pink ball starts seaming around in twilight and that's the ideal time to bowl," Tendulkar observed.

"So pacing the innings and the timing of declaration becomes very critical. Suppose, you have a decent score on board and you are 8 down at the sunset, you should declare rather than going for an extra 20 runs.

"Put the opposition in during that twilight hour and take two to three wickets straight up. That will be more valuable than those 20 runs."
The reason those wickets would end up being more crucial is the difference between a "cool pitch" and a "wet pitch'.

"Get the top-order out when the grass cover on the pitch is cool but not wet. If the grass is cool then there will be seam movement but if it's wet, then it will go straight and just skid through the surface.

"Once the outfield gets wet and if some dew is on offer, then it will be easy for batsmen."

Asked about Indian opening combination, Tendulkar said he expects Mayank Agarwal to be a sure-shot starter.

"Mayank, I know, is a confirmed starter because he has scored big runs and if Rohit is fit and available, then he should be there.

"Between other guys (Prithvi Shaw, KL Rahul), that will be the management's decision as they would be knowing who's the form man."

He acknowledged that Australia's batting unit looks better at this point.

"Smith, (David) Warner and (Marnus) Labuschagne will be a factor and I am confident that the Indian team will leave no stone unturned as far as preparations are concerned.

"These two seniors back in the team and also with Labuschangne in there, it makes it a much better batting unit. It will be a bit more competitive series and I am sure India is ready for it," said Tendulkar, giving India a good chance of retaining the Border-Gavaskar Trophy.

Like everyone else, Tendulkar also agreed that skipper Virat Kohli's absence from three Test matches will create a void but at the same time, it would present an opportunity to someone else. Kohli will return after the first Test for the birth of his first child.

"Virat not being there without a doubt is a big void but also on the other hand, the kind of bench strength that we have and the talent that is available, it is a good opportunity for somebody to establish himself," Tendulkar said.

Tendulkar said that when it comes to Test matches, the presence of Cheteshwar Pujara is an absolute must.

"...I would put Cheteshwar Pujara's name along with Virat. These two players have played together more than anyone else. There is Ajinkya Rahane as well but he has not played as consistently in the playing XI as Pujara and Virat," he reasoned.