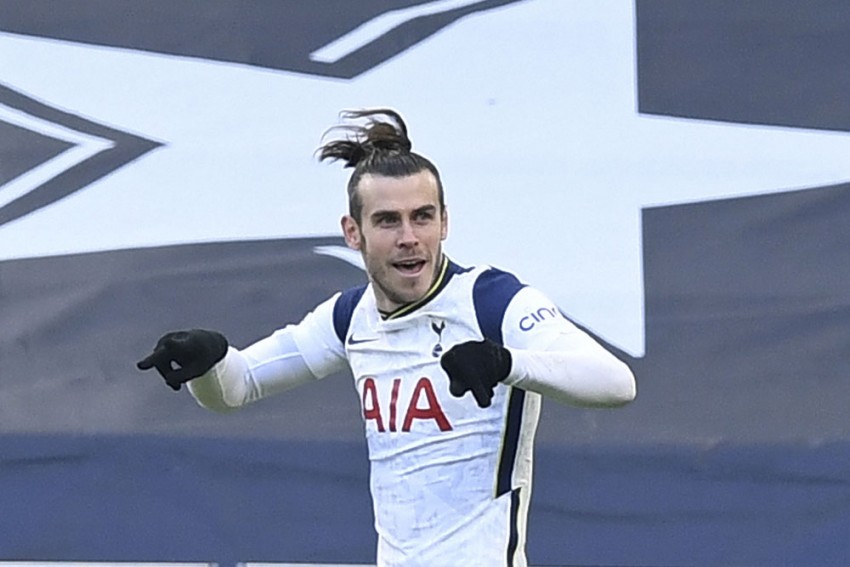 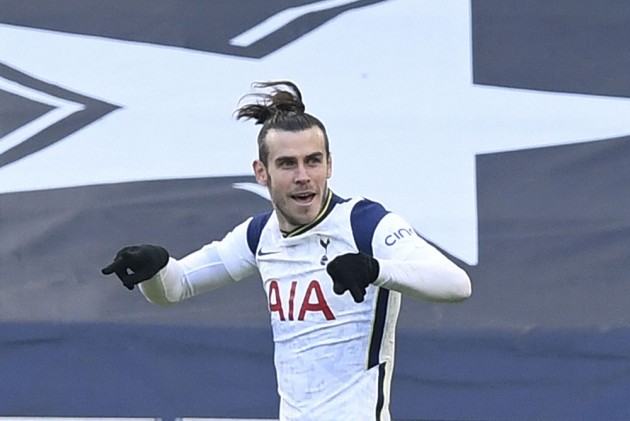 Gareth Bale marked his return to a Premier League starting line-up with a brace in Tottenham's 4-0 thumping of Burnley. (More Football News)

Bale had only been named from kick-off twice in the top flight since re-joining Spurs from Real Madrid last September, but a goal in each leg of the Europa League win over Wolfsberger AC persuaded Jose Mourinho to give the Wales international a chance.

Tottenham's recent run of five defeats in their past six Premier League matches became a fast fading memory as Bale notched after 68 seconds and set up Harry Kane's second.

It was 3-0 after the half hour thanks to Lucas Moura, who kept Dele Alli on the bench despite the England midfielder's similarly impressive European form, and Bale's eighth goal of his second Tottenham spell came in the 55th minute.

Bale wasted little time in making the most of his selection by stealing in behind a sleeping Burnley defence to convert Son Heung-min's cross – Nick Pope having charitably stayed on his line.

There was fleeting defiance from the visitors, with Davinson Sanchez forced to make a last-ditch challenge on Jay Rodriguez.

Pope denied Lucas at close quarters before Bale was given time and space to send a raking ball into Kane's path in the 15th minute.

The England captain advanced infield from the left and rifled home an emphatic finish.

Any lingering doubt over the result was put to bed when Sergio Reguilon's cross clipped off James Tarkowski and Lucas pounced.

3-0 - For a second consecutive season, Spurs find themselves 3-0 ahead in the first half of their Premier League home game against Burnley. Repeats. pic.twitter.com/xSGXlvUxtL

Burnley's misery deepened nine minutes into the second half with Bale allowed room for a touch and a clinical finish after Son played the provider once more.

Lucas and Bale made way but Kane and Son remained a nuisance for the Clarets.

Pope pushed over a swerving drive from the England captain before getting down sharply to deny Son.

What does it mean? Spurs reignite top-four ambitions

A return to winning ways domestically means Spurs are six points shy of fourth-placed West Ham with a game in hand. The likes of Bale and Alli – a substitute here after his wondergoal against Wolfsberg – returning to form means they might be coming out of a mid-season slump at the perfect time.

Burnley are five points clear of the bottom three but should take nothing for granted with regards to their Premier League future, given the wretched ineptitude of what they served up here.

Bale shows he can be the man for Mourinho

Spurs fans and Mourinho have been waiting a long time to see this from Bale. Two goals from two shots on target and an assist from his only key pass marked out a display of ruthless efficiency.

7 - Gareth Bale has been directly involved in seven goals in his last four appearances for Tottenham in all competitions (four goals & three assists). Flashback. pic.twitter.com/2pC6ackAij

Tarkowski has a torrid time

It feels slightly unfair to pick anyone out of the collective torpor laid forth by Sean Dyche's side, but Tarkowski sets the tone defensively when Burnley are at their best. The centre-back made two clearances but the one he missed before Lucas' goal settled the outcome and the space he granted to Kane for the second might be the subject of an uncomfortable discussion with his manager.

- Spurs registered their biggest Premier League win at the Tottenham Hotspur Stadium since December 2019, which was also a game against Burnley, a 5-0 victory.

- Jose Mourinho has managed more league matches against Burnley without losing than any other club in his entire managerial career, winning seven and drawing four of his 11 matches against them.

- No player has scored more Premier League goals against Burnley than Spurs striker Kane (8, level with Riyad Mahrez), with Kane involved in 10 goals in his last six league appearances against the Clarets (7 goals, 3 assists).

- Only Manchester City's Kevin De Bruyne (16) has more assists in all competitions for a Premier League club than Son this season (15).

- In his 285th Premier League appearance, Spurs goalkeeper Hugo Lloris has become the 16th goalkeeper to register 100 clean sheets in the competition, making him the ninth-quickest keeper in terms of games to reach this landmark.

Spurs make the short trip to Fulham on Thursday, a day after Burnley continue a tough week at home to Leicester City.