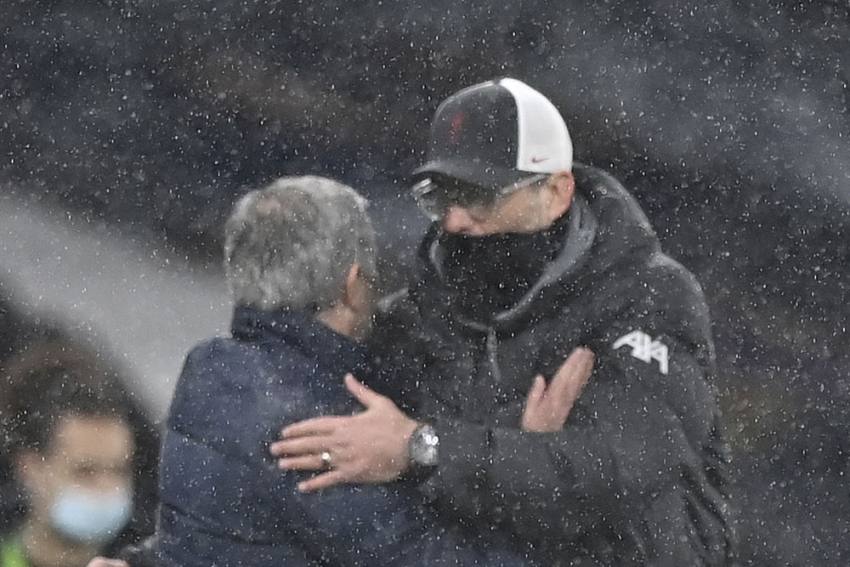 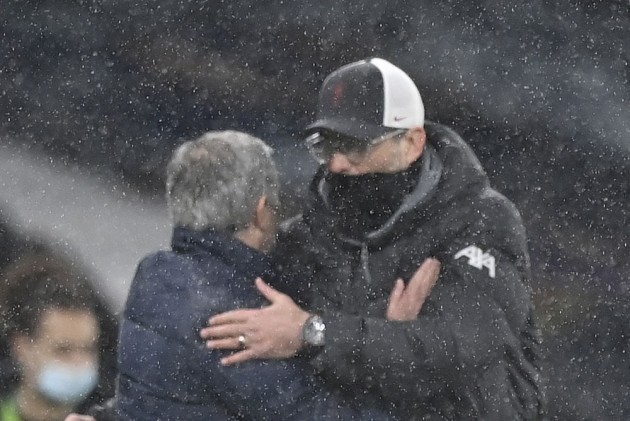 Trent Alexander-Arnold scored for the first time this season and laid on an assist as Liverpool ended their Premier League goal drought with a 3-1 victory at Tottenham. (More Football News)

The champions had not scored in their previous four games amid a five-match winless run in the top flight, but ended their slump at Tottenham Hotspur Stadium on Thursday to move four points behind leaders Manchester City in fourth place.

Roberto Firmino opened the scoring on the stroke of half-time after Son Heung-min had a goal ruled out for offside and Alexander-Arnold added a second shortly after the restart.

Spurs suffered a big blow when Harry Kane could not return for the second half after having treatment on both ankles, but Pierre-Emile Hojbjerg halved the deficit within two minutes of Alexander-Arnold’s strike.

Sadio Mane gave Liverpool, who lost Joel Matip to injury at the break, breathing space as Tottenham's eight-match unbeaten run in all competitions came to a halt in a major setback to their hopes of challenging for the title.

Mane wasted a glorious chance to give the Reds an early lead when he fired wide from close range and that looked to be costly when Son finished clinically soon after, but the goal was ruled out for offside following a VAR check.

Son shot straight at a grateful Alisson on the counter-attack before Mane was twice denied by Hugo Lloris, as the Reds dominated possession without being able to end their top-flight goal drought.

The breakthrough came just before the interval, though, fit-again captain Jordan Henderson – playing as a centre-back with Fabinho ruled out – piercing the Spurs defence with a brilliant ball over the top for Mane, who set Firmino up for a tap-in.

Jose Mourinho made a double change at half-time, with Kane and Serge Aurier replaced by Erik Lamela and Harry Winks, while Nathaniel Phillips took Matip's place at the heart of Jurgen Klopp's back four.

Alexander-Arnold doubled Liverpool's lead two minutes into the second period with a clinical right-foot finish following a mistake from Lloris, who palmed Mane's shot into his path.

Hojbjerg quickly got Spurs back into the match with a rasping long-range drive before referee Martin Atkinson disallowed a Mohamed Salah goal for handball against Firmino.

Liverpool were not to be denied a third goal after 65 minutes, though, the excellent Alexander-Arnold whipping in a cross that Joe Rodon failed to deal with and Sane punished the defender by lashing home with his left foot.

What does it mean? Title rivals on Red alert, Kane concern for Spurs

Klopp's misfiring side lost their way after thumping Crystal Palace 7-0 on December 19 and headed to the capital without a Premier League goal since a 1-1 draw with struggling West Brom eight days later.

Yet a week after Burnley ended their 68-match unbeaten home record in the top flight at Anfield, normal service was resumed in the capital, where they outclassed Tottenham.

City have a four-point cushion and a game in hand, but the Reds showed they are still very much in the title hunt. It was a dismal night for Spurs, who are eight points adrift of City in sixth spot, and they can only hope Kane has not done significant damage.

46 - A double substitution at the break.

England full-back Alexander-Arnold has not hit the heights this season, but showed his quality with a brilliant performance.

He was a big threat to Spurs in the first half and even more so in the second, whipping in five crosses – three more than any other player – and having a team-high 87 touches as he tucked inside as well as being a huge threat from wide on the right.

He took his goal superbly after a mistake from Lloris and provided an assist for Mane with a sublime cross that caused havoc in the Spurs defence.

Matt Doherty came in at left wing-back with Sergio Reguilon ruled out as Mourinho switched to three at the back.

It proved to be a tough evening for the former Wolves man with Alexander-Arnold marauding, Doherty winning only 20 per cent of his duels and making just 28 passes in the Liverpool half as he was unable to get forward as much as he would have liked.

Liverpool return to London to face in-form West Ham on Sunday, while Spurs head south to take on relegation-threatened Brighton and Hove Albion on the same day.