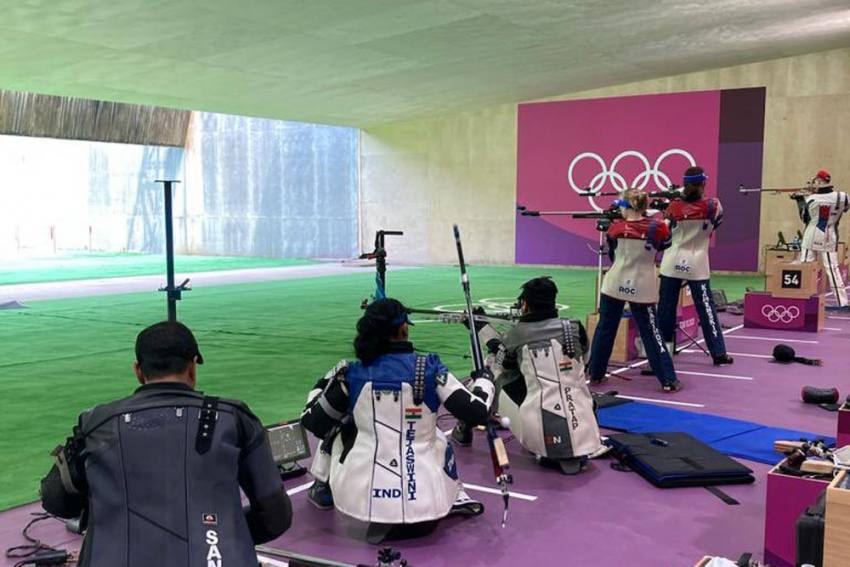 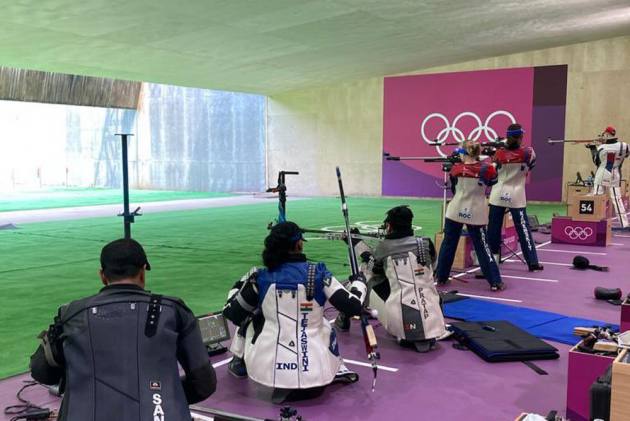 Barely two days before the Tokyo Olympics open, India's 10m air rifle shooters had to make do with just 20 minutes of training at the Asaka Shooting Range due to an issue arising out of distribution of time slots.

While the other Indian shooters trained for more than two hours, the rifle teams, including Apurvi Chandela and Elavenil Valarivan, who have events lined up on the first competition day on July 24, saw their practice sessions reduced to less than half an hour.

"This was due to some issue over time slots as athletes from all competing nations train at the same venue," a National Rifle Association of India (NRAI) told PTI on Wednesday.

"Today the training took place for about 2-2.5 hours in the morning session. The 10m air rifle teams got it for 20-30 minutes."

India will be represented by Deepak Kumar and Divyansh Singh Panwar in the men's 10m rifle event.

It was also learnt that eight Indian shooters who will be seen in action in the first two competition days will skip the Games' opening ceremony on Friday.

Others such as Manu Bhaker, Yashaswini Singh Deswal, Deepak and Divyansh will be shooting on the second day.

"While it was given that those in action on Saturday would skip, the other four have their pre-event testing on Saturday, so it was deemed wise to miss the opening ceremony as far as these are concerned," he said.

There are 22 members in the Indian shooting contingent, including 15 athletes.

The Olympics are scheduled to be held from July 23 to August 8, with the shooting events spread across the first 10 days of the extravaganza, which will be held without spectators owing to the COVID-19 pandemic.

The Indian shooters underwent their first training session in Tokyo on Monday.

The Asaka Shooting Range had also hosted the shooting competition at the 1964 Olympics.

The Indian shooting team arrived in the Japanese capital on Saturday, after completing a long training-cum-competition tour of Croatia.

During their stay in Croatia, the Indian shooters took part in the European Championships in Osijek, from May 29 to June 6.

The Indian team has eight rifle, five pistol and two skeet shooters, besides six coaches and a physiotherapist.

Before the coronavirus pandemic broke out, Indian shooters consistently dominated the sport, finishing on top of the table in four ISSF World Cups, in 2019.