Indian duo will face the winners of top seed South Korea and Bangladesh. Mixed team archery is making its Olympics debut at Tokyo 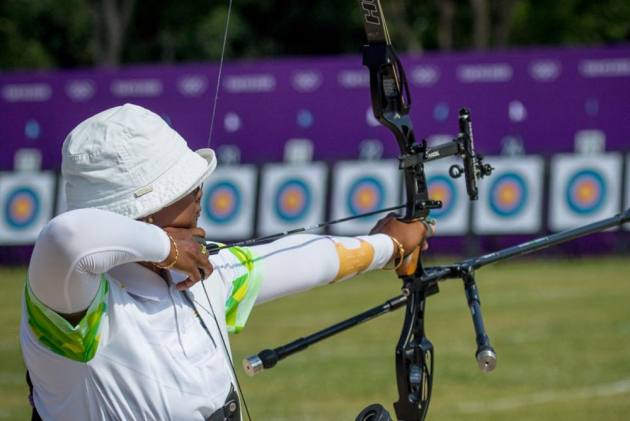 Tokyo, Jul 24 (PTI) India enjoyed a perfect start to their archery campaign at the Olympics on Saturday as the mixed duo of Deepika Kumari and Pravin Jadhav came back from behind to knock out Chinese Taipei and book a quarterfinal berth in Tokyo.

Trailing 1-3 after they lost the first set by one point, India needed to win the third set to save their fortunes and the duo, shooting together at international level for the first time, showed perfect coordination to seal the issue 5-3 with two perfect 10s.

"We desperately want to win an Olympic medal in archery and it just happened like that," an exuberant Deepika said, failing to express her emotions after their dramatic win.

Later in the day, the Indian duo will face the winners of top seed Korea and Bangladesh in the mixed pair section, which is making its Olympics debut at Tokyo.

"We need lots of confidence, it's about putting all our experience and hardwork together here. Just think as if it's your last Olympics, your only chance.

"We tried our very best and we will try hard in the upcoming matches. We are determined to win a medal here," she said, as the country chases its first-ever Olympic medal in the sport.

Following poor scores in the men's ranking round on Friday, India were forced to break the combination of Atanu Das and Deepika, the first Indian couple to take part in the same discipline in an Olympic Games.

Das had slipped to 35th place, three points behind, Jadhav as the Indian think-tank preferred the Olympic debutant, breaking the Indian mixed pair team that had won the Paris World Cup less than a month ago.

Deepika was, in fact, against the decision but the think-tank preferred Jadhav on current form, pairing them the first time at an international competition.

"It (the decision) mattered, as I really wanted to play with him (Atanu), but it did not happen. Anyway I've to continue performing irrespective of the situation," she said.

"I am a little sad that he is not with me in the mixed team. But we have to shoot, you have to win, so just go ahead," Deepika added when asked about her husband Atanu.

Their partnership began on a sour note as two 8s cost them the opening set narrowly (35-36), but they bounced back strongly to draw the second set (38-38) by drilling in two perfect 10s.

Jadhav found form and the Indian mixed pair was sensational in the third set, drilling in 40 out of 40 to edge out the opponents by five points (40-35) and make it three-all.

There was drama in store in the decider as the duo trailed by two points (17-19) after two arrows each.

In the final two arrows, Lin Chia-En and Tang Chih-Chun shot an 8 and 9 to open the doors for India, and Deepika and Jadhav clinched it with two perfect 10s.