Stuart Broad joined an illustrious club by claiming his 500th Test wicket, an achievement built on memorable spells and sustainability 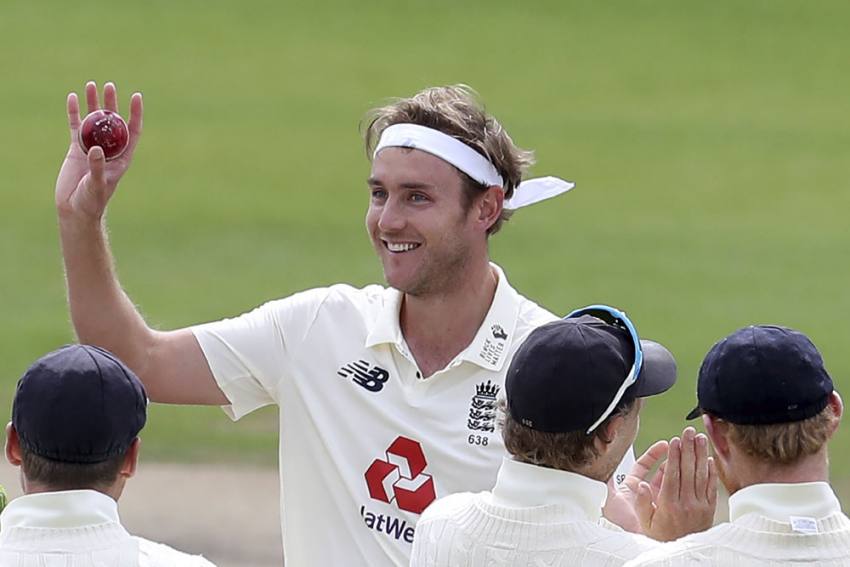 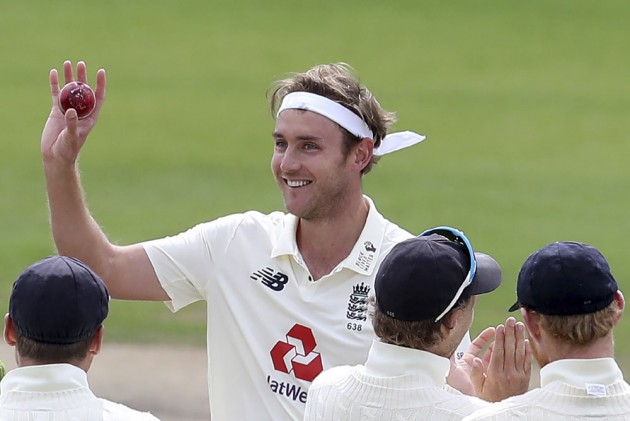 The fast bowler - so often in the shadows of James Anderson – was centre stage on the final day of the series decider against West Indies in Manchester, matching his long-time new-ball partner in reaching a personal milestone.

Kraigg Brathwaite's wicket became number 500 when he was trapped lbw by Broad, who made his debut in Sri Lanka in 2007, then a newcomer with a famous father. The hair has thinned a little over the years, but - sorry, Chris - there is no doubt who is the best-known family member now.

Broad's career may always be remembered for the stunning spells, none more so than his 8-15 against Australia at Trent Bridge in 2015.

Yet Broad has become a model of consistency as he's matured, working hard to adapt his game and defy those who have ever dared doubt him – including, occasionally, those who select England's XI.

His achievement is a reward for both the skills he possesses and his stamina - only seven bowlers have reached 500 (and three of those are spinners) - as the Opta numbers show.

"It would be nice if I was to play there again and he [Broad] wasn't playing."

David Warner's words were tongue-in-cheek, of course. Still, the Australian batsman would no doubt rather, if he makes it to another Ashes tour to England, that his nemesis was no longer around.

Broad has accounted for the left-handed opener 12 times, putting him top of his hit list in the longest format. That total includes seven of Warner's 10 innings in the 2019 series on English soil.

Michael Clarke, another Australian, had been the top target prior to last year, falling to the right-armer on 11 occasions. AB de Villiers and Ross Taylor sit together on 10, showing how Broad has made a habit of taking out opposing team's leading names during his career.

When it comes to countries, Broad has undoubtedly enjoyed his battles with Australia, a nation that has loved to hate him ever since he failed to walk when edging a delivery during a see-saw first Test of the 2013 series in England.

The Brisbane Courier Mail even refused to print his name at one stage when England next toured Down Under, referring to him only as "the 27-year-old medium-pace bowler".

Medium-paced or not, Broad has excelled in the heat of an Ashes battle, taking 118 wickets at an average of 29.4. That tally has been boosted by seven five-wicket hauls, none more famous than that career-best eight-for in Nottingham that saw Australia skittled for 60.

Broad's taken more Test wickets (66) against New Zealand than any other Englishman, too.

There was seen to be a streaky nature about Broad’s returns, perhaps formulated through the years by his ability to get on a roll and take wickets in clusters.

Yet for all the undoubted memorable moments, there has still been a consistency to his performances. Indeed, Broad is the only bowler to pick up at least 30 Test wickets in each of the last nine completed calendar years – and is well on target to continue that run, as he has 25 in 2020 already in five outings.

There is no sign of him slowing up, though, as his performances against West Indies showed.

A willingness to change his natural tendencies – Broad has bowled noticeably fuller in recent times, as well as mastering a wobble-seam delivery – has allowed him to remain productive. While Anderson's body has started to betray him in recent times, in contrast his team-mate appears to go from strength to strength.

No longer part of the limited-overs set-up, he has played 11 Tests in each of the past three calendar years, taking 108 wickets from the start of 2017 to the end of 2019. Sure, 500 is great but do not think he's finished there.

RIGHT ON THE MONEY

Broad's success against Warner demonstrated just how he has developed methods to trouble left-handers, often by coming around the wicket and angling the ball into them.

When it comes to the position in the batting order, 225 of his victims have been in the top four, 140 coming in from five to seven and then 136 so-called tail-enders. What the sheer number of wickets backs up, however, is that Broad is an outstanding performer.

Even when England suggested they were thinking about moving on, leaving him out of the series opener against West Indies in Southampton, he responded in just the manner you would expect of such a highly competitive character.

Having made it publicly known he was disappointed to be left out for a game the hosts lost, he backed up his words with actions, picking up 16 wickets in the next two games following his recall, including 10 in the third Test as the home team won the Wisden Trophy.

"He's a real inspiration, not just for younger members of the team but also for me," Anderson - who is closing in on 600 wickets - told Sky Sports prior to the fifth day's play at Old Trafford.

England have been fortunate to have both Anderson and Broad together. Do not expect either to stop anytime soon, either.