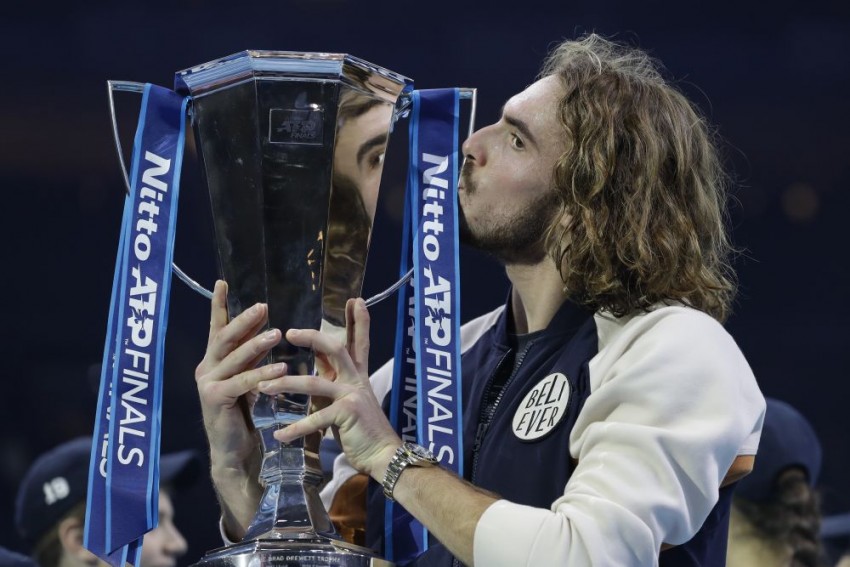 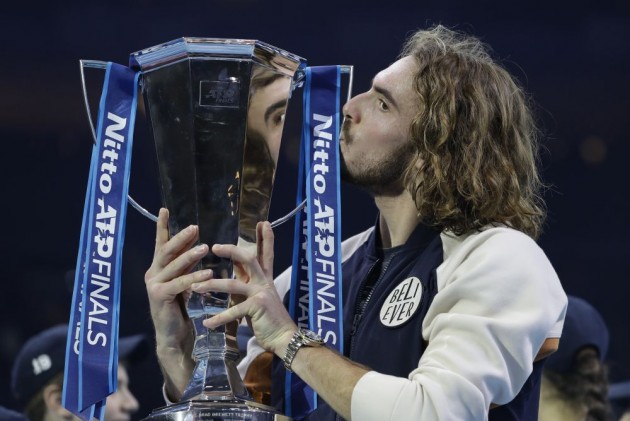 Stefanos Tsitsipas edged a final-set tie-break in a classic battle with Dominic Thiem to claim the biggest title of his career and become the first Greek ATP Finals champion. (TENNIS NEWS)

It took two hours and 35 minutes to settle an epic match that swung one way and the other, Thiem coming from 4-1 down in the decisive tie-break to get back on serve before Tsitsipas became the youngest winner of the competition since Lleyton Hewitt in 2001.

Tsitsipas struck 34 winners to two-time French Open runner-up Thiem's 36 in a pulsating, high-quality final, ending the season on a high note in London.

There was evidence of nerves as both players held to love in their first service games and Thiem thwarted the sixth seed when he faced the first break point in the fourth game.

The two warriors were aggressive from the start, unleashing winner after winner off both wings and charging to the net with authority.

Tsitsipas and Thiem saved two break points apiece before the Austrian came out on top in a tie-break, an errant backhand costing the Athens native.

A sprightly Tsitsipas put that behind him by taking a firm grip of the second set, putting away a brilliant forehand winner after toying with Thiem to go a double break up at 3-0.

Tsitsipas was relentless, serving it out after making only one unforced error in a one-sided second set and Thiem disappeared off court to gather himself for the decider.

The momentum was with Tsitsipas, who showed no let-up as he piled huge pressure on Thiem, who saved two break points in the first game of the final set but was up against it at 2-1 down after drilling a backhand into the net.

Thiem was not done yet, drawing on his fighting spirit and class to get back on serve at 3-3 and it seemed almost inevitable another breaker would be required to split the two.

Tsitsipas stormed into a 4-1 advantage and although Thiem refused to accept defeat as he stormed back to level at 4-4, a couple of stray groundstrokes cost him as he was denied in a titanic tussle between the first-time finalists.