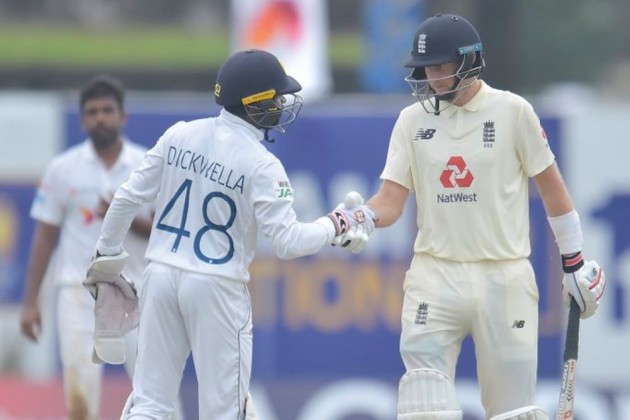 After a disastrous start, Sri Lanka ended Day 1 of the second Test against England strongly with Angelo Mathews unbeaten on 107 off 228. He was involved in two crucial stans with opener Lahiru Thirimanne (43) and stand-in skipper Dinesh Chandimal (52) as Sri Lanka reached 229/4 at stumps in Galle. Earlier, Kusal Perera (6) and Oshada Fernando (0) departed in the fifth over with James Anderson claimed both the wickets in a space of five deliveries. Anderson also took the wicket of Thirimanne, in the 27th over. Mark Wood got Chandimal's wicket in the 69th over. Lanka, chasing a win to level the series, won the toss and opted to bat. England won the first Test at the same venue by seven wickets. Catch Day 1 highlights of the second Test here: