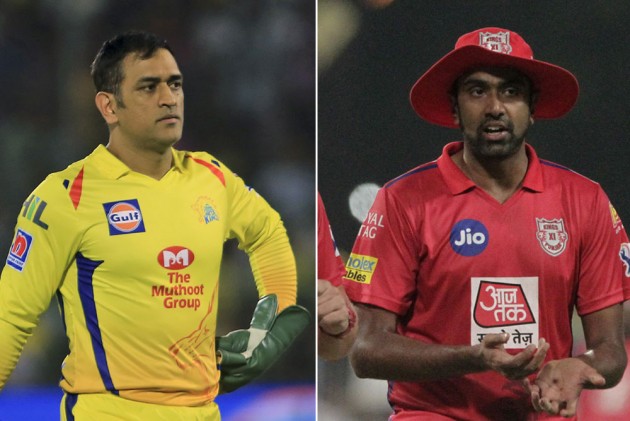 Both the incidents remain main talking points of the season, and Simon Taufel, the winner of five consecutive ICC Umpire of the Year awards between 2004 and 2008, has opened decided to give his expert opinion on the controversies.

Taufel, defending Ashwin, said that the KXIP skipper's mankading has nothing to do with the spirit of cricket. But the Kiwi was not pleased with Dhoni conduct during the CSK-RR match. He said that the former Indian captain crossed the line.

Explained: What Is Mankading?

IPL Controversies Over The Years

Mankading and spirit of cricket

"My view on this particular issue is that it has nothing to do with the spirit of cricket. During our discussion, we spoke at length about Law 41.16. The intent of the law is that the non-striker should not leave their ground at the bowler's end before the ball is delivered. This is why the ICC has stipulated within their regulations and interpretations that the bowler can dismiss the non-striker run out up until the bowler's arm reaches the top of the delivery swing," ESPN Cricinfo quoted Taufel as saying.

"What I did say to the Marylebone Cricket Club (MCC) was that maybe we could help people understand that this incident had nothing to do with the spirit of cricket, but rather everything to do with the run-out rule (Law 38) by repositioning this clause about unfair advantage under that Law in future," he added.

The player had said it was very instinctive but the MCC opined differently, saying the Indian player's act hurt the spirit of cricket and his actions were deliberate.

"All Ashwin did was appealed to the umpire for a run-out dismissal. He stopped short of delivering the ball and did not go through with his delivery swing. For him to be subject to adverse commentary that amounted to character assassination regarding his supposed contravention of the spirit of the game, is incredibly unfair in the way the Laws are written and the way they are to be applied," Taufel said.

"Both the on-field umpire and the third umpire did not feel he deceived the non-striker by waiting too long before breaking the stumps within dealing with the appeal - the ball was deemed by them to be still within play," he added.

Taufel also played down the talks of Ashwin's premeditation of doing the mankading act. He said, bowlers, try everything in their disposal to get the batsmen out and send them back to the pavilion. He even backed the umpires and said it's a situation beyond the on-field umpires control and that is why the decision had to be referred to the third umpire.

"People also accused Ashwin of premeditation. My response to that would be: Well, so what? Bowlers attempt to get batsmen out LBW, bowled, caught, or by any other form of dismissal. Aren't all these premeditated? So I don't see how that is a relevant argument at all," Taufel said.

"From an umpire's perspective, it is a situation that is almost impossible to manage on their own, which is probably why Buttler run-out was referred to the third umpire. It is interesting that it was referred, given that the on-field umpire didn't necessarily think the ball was dead, and at no stage did Ashwin actually get to the point of vertical delivery. It is subjective as to whether or not he actually got to the normal point of release. So it is very understandable that Buttler was given out run out," he added.

Taufel even said that he had a word with Ashwin after mankading controversy. "I was in India and spoke to Ashwin soon after the incident. I reaffirmed to him that it was unfair and not appropriate for various people to pull him up for breaching the spirit of cricket. I made contact with him to make sure he was fine and not affected by the comments and to support him on a human level. I told him he was within his rights to appeal and to attempt to run out the non-striker," he said.

Talking about the incident involving CSK captain, Taufel said that "his first reaction... was that of a surprise because one of Dhoni's great strengths... is his composure and his ability to handle adversity or difficult moments with a high degree of acceptance, to consider his options and then act in a measured, controlled way.

"I get that these are high-pressure moments - lots of things are riding on these games, a lot of money is involved, and there is a lot of excitement and passion within the ground and outside it. I do understand this environment, having had first-hand experience officiating in many IPL finals.

"But non-participating players or even coaches and managers entering the field of play to approach an umpire is not right. MS acknowledged this by accepting and pleading guilty to the charge imposed by the IPL match officials.

"I would have preferred personally that the umpires did not even talk to him, and instead asked him to go away and not involved themselves in a discussion with him at the time. It is important that umpires don't let themselves be surrounded by players, and that they make their decisions without any perception of being influenced.

"Adding to the confusion, the stadium announcer signaled a free hit on the big screen, which obviously left the players further unsure as to what the situation was," he added.

Taufel was earlier the member of ICC elite umpire panel, winning five consecutive ICC Umpire of the Year awards between 2004 and 2008. He announced his retirement from international cricket on September 26, 2012, after the ICC World Twenty20 final. He subsequently worked as the ICC's Umpire Performance and Training Manager until October 2015.