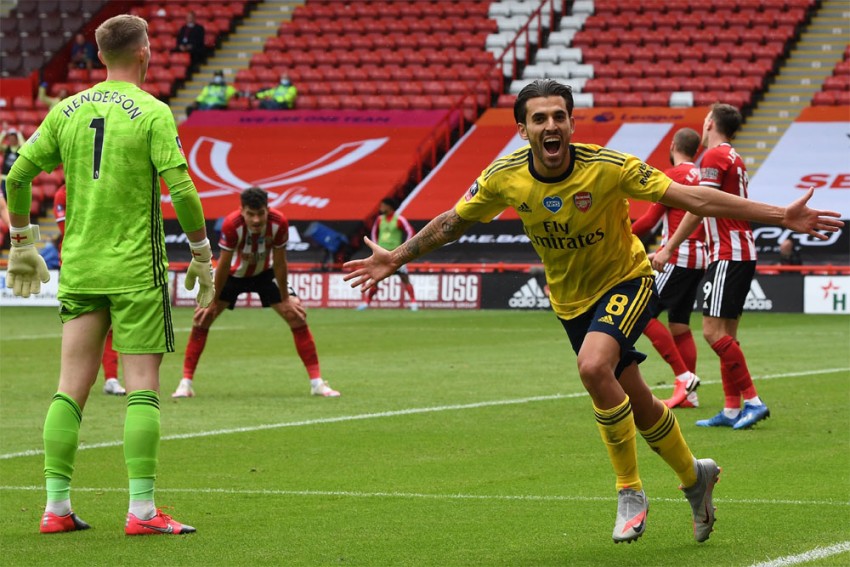 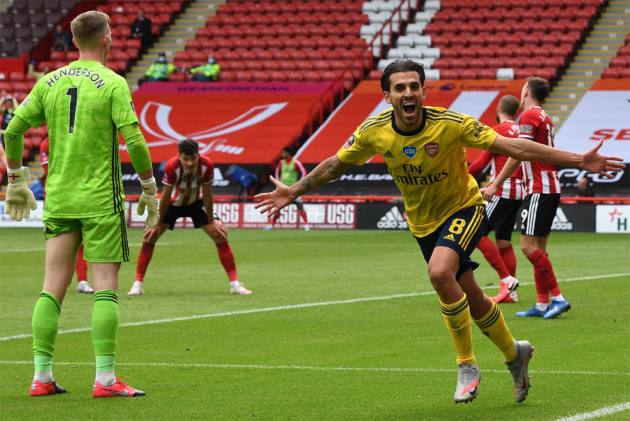 Nicolas Pepe's first-half penalty appeared set to be the only goal at Bramall Lane, only for a largely forgettable game to explode into life in the closing stages.

18 - Dani Ceballos has scored his first goal in 18 competitive appearances for Arsenal, with his last strike coming in October 2019 versus Standard Liège. Timely. pic.twitter.com/4V9wuUywfK

However, substitute Ceballos beat Dean Henderson with a low shot from a tight angle to secure a July trip to Wembley for Mikel Arteta's side.

Such a wild finish was not in keeping with the rest of the tie. The Gunners had capitalised on Chris Basham’s clip on Alexandre Lacazette's heel to take the lead in the 25th minute.

United – who had an early header from John Lundstram ruled out for offside following a VAR check – huffed and puffed without truly threatening, Basham squandering a glorious chance to atone for his earlier indiscretion when heading Jack Robinson's teasing cross wide at the back post.

Arsenal helped out their opponents, though. McGoldrick scored his second goal of the season – both coming in the FA Cup – as he made the visitors pay for failing to clear a long throw.

Billy Sharp was then denied by Emiliano Martinez but Ceballos made no mistake at the other end, the Spaniard firing home to settle the all-Premier League clash.