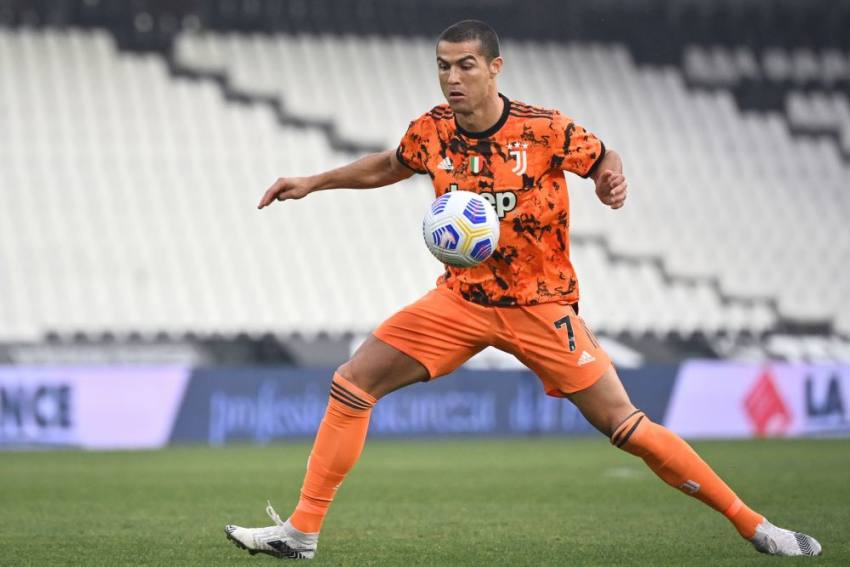 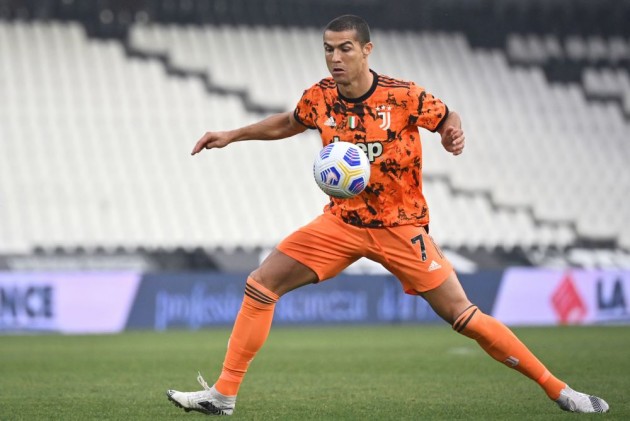 Felipe Caicedo was Lazio's hero as his last-gasp strike cancelled out Cristiano Ronaldo's goal in a 1-1 draw against Juventus at Stadio Olimpico on Sunday. (More Football News)

Lazio lacked bite in the absence of star striker Ciro Immobile, one of three players along with Lucas Leiva and Thomas Strakhosha absent after reportedly returning inconclusive coronavirus tests.

Ronaldo, who returned after his own isolation due to COVID-19 with a double against Spezia last week, scored a sixth Serie A goal of the campaign after 15 minutes and that looked by being enough to settle what had been a largely comfortable outing for the visitors.

But substitute Caicedo scored in the fifth minute of injury time to secure a point for Lazio in a result that leaves Juve three points off Serie A leaders Milan, who have a game in hand.

Juve probed a couple of times early on but Ronaldo sticking out a leg to divert home Juan Cuadrado's drilled cross, after great work down the right by the Colombian, was their first meaningful attack.

Lazio displayed hallmarks of a good side missing their best attacking weapon, though with a little more luck Vedat Muriqi would have got on the end of Sergej Milinkovic-Savic's teasing header across the face of goal.

Fortune was on Lazio's side when Ronaldo smacked the right post and then forced Pepe Reina into a smart stop with a stinging free-kick.

Ronaldo and Adam Marusic exchanged efforts, while Adrien Rabiot tested Pepe Reina in a second half that struggled to ignite.

Pirlo withdrew Ronaldo with 14 minutes to go, a decision that appeared to surprise the star forward even though an ankle sprain was later confirmed.

Ronaldo's team-mates looked to have completed the job without him but Caicedo turned in the area and picked out the bottom-right corner after collecting Joaquin Correa's pass in a dramatic finale not befitting the rest of the game.

What does it mean? Ronaldo sub proves costly

Juve won just one of the four matches in all competitions that Ronaldo missed but appeared on track for a third win on the spin with their talisman back in the fold. But with just a slender 1-0 lead, the decision to take off their best forward may not have been the wisest one, even considering the fact he was nursing some ankle pain.

4 - @Cristiano has scored in each of his first four Serie A games this season - in the three points for a win era, only one @juventusfc player has found the net in his first four seasonal games: Paulo Dybala in 2017/18. Charged.#SerieA #LazioJuve

Ronaldo became just the second Juve player, after Paulo Dybala, to score in his first four Serie A matches of a season in the three-points-for-a-win era. The five-time Ballon d'Or winner had three shots on target from five attempts – another rattling the upright – while he completed 21 of 29 passes.

Immobile was also unavailable for the midweek 1-1 Champions League draw against Zenit and Lazio missed the cutting edge of a striker who scored 36 Serie A goals last term.

Muriqi was game enough but only one of his three efforts was on target and Simone Inzaghi replaced his striker with Felipe Caicedo after 54 minutes. What a substitution that proved to be.

Juve are back in action in a little under a fortnight at home to Cagliari, while Lazio's first assignment after the international break is a trip to Crotone.