Both eight-time Serie A title holders Juventus and Inter Milan are top of the Italian league table on 45 points after 18 games, with Conte's side ahead on goal difference. 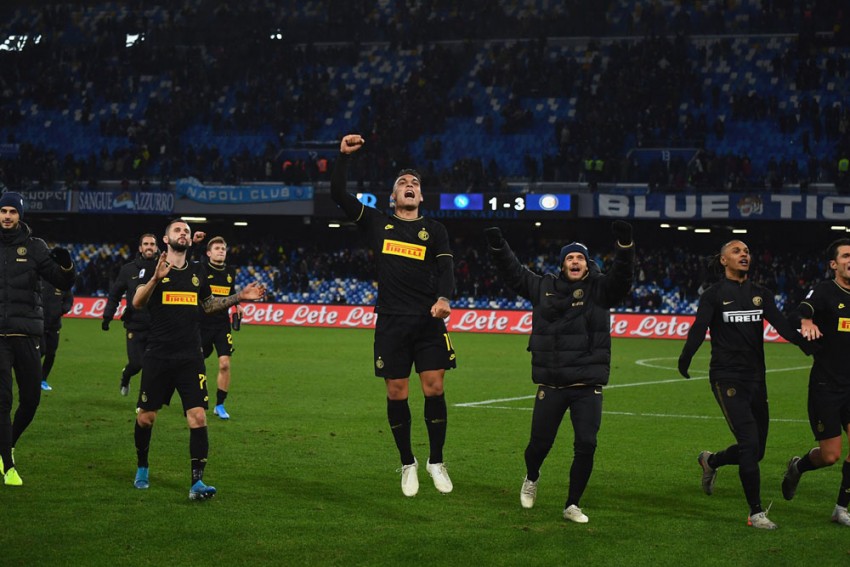 Inter and fifth-placed Atalanta have had the most potent attacks so far this season in Serie A, setting the scene for a potential goal-fest in the San Siro.
Twitter
PTI January 10, 2020 00:00 IST Serie A: Inter Milan Face Free-Scoring Atalanta, Juventus Travel To Roma 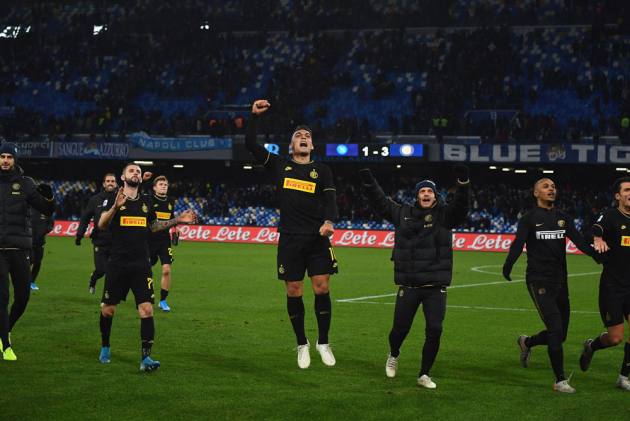 Antonio Conte will be counting on Inter Milan strike duo Romelu Lukaku and Lautaro Martinez in Saturday's Serie A clash against free-scoring Atalanta to keep ahead of champions Juventus who travel to Roma.

Both eight-time holders Juventus and Inter Milan are top of the Italian league table on 45 points after 18 games, with Conte's side ahead on goal difference.

Inter and fifth-placed Atalanta have had the most potent attacks so far this season in Serie A, setting the scene for a potential goal-fest in the San Siro.

Gian Piero Gasperini's Atalanta are 11 points off the leaders but coming off back-to-back league wins with ten goals scored -- a 5-0 scoreline against both AC Milan and Parma.

Gasperini coached Inter for five winless games before being sacked in 2011. But he has transformed the Bergamo side who finished third last season.

They have scored 48 goals so far this season and another on Saturday would see them become the most prolific team in Serie A in the past 60 years.

They will be keen to impress at the San Siro where they host Valencia in their Champions League last 16 first leg tie on February 19.

Inter failed to qualify for the European knockout rounds and are targeting their first Serie A title since 2010.

Conte believes that Lukaku and Martinez, who both scored in last weekend's 3-1 win over Napoli, are only beginning to hit their stride.

The pair have accounted for 23 of Inter's 39 Serie A goals, and 30 in all competitions.

Lukaku is the second highest scorer in Serie A, behind Lazio's Ciro Immobile. His double against Napoli took his tally for the season to 14, overtaking the 12 he scored in his final season with Manchester United.

"It will be big expectations ahead of the game. Both teams have great strikers," said Atalanta wing-back Robin Gosens.

"Lukaku is very difficult to mark, Martinez moves a lot. They are doing extraordinary stuff, it will make it a tough challenge.

"But we played at San Siro in the Champions League so we are used to that pitch." Gasperini's side are one point behind Roma, who occupy the final Champions League place, and host Juventus on Sunday.

The champions beat Cagliari 4-0 last time out with Cristiano Ronaldo scoring a hat-trick.

Roma coach Paulo Fonseca insisted his side could bounce back from the 2-0 defeat at home against Torino last weekend.

"The squad are a bit sad after the game against Torino, but we're focused on the match against Juventus and we have to be optimistic," said the Portuguese coach.

City rivals Lazio are now positioned among the title challengers, three points behind the leaders in third, before hosting struggling Napoli.

Simone Inzaghi's side can push their winning streak in the league against eight-placed Napoli who are 11 points off the Champions League place.

Zlatan Ibrahimovic, 38, could get his first start for struggling AC Milan against Cagliari after his substitute role in their goalless draw against Sampdoria.

"I see Ibrahimovic as a big brother," said Portugal Under-21 forward Leao.

"He's a great player and I want to learn as much as I can with him by my side. Any team with Ibrahimovic in it has a better chance of success."

The former European giants are 12th in the table, 23 points behind the leaders. But Cagliari have won just one of their last 31 Serie A games against AC Milan.