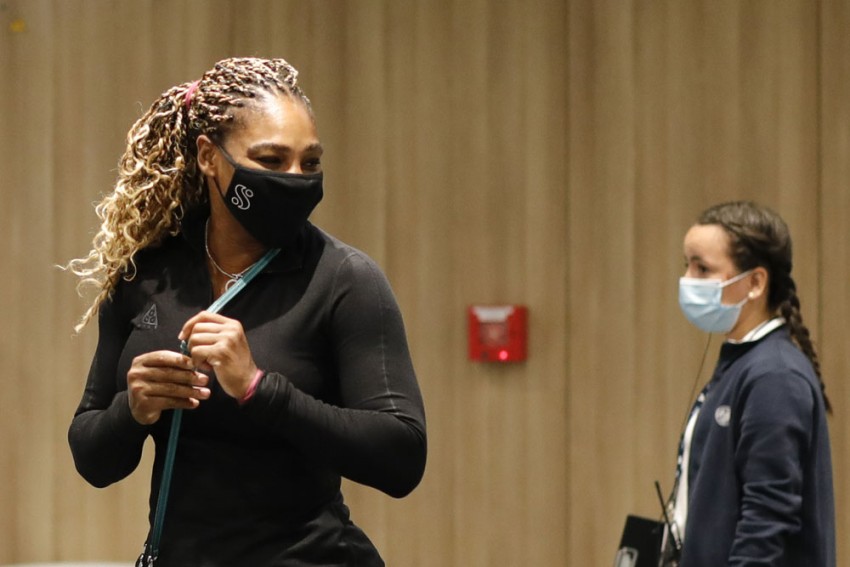 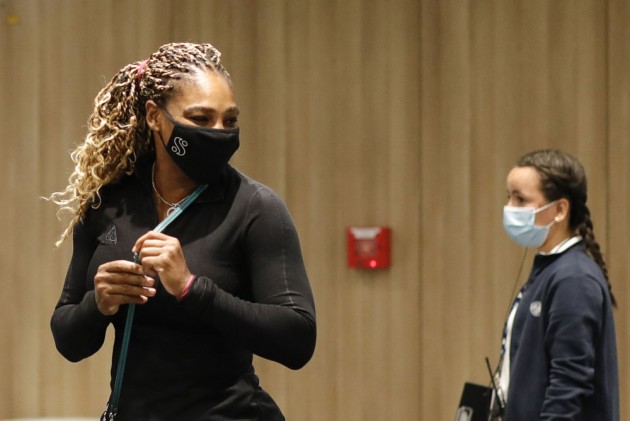 The American great first encountered trouble at the US Open, where she was beaten in the semi-finals, and the issue led to her pulling out of a second-round contest against Tsvetana Pironkova at Roland Garros on Wednesday.

Since winning the Australian Open in 2017 to break the record for the most slams won during the Open Era, it has been a frustrating pursuit of Court's all-time tally for superstar Williams, who became a mother for the first time barely seven months after that 23rd major.

There have been several near misses along the way for the 39-year-old and here we chronicle her efforts in tennis' big four tournaments since her last grand slam win.

"I always give a hundred per cent... and I take solace in that."@serenawilliams #RolandGarros pic.twitter.com/t9FNt49Prb

Playing her first slam since giving birth to her daughter, Williams had defeated Kristyna Pliskova, Ash Barty and Julia Goerges to book a mouth-watering fourth-round showdown with long-term rival Maria Sharapova. Unfortunately, Williams had to pull out shortly before the match due to a pectoral injury.

Remarkably, a little over a month later Williams returned to court in SW19 and enjoyed a scarcely believable run to the final. However, an inspired Angelique Kerber ran out a 6-3 6-3 winner in the showpiece match.

Later that year, Williams had another chance to level Court's record but was beaten 6-2 6-4 by Naomi Osaka in a match most vividly remembered for Williams receiving a game penalty for a series of ugly rows with umpire Carlos Ramos.

Having ousted Simona Halep in the previous round, Williams wasted a 5-1 third-set lead and four match points against Karolina Pliskova in the quarter-finals of the Australian Open. Victory would have led to a rematch with Osaka.

French Open 2019: Loses in third round to Sofia Kenin

In a tournament of shocks in the women's draw, Williams was defeated in straight sets by the unseeded Sofia Kenin, who was booed at times by the Parisian crowd, in round three.

Another Wimbledon, another final for Williams in 2019, who became the oldest women's grand slam singles finalist. But the then 37-year-old could not complete her mission, as Halep earned a dominant 6-2 6-2 triumph in under an hour on Centre Court.

A fourth final since her last slam win came a year ago at Flushing Meadows but there was disappointment again for Williams. On this occasion a 19-year-old Bianca Andreescu, playing in the main draw at Flushing Meadows for the first time, was in outstanding form to earn a 6-3 7-5 win.

Australian Open 2020: Loses in third round to Wang Qiang

Williams' quest for 24 continued in Melbourne this year but a brilliant Wang Qiang dug deep for a three-set win. It was sweet revenge for Wang, who was defeated in just 44 minutes by Williams at the US Open a few months prior.

US Open 2020: Loses in semi-finals to Victoria Azarenka

With the French Open postponed and Wimbledon cancelled due to the coronavirus pandemic, the next slam took place at Flushing Meadows, New York. Williams was taken the distance in winning the three previous rounds but on this occasion was beaten in three sets by Victoria Azarenka in a match where her Achilles injury was clearly causing discomfort.

Williams managed to come through her first-round contest with Kristie Ahn but the Achilles problem meant she was forced to withdraw prior to her match with Pironkova.

Women's IPL 2020: Challenger Series To Be Held In UAE From November 4 To 9 - Sources