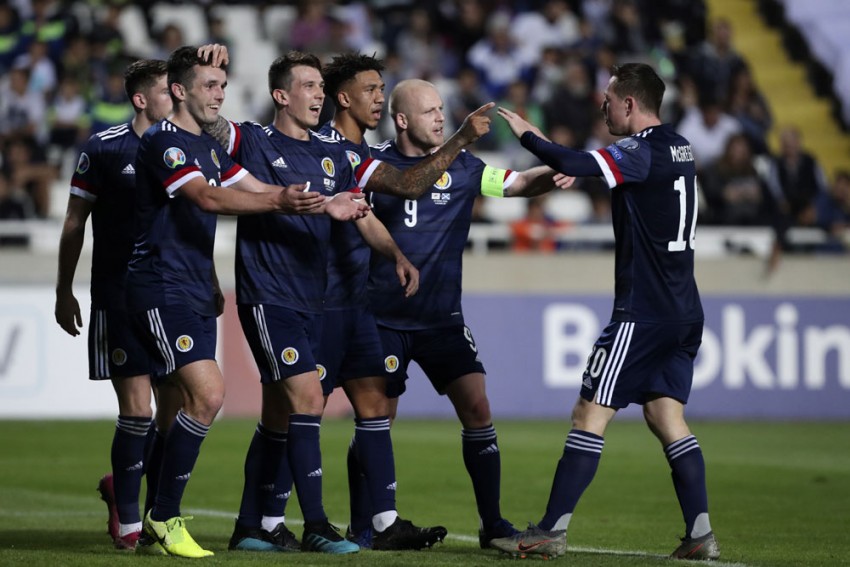 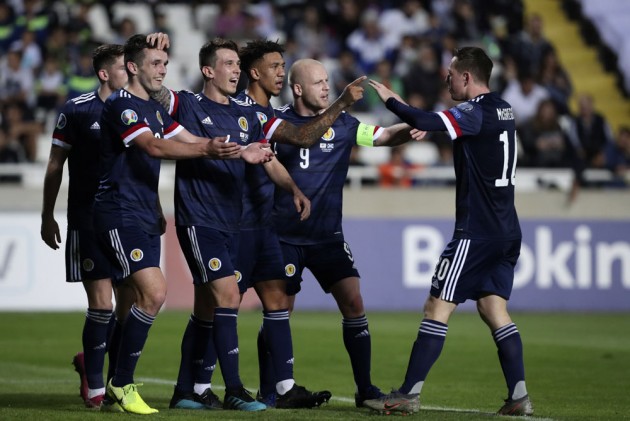 Scotland were drawn Friday to play Israel in Glasgow in the Euro 2020 play-off semi-finals next March, but Steve Clarke's team must win that and a one-off away tie if they are to make the finals. (More Football News)

Scotland, who performed poorly in the main qualifying campaign but did win their final three matches, will fancy their chances at home to an Israel side ranked 89th in the world and who finished fifth out of six teams in qualifying Group G.

That game will be played at Hampden Park on March 26. However, Friday's draw at UEFA headquarters also revealed who would be at home in the play-off finals on March 31, and Scotland -- who are in Path C -- now know they will have to go to either Norway or Serbia and win if they are to reach a first major tournament since the 1998 World Cup.

Scotland were in the same Nations League group as Israel last year, losing 2-1 away in Haifa but then winning 3-2 in Glasgow thanks to a James Forrest hat-trick.

Meanwhile, Northern Ireland discovered that they will be at home in the play-off final in Path B should they manage to win their semi-final in Bosnia and Herzegovina.

The Republic of Ireland could be their opponents, although Mick McCarthy's team must first win in Slovakia.

In Path D, Georgia and Belarus meet for the right to host either North Macedonia or Kosovo in the final, with whoever emerges victorious progressing to a first-ever major tournament finals.

In Path A, Iceland will host Romania with the winners of that tie travelling to face either Bulgaria or Hungary in the final.

The format for the 24-team finals -- which for the first time will be staged in 12 cities in 12 different nations across the continent -- is a complex one.

UEFA also had to perform another draw on Friday to confirm that Denmark will play all three pool matches at home in Copenhagen in Group B, including against Russia, despite Saint Petersburg being the other host city for the section. Belgium have already been placed in the same group.

The final draw for the tournament itself will be held in Bucharest next Saturday, November 30