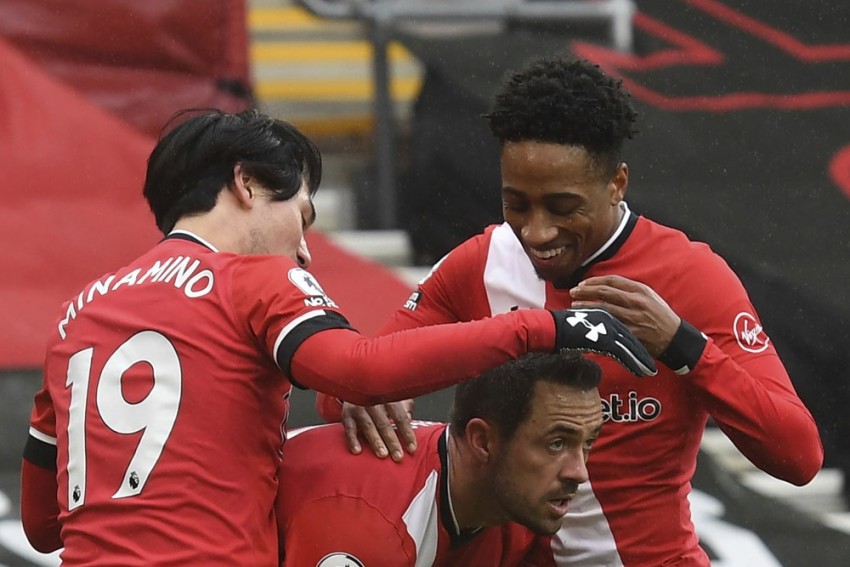 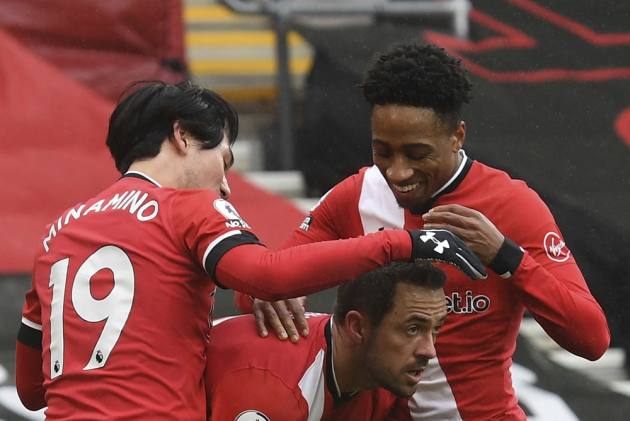 Premier League action coincided with Valentine's Day this weekend and Southampton ended a long drought of a particular kind on the most romantic day of the year. (More Football News)

There was also an impressive scoring feat for an Arsenal striker to enjoy on February 14, as the Gunners sent the White Roses of Leeds United back to Yorkshire with their tails between their legs.

A Valentine's Day chocolate variety set was the only box Harry Kane got near this weekend after a tricky time of it against Pep Guardiola's Manchester City, as Ilkay Gundogan continued his remarkable run.

All the above feature in our quirky facts from the weekend's top-flight action!

51 - Since the start of the 2015-16 season, Oriol Romeu has received 51 yellow cards in the Premier League, 11 more than any other player. He's the first Southampton player to receive a card in the competition on Valentine's Day. Charming. pic.twitter.com/G1xbyMhWkZ

It's usually nice to receive a card or two on Valentine's Day – the only exceptions are if they're tokens of sympathy from your mother, or handed out to you by a referee.

Until this year, Southampton were the only Premier League side to play a match on Valentine's Day and not receive a card, but that changed when Graham Scott booked Oriol Romeu in Saints' 2-1 defeat to Wolves. Coincidentally, that was the Spaniard's 51st Premier League yellow card since the start of 2015-16, 11 more than any player.

Pierre-Emerick Aubameyang had a rather more enjoyable Valentine's Day, however, as the Arsenal man scored his first Premier League hat-trick in their 4-2 defeat of Leeds United.

He joined Michael Owen and Matt Le Kissier, sorry, Le Tissier as the only players to net trebles in the Premier league on Valentine's Day.

3 - Pierre-Emerick Aubameyang is the third player in Premier League history to score a hat-trick on Valentine's Day after Matt Le Tissier vs Liverpool in 1994 and Michael Owen vs Sheffield Wednesday in 1998. Triplets. pic.twitter.com/jP4WyLt8YP

To say anyone predicted Ilkay Gundogan establishing himself as one of the Premier League's deadliest marksman would be a heinous lie… Yet, here we are – he is.

In fact, the German's form isn't bettered by anyone else across Europe's top five leagues in 2021, as his brace against Tottenham took him to nine goals since the turn of the year.

Andre Silva of Eintracht Frankfurt is the only player to match that haul across the same period, but his conversion rate is nothing compared to Gundogan's.

The City star, who has been playing a more advanced role lately, has converted 47.4 per cent of his shots since January 1 – among players to have scored at least five times this year, that is the fifth highest. It is a better record than those of Robert Lewandowski, Luis Suarez and Lionel Messi.

Given the rate he's going at, Gundogan may now have an eye on the all-time record for German players in a single Premier League season – Jurgen Klinsmann (20) and Uwe Rosler (15, both in 1994-95) are the only ones to score more than 11.

11 - Ilkay Gündogan has scored 11 Premier League goals this season - the only German players to score more in a single campaign in the competition are Jürgen Klinsmann (20) and Uwe Rösler (15), both in the 1994-95 campaign. Schützenfest. #MCITOT

KANE FORCED TO THINK OUTSIDE THE BOX

It was another miserable outing for Tottenham at the weekend as their 3-0 loss at City consigned them to a fourth defeat in five Premier League games, as many as they had suffered in their previous 28.

Harry Kane endured a particularly frustrating day, as he was starved of service and found himself roaming as a result, hardly conducive to getting opportunities in the danger area.

In fact, he failed to touch the ball once inside the penalty area, which is practically unheard of for Kane.

It was only the fourth occasion of Kane failing to touch the ball in the box in a league game he started.

Bukayo Saka has been a standout performer for Arsenal for quite a while, not just this season. However, in 2020-21 he has arguably taken his influence up a level.

He was a livewire against Leeds at the weekend, winning Arsenal's first-half penalty shortly after he was perhaps cruelly denied another by the VAR.

His performance further highlighted how much influence he has despite not turning 20 for more than six months – he is the youngest player in the Premier League this term to score five goals, be involved in at least seven goals, create 25 chances and complete 30 dribbles.

There has been plenty of talk recently about whether he will get himself into the England squad for the delayed Euro 2020 later this year – at the moment, you'd have to say he'd be unlucky to miss out.