SA Vs PAK, 1st T20I: Temba Bavuma Ruled Out As Proteas Aim To Hit Back Against Pakistan

Temba Bavuma will be missing for South Africa, but Pakistan have the in-form Fakhar Zaman available for the Twenty20 fixtures 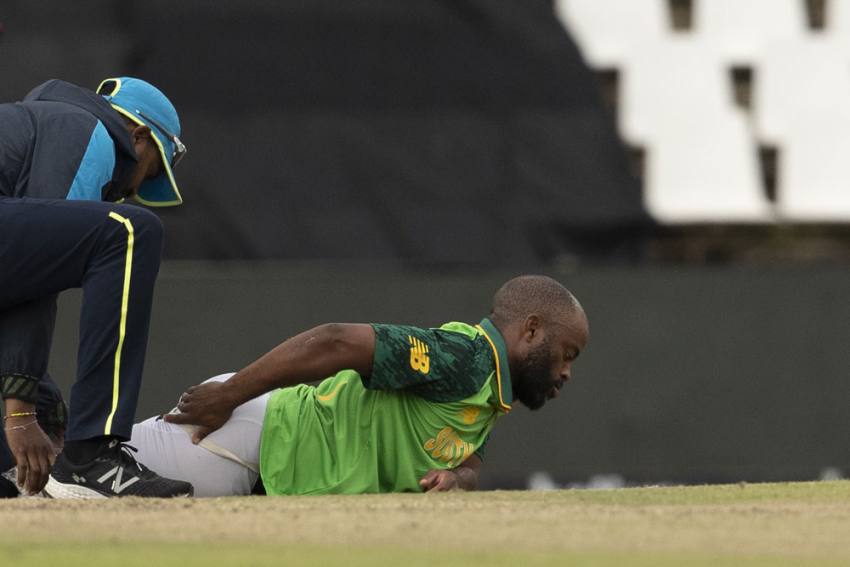 South Africa captain Temba Bavuma is massaged by a team medic after being hit on the pad during the third One Day International cricket match against Pakistan at Centurion Park in Pretoria, South Africa on April 7, 2021
AP Photo/Themba Hadebe
Omnisport 2021-04-09T20:32:50+05:30 SA Vs PAK, 1st T20I: Temba Bavuma Ruled Out As Proteas Aim To Hit Back Against Pakistan 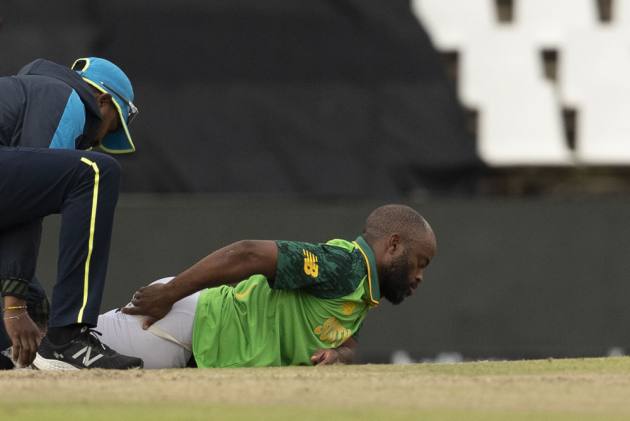 Depleted South Africa will have to do without new captain Temba Bavuma as they look to quickly bounce back from ODI disappointment in a four-match Twenty20 series against Pakistan. (More Cricket News)

The Proteas went down by 28 runs in a high-scoring decider in the third and final one-dayer on Wednesday, coming up short in their run chase after the tourists had posted 320-7.

Bavuma suffered a strained hamstring while batting and will not be available for the first T20 contest on Saturday, which takes place at the Wanderers Stadium in Johannesburg and will play no part in the series.

Heinrich Klaasen will lead the Proteas in the absence of batsman Bavuma, while the in-form Rassie van der Dussen is undergoing treatment on a quad muscle strain and Dwaine Pretorius misses out with a fractured rib.

Aiden Markram, Andile Phehlukwayo, Daryn Dupavillon and Wiaan Mulder have been retained from the ODI squad.

Pakistan, meanwhile, will be hoping for further white-ball success, having come out on top by a 2-1 scoreline when they hosted their opponents in T20 action earlier this year.

They have added Fakhar Zaman to their squad following his outstanding form in the 50-over fixtures on South African soil.

The opening batsman followed up his 193 in a losing cause in the second game last Sunday with a crucial knock of 103 in the winner-takes-all showdown, with back-to-back centuries moving him up to number 12 in the ICC rankings.

However, Shadab Khan is ruled out due to a fractured toe. The all-rounder will be sidelined for a month, meaning he will also miss the upcoming tour to Zimbabwe. Zahid Mahmood has been named as his replacement for the T20 games on that trip.

South Africa have failed to win their last five series' in the shortest format and you have to go back to the 2019 whitewash of Sri Lanka for their last triumph.

Miller was man of the series in that 3-0 triumph but the dangerous batsman is among the key absentees for the Proteas' next assignment.

With a T20 World Cup to come in India this year, the players who get their opportunity must grasp it and stake a claim for a place in the squad.

Will Fakhar get his chance?

The left-hander's twin hundreds boosted his career average in ODI action to 49.17. However, his T20 record at the highest level is not so hot, as he has averages 22.05 in his previous 40 appearances.

Pakistan are not short of options to bat at the top of the order, either. Captain Babar Azam has tended to open the innings, while Mohammad Rizwan scored a century - just his country's second in the format - when batting there in the home series against South Africa earlier this year.