SA VS ENG, 2nd Test, Day 3: James Anderson Gets The Buzz Back As England Take Control In Cape Town

After a quiet return at Centurion last time out, James Anderson was back to his best to help England's cause in the second Test 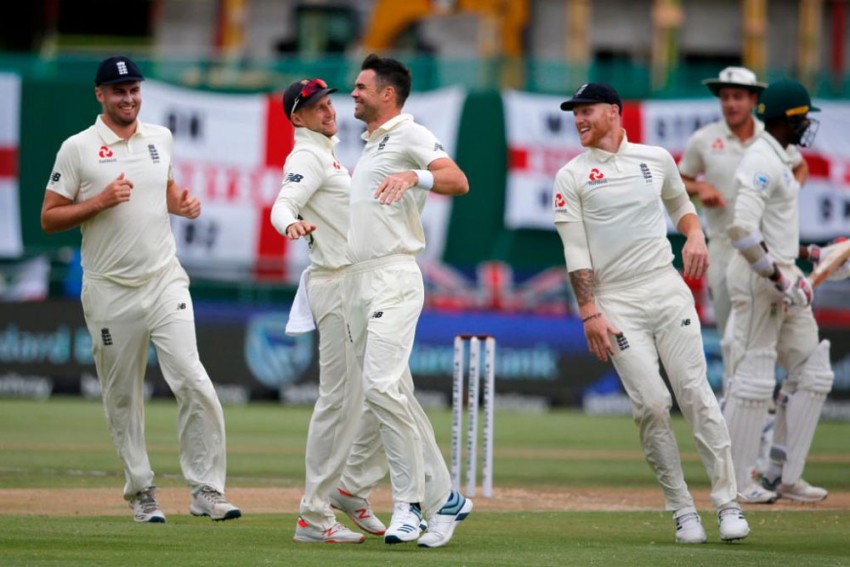 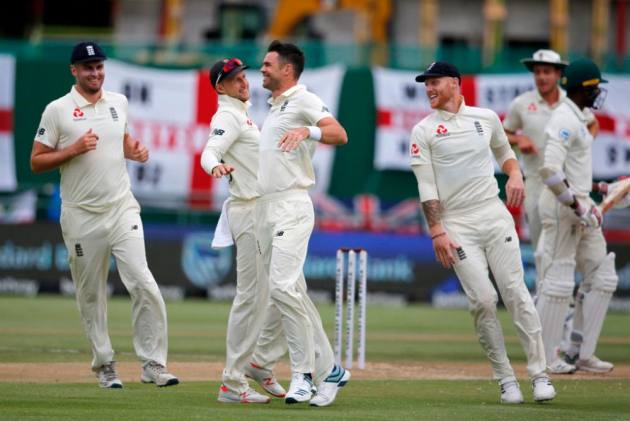 James Anderson was delighted to make a telling contribution following a "rusty" return to England duty, as he helped the tourists take command of the second Test against South Africa. (More Cricket News)

After struggling to make an impact in the series opener at Centurion, a game the Proteas won by 107 runs, Anderson has been back to his best in Cape Town, claiming the 28th five-wicket haul of his distinguished Test career.

The Lancashire seamer picked up the final two wickets in South Africa's first innings on the third morning to finish with 5-40, in the process securing his side a useful 46-run lead as they came out to bat again.

Dominic Sibley's unbeaten 85 helped increase their advantage, the opener putting on a 116-run stand with Joe Root (61) as England reached the close on Sunday on 218-4, putting them 264 ahead with plenty of time remaining in the contest.

Speaking after the close of play to Sky Sports, Anderson admitted he had been nervous on his comeback at SuperSport Park, having not played for his country since suffering a calf injury on the opening day of the Ashes series in August.

"What happened at Birmingham, with me pulling up after four overs [on the first day], I didn't want that to happen again," he said. "You are a bit nervous about that, plus I wanted to bowl well.

"I don't know if I was trying too hard, but I was desperate to prove my place in the team. Looking back, overall I was a bit rusty. I needed that extra game to get match fit."

Anderson added: "I'm so grateful for the help I've had getting me fit again. I have worked hard to get back and I feel in really good shape, felt in brilliant rhythm yesterday. That's what I've missed - real, proper Test cricket gives you a buzz when you get out there and get some wickets."

The most five-wicket hauls for England!

James Anderson's 5/40 was his 28th five-wicket haul in Test cricket, taking him past Ian Botham who took 27  #SAvENG pic.twitter.com/rlxCvToERm

The 37-year-old managed just two wickets in the first Test - his 150th - but kept his place in the XI, yet he acknowledges there is plenty of competition considering the pace-bowling resources England have in their squad.

"With the bowling group we've got here, everyone is pushing each other," Anderson said. "We have so much talent; Mark Wood is coming back from injury, we've got Chris Woakes and Craig Overton really pushing hard to get into this team.

"It keeps you on your toes, you've got to keep performing and keep working hard at your game to keep them out. It makes for healthy competition."

As for the match situation, Anderson praised Sibley and Root for their application in the middle, something that was lacking for England first time around as a number of batsmen failed to capitalise on promising starts.

"I think it was a good day, a really good day to be honest," Anderson said.

"We wanted to be ruthless with the ball this morning and we were, then with the bat we made a point that everyone got a start in the first innings but did not go on. We wanted someone who, once they got in, would stick in there.

"That's exactly what Dom and Rooty did. It was a great partnership between them. It’s unfortunate with the two late wickets, but that happens in Test cricket. Generally, it was a good day and we are in a good position going into tomorrow."