Home  »  Website  »  Sports  »  Rohit-Kohli Not Near This Indian Pair When It Comes To Facing Fast Bowlers: Ian Chappell

Rohit-Kohli Not Near This Indian Pair When It Comes To Facing Fast Bowlers: Ian Chappell

Rohit Sharma and Virat Kohli may be the new batting stalwarts but the celebrated opening pair of Sachin Tendulkar and Sourav Ganguly had a far tougher job, explains Ian Chappell 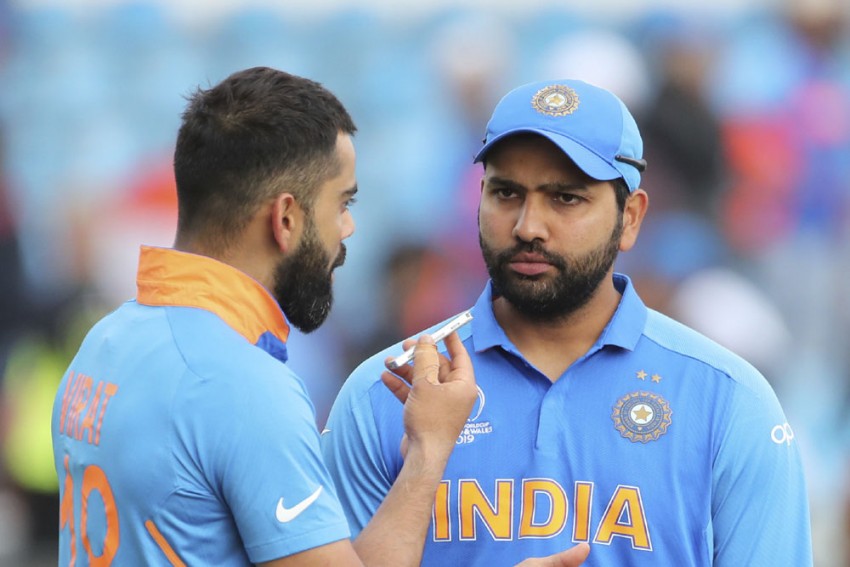 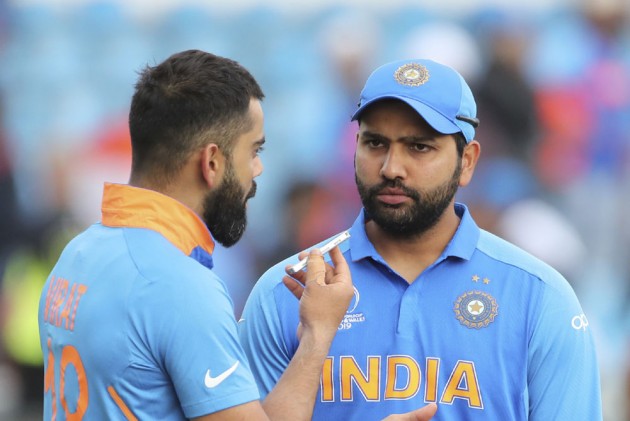 Virat Kohli and Rohit Sharma have stacked up astonishing numbers while batting as a pair but when it comes to facing quality fast bowlers, the celebrated opening pair of Sachin Tendulkar and Sourav Ganguly had a far tougher job, feels former Australian captain Ian Chappell. (Cricket News)

"An argument could be mounted that Kohli and Sharma are India's best-ever one-day batsmen. The obvious challengers would be the feted combination of Sachin Tendulkar and Sourav Ganguly, who tormented international bowlers for 15 years," Chappell wrote in his column for 'ESPNcricinfo'.

Chappell then gave an example of how during the Ganguly-Tendulkar era, each international team had two quality fast bowlers.

"They (Tendulkar-Ganguly) spent the bulk of that time opening together against some of the best fast-bowling combinations. Facing Wasim Akram and Waqar Younis from Pakistan; Curtly Ambrose and Courtney Walsh of West Indies; Glenn McGrath and Brett Lee of Australia; Allan Donald and Shaun Pollock for South Africa; Lasith Malinga and Chaminda Vaas of Sri Lanka was a serious test of a batsman's skill."

Quoting a comment of Pakistani pace great Imran Khan that "you judge a man by his opponents", Chappell said, "On the basis of the quality of the opposition, you'd have to lean towards Tendulkar and Ganguly.

"However, if you extrapolate their current figures to give Kohli the same number of innings as Tendulkar, and Sharma the equal of Ganguly, the current pair finish well in front," he added.

Chappell acknowledged that the one indisputable argument was that Kohli and Sharma are the best ever white-ball combination.

"Their combined ODI and T20I records are excellent, with Kohli -- averaging over 50 in both formats -- at the unbelievable level. To be fair, Tendulkar played very little T20I cricket and Ganguly's career was finished by the time the format blossomed," he wrote.

He said even though Tendulkar led the way in being the first batsman to score an ODI double-century, Rohit has fine-tuned the art by scoring three doubles, with his monumental 264 against Sri Lanka sending the fans at Eden Gardens into a frenzy.

"Indian fans have been extremely fortunate to witness, close up, four of the best short-form batsmen of all time," Chappell wrote.

"With Tendulkar it was his all-round mastery of the art but he never ceased to amaze with his back-foot forcing shots on bouncy pitches for a man short in stature. When he was going there was no better off-side player than Ganguly; his drives, so effortlessly played, would pierce even the most crowded cover field."

About Kohli and Rohit, he said, "It's not so much the huge scores that stamp Kohli's class but the regularity of his success. He punishes bowlers all round the wicket by keeping the ball on the ground the bulk of the time. Thanks to him eliminating a lot of the risk in batting, his scores are consistently high but still amassed at a good rate.

"Sharma, on the other hand, tends to play risk-free cricket early on, but once he gets motoring, it's a case of 'watch out in the stands'. While he does not exude muscle power like Chris Gayle, Sharma hits nearly as many sixes per innings and has a higher strike rate."