Ravi Shastri Sees Glimpses Of Himself In Washington Sundar 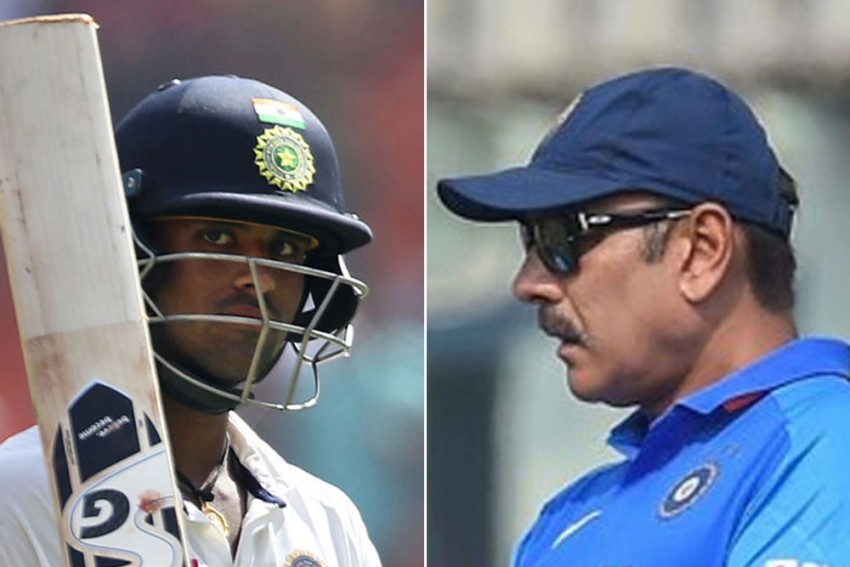 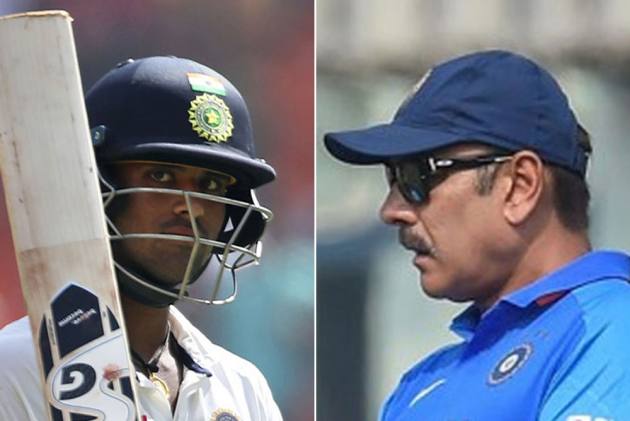 Ravi Shastri was both Sunil Gavaskar and Kapil Dev's 'go to man' with his all-round abilities during the '80s and the India head coach firmly believes that young Washington Sundar could play a similar role in the current Test team. (More Cricket News)

The left-handed specialist batsman, who also bowls mean off-breaks, scored three half-centuries in his four Tests along with six wickets which includes prized scalps of Steve Smith and Joe Root.

Do you see glimpses of you in him?

"I think Washy has far more natural ability than I had," said the veteran of 80 Tests who had close to 4000 runs and 150 plus wickets.

"He has the ability and he belongs at this level and he can go a long way. If he could focus on his bowling (in Tests), India could have a very good number six for overseas conditions.

"Someone who can get you those 50s, 60s and 70s and then bowl for you 20 overs and can pick up 2-3 wickets. That was my role overseas (during whole of 1980s) and I think he can do that role easily," the head coach said during a virtual press meet on Sunday.

Washington should start batting in the top four for Tamil Nadu across formats, suggested Shastri.

For Shastri, Washington's innings of 96, coming in at 153 for 6 was a better effort than his 85 not out in Chennai.

"Washington Sundar, this is unreal. Facing some of the toughest bowlers in the world. I would say this innings was far better as the WTC was on line," he said.

Shastri feels that he can relate way more with the Washingtons and the Rishabh Pants because he had also tasted overseas success as a youngster.

"At 21, 22 or 23, I had similar success, so I can relate to as I scored hundreds overseas. What you can never take away is exuberance of youth. It's only when the baggage comes of being a known quantity and that's when life starts."

And for Shastri, it couldn't have been more satisfying than finding that Pant has understood the value he brings into this set-up with his match-winning abilities.

"Rishabh Pant, he came in after IPL with a lot of baggage and that showed in his size and he had to lose that (weight) which he did. He worked his backside off. I can tell you that he has trained harder than anyone else, and results are not just for him to see but for world to see," Shastri said.

"A brilliant match-winner, playing to his potential and there is no greater sight than that. There won't be many who would be able to do that in a lifetime," said Shastri.

He was also happy for Axar Patel, who had lost out a number of years in international cricket due to injuries and saw others leapfrog him in pecking order.

"Axar Patel is a seasoned campaigner, I wouldn't call him a youngster. He has been around the Indian team for years, very unlucky with injuries, other players have got opportunities because of his injuries, including the likes of Jadeja, Krunal Pandya," Shastri was sympathetic for the man, who got 27 wickets in his debut series.

"....because he has been injured, now he was injury free and he made the most of it. Try thinking about India playing in India without Jadeja, one of the best all rounders in the world. He (Jadeja) didn't play and someone else (Axar) did.

"When the three (Ash, Jaddu, Axar) play together, it will be some fun," the coach couldn't hide his excitement.

India now has around 25 to 30 good Test players and credit to bio-bubble that the bench strength also got tested in adverse conditions.

"Because of bio-bubble, we have to move with a squad of 25-30 players. As a result you had to dig deep and find your best 30 players. As luck would have it, we had no choice but to play each 30 of them. And you found out who's good and who's not good."

Shastri said that if someone would have told him six months ago that Thangarasu Natarajan and Washington Sundar would make their Test debuts, he wouldn't have believed.

"It's a good headache to have and something that's worked well, You could have never imagined the number of players who have played for India in last six months. Would you have thought Natarajan and Washington would have played a Test match? No way."

"These are things you wouldn't have imagined but circumstances make it happen."