Kylian Mbappe was in outrageous form at Barcelona and Bayern, but how do those displays compare to other great Champions League outings? 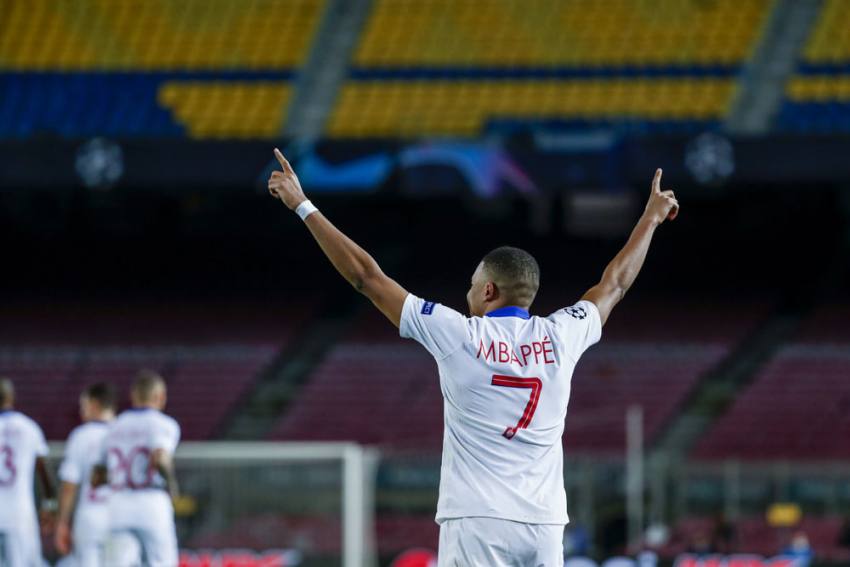 Having put Barcelona to the sword with a hat-trick at Camp Nou in the previous round, Kylian Mbappe was PSG's match-winner once more with a brace in Bavaria.
AP Photo
Omnisport 2021-04-13T13:15:39+05:30 PSG Vs Bayern Munich: Kylian Mbappe Primed For Another Champions League Masterclass? 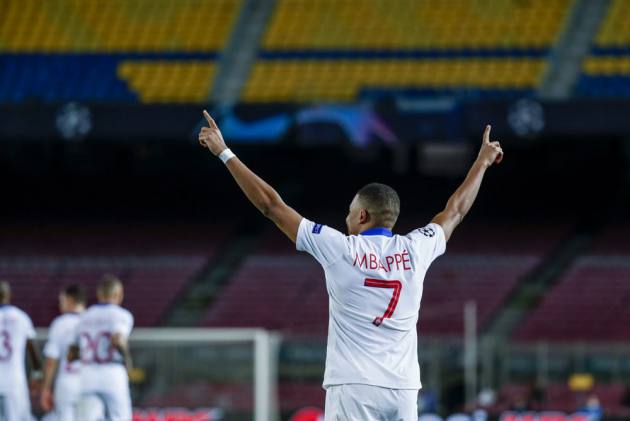 Sure, they lost 3-2 in an enthralling meeting at the Allianz Arena last week and are without star striker Robert Lewandowski, but Hansi Flick's men had more than enough chances to have emerged victorious and face up to a PSG defence likely to be without the influential Marquinhos.

The main problem for Bayern is Kylian Mbappe's apparent bid to turn the competition into his own personal playground.

Having put Barcelona to the sword with a hat-trick at Camp Nou in the previous round, the France forward was PSG's match-winner once more with a brace in Bavaria.

When the second leg gets under way, Mbappe will be 22 years and 115 days old. No player has scored more than his 27 goals in the Champions League by that age. For reference, Lionel Messi had 18, Raul 12, Wayne Rooney 12 and Cristiano Ronaldo three at the same vintage.

A place among the Champions League greats looks to be Mbappe's for the taking and we've decided to compare his Barcelona and Bayern performances to some of the most memorable goalscoring outings of recent years on the biggest stage. A second-leg penalty from Mbappe as PSG overcame Barcelona 5-2 on aggregate in the round of 16 made him the youngest player in Champions League history to reach 25 goals at 22 years and 80 days, usurping the great Messi.

Of course, Mbappe still has plenty more to accomplish if he is to get close to Messi's deeds in the competition. The six-time Ballon d'Or winner has won Europe's top competition four times. Barca were triumphant finalists in 2009 and 2011, with Messi netting in each game against Manchester United. They fell short in 2009-10, but a dominant quarter-final win over Arsenal that season found him at his very best.

The Gunners battled to a thrilling 2-2 draw at Emirates Stadium and led at Camp Nou through Nicklas Bendtner, but the tie was as good as over before half-time as Messi compiled a blistering hat-trick – smashing in from the edge of the area, finding the roof of the next with an opportunistic effort and then racing clear to sublimely lob Manuel Almunia.

He nutmegged the Arsenal goalkeeper having dribbled through a bedraggled defence for his and Barcelona's fourth. Messi's haul came from eight shots overall, with six on target. Three goals came from his impeccable left boot, with the second right footed. He stamped his mark all over the contest, completing 46 of 52 passes and making 77 touches – a greater level of overall involvement than any other performance on this list.

Injury has robbed us of the Mbappe v Lewandowski showdown we crave and the quarter-final first leg might have panned out differently if Bayern had been able to call upon their attacking talisman.

Lewandowski's deadly finishing has been a constant over the past decade and he produced a breakout performance in the 2013 semi-finals against Real Madrid, while still at Borussia Dortmund.

The Poland striker reached to volley home Mario Gotze's eighth-minute cross and controlled Marco Reus' mis-hit shot to finish smartly early in the second half – prompting a run of three goals in 16 minutes as Lewandowski showed immaculate close control to rifle into the top corner before converting a penalty in similarly emphatic fashion.

All Lewandowski's goals came from inside the area, all with his right foot as he netted four of five attempts on target (seven in total) to fire Dortmund towards an all-Bundesliga final against his future employers.

Mbappe has the opportunity to build on eight goals in this season's competition in the return against Bayern – the joint-most by a French player in a single campaign alongside Wissam Ben Yedder (2017-18) and David Trezeguet (2001-02).

In between, when Madrid went all the way in 2016-17, Ronaldo's personal total was – by his own remarkable standards – a relatively meagre 12. However, six of these came in quarter-final and semi-final hat-tricks versus Bayern and Atletico Madrid.

The Bayern treble was the most dramatic as Madrid diced with elimination. They lost 2-1 in 90 minutes at the Santiago Bernabeu but Ronaldo would not be denied, netting in the 76th minute and then twice more in extra time to complete a perfect hat-trick from nine attempts, five of which were on target. Ronaldo's ambition of winning a sixth Champions League at a third club looks set to come up short after Juventus's meek exit against Porto last month. But during his first season in Turin, everything appeared to be falling into place against a familiar foe.

Atletico Madrid won the first leg of the last-16 encounter 2-0, but the writing was on the wall from the moment Ronaldo powered in a towering back-post header in the 27th minute.

Early in the second half, Jan Oblak could only claw away another headed Ronaldo attempt from behind the goal line and the Atlei goalkeeper had no chance when faced with penalty from the Portugal great five minutes from time.

Ronaldo netted with all three of his attempts on target, while his five efforts overall on the night had an xG value of 1.39.

The 2018-19 season provided relentless drama when it came to improbable comebacks and Tottenham were surely down and out when 2-0 behind after 35 minutes Amsterdam, nursing a 3-0 semi-final aggregate deficit against an Ajax side who had already seen off Real Madrid and Juventus. Enter Lucas Moura.

The Brazilian forward, leading the line for Spurs in Harry Kane's injury absence, streamed into the Ajax penalty area to pull one back early in the second half and by the time he engineered space to dispatch a fine left-footed finish in the 59th minute, the whole complexion of the contest had changed.

Five minutes of stoppage time had just expired when Lucas clipped a third with his trusty left boot to break Ajax hearts. Opta began collecting xG data in the Champions League in 2013-14. Of the hat-tricks on this list with those figures available, Lucas' is the only one with an overall shot value (0.88) below an xG of one. Mbappe was again happy to crash home with his weaker foot on the other side of half-time and curled in a majestic strike on the counter-attack after Moise Kean made it three. Four of his six attempts (xG 1.84) were on target in an all-action display.

It made Mbappe the third player in Champions League history to score a hat-trick against Barcelona after Faustino Asprilla for Newcastle United and Andriy Shevchenko for Dynamo Kiev in 1997.

Mauricio Pochettino's men overwhelmed Barcelona at Camp Nou but were forced to play a different game against Bayern last week, spending long spells on the back foot.

This gave Mbappe the chance to show his ruthless side as he scored from each of his two shots, albeit helped by an error from Manuel Neuer for the opener. A fit-again Neymar laid on that goal and he and Mbappe have assisted one another 10 times in the Champions League since joining forces in 2017-18 – at least three more than any other pair during this period.

Mbappe's electrifying pace and unerring poise were again on display when he cut inside Jerome Boateng to send the winner fizzing past Neuer at his near post. His five away goals in the knockout rounds is already a single-season record in the Champions League. To earn the chance to add to that number, there is first some mouth-watering business to attend to at Parc des Princes.