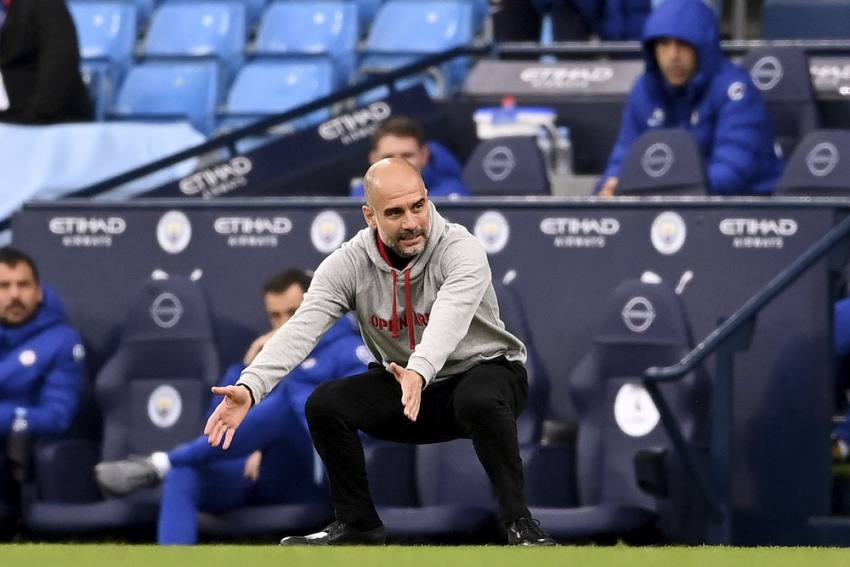 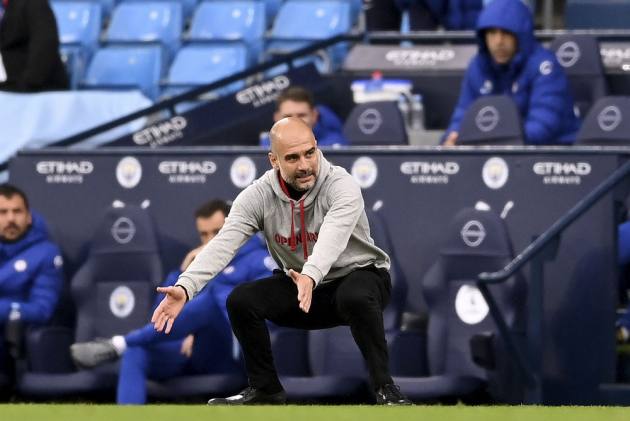 Pep Guardiola had no doubt Raheem Sterling should have been awarded a late penalty before Manchester City went down to a 2-1 defeat against their Champions League final opponents Chelsea. (More Football News)

Sterling gave City a 44th-minute lead at the Etihad Stadium in a game where victory would have secured a third Premier League title in four seasons.

Sergio Aguero, so synonymous with such triumphs during his decade at the club, had a glorious chance to bring glory much closer when Billy Gilmour blundered into Gabriel Jesus, but City's all-time record goalscorer chipped a Panenka attempt into Edouard Mendy's arms.

Chelsea made the most of that let-off by turning in a superb second-half display – Hakim Ziyech equalising after the hour and Marcos Alonso sealing the points in stoppage time after Timo Werner and Callum Hudson-Odoi had efforts chalked off for offside.

However, Guardiola's post-match ire was focused upon a clumsy challenge on Sterling by Kurt Zouma when the England forward went through on goal in the 88th minute.

Referee Anthony Taylor opted not to give a penalty and the VAR did not think it was necessary for him to consult the pitchside monitor, which Guardiola felt would have painted a very clear picture.

"It's a penalty," he told Sky Sports when asked for his thoughts on why the spot kick was not awarded.

2010 - At 91m 54s, Marcos Alonso's winner was the latest winning goal scored in an away Premier League game against Manchester City since Paul Scholes for Man Utd in April 2010 (92:41). Scenes. #MCICHE pic.twitter.com/5mQjHkG5qc

"It's a penalty, that's all. It's happened. It's football.

"Try the next to time to score our penalty and that's all.

"The opinion of the fourth official and Anthony, they know it. That’s all.

"Sometimes we make mistakes, maybe they believe they didn't make a mistake. Okay. I saw it on the TV and it's a penalty.

"You have to score, of course, but what can I say?

"In 21 days we are going to face them again in the Champions League, we have to learn from that. Now, we try for the three points we need to be champion."

How much of a psychological advantage Chelsea will claim for the European showpiece is up for debate given Guardiola made nine changes to the line-up that beat Paris Saint-Germain in midweek.

Still, Thomas Tuchel's side also beat a heavily rotated City in the FA Cup semi-final last month, meaning they should not be short of confidence the next time the sides meet.

10 - This will be Sergio Agüero's final league appearance against Chelsea for Man City - the Argentine has scored more Premier League goals against the Blues than any other player in the competition's history (10, including two hat-tricks). Finale. #MCICHE pic.twitter.com/zLqLcmYva0

It might have been very different if Aguero had opted for a more conventional spot-kick, but Guardiola – who reacted furiously on the touchline at the time – refused to lambast the striker, who will leave City at the end of the season.

"He is selfish because he misses?" he responded to a question making that suggestion in his post-match media conference. "If he scores he is a genius. That is the reality.

"Always I say to the player in the penalties, take one decision – Panenka, right, left, short, whatever you want. But commit.