Paris Saint-Germain moved back to the top of Ligue 1 thanks to a battling 2-1 win over Lens at Parc des Princes, where Neymar impressed. 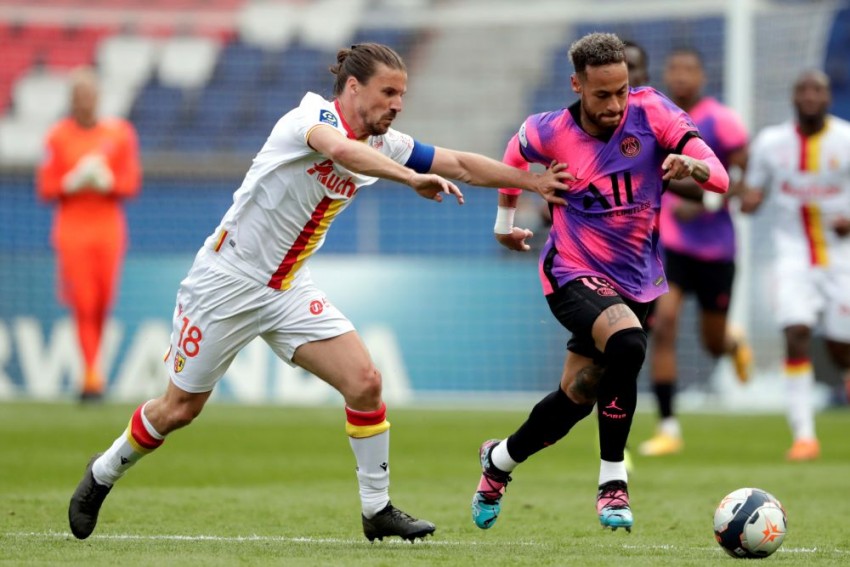 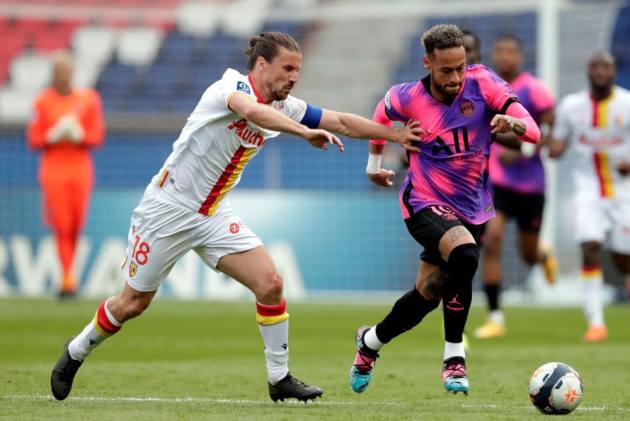 Paris Saint-Germain moved back to the top of Ligue 1 thanks to a battling 2-1 win over Lens at Parc des Princes on Saturday. (More Football News)

Neymar scored the opener and crossed for Marquinhos to head in the champions' second as they responded well to their 2-1 home loss to Manchester City in the Champions League this week.

With Kylian Mbappe missing through injury and Marco Verratti, Angel Di Maria and Ander Herrera starting on the bench, PSG were made to work hard for a result that lifted them back above Lille at the summit, at the very least for a few hours.

Ignatius Ganago pulled a goal back for European hopefuls Lens, but Mauricio Pochettino's men held firm for a morale-boosting win ahead of their second-leg clash with City in England next Tuesday.

FT at the Parc! An important three points! #PSGRCL

PSG, who lost right-back Colin Dagba to injury before the 20-minute mark, had few early chances despite their dominance, although Danilo Pereira tested Wuilker Farinez with a powerful header that was well saved by the Lens keeper.

Lens had done well to keep Neymar quiet but gifted him the opener 32 minutes in, the Brazil star slotting home confidently after Julian Draxler had pinched possession from Facundo Medina on the edge of the box.

Pablo Sarabia should have scored a second after Neymar's header from a fine Marquinhos pass, but Farinez produced a superb one-handed stop, and Lens could have snatched an equaliser before half-time had Jonathan Clauss and Clement Michelin shown more composure inside the box.

Lens began the second half well but PSG doubled their lead just before the hour mark, Marquinhos rising unchallenged to head in Neymar's corner from the right.

Neymar curled a free-kick off the right post, seemingly via the fingertips of Farinez, and Mauro Icardi saw a goal disallowed for a Marco Verratti offside, but Lens could not capitalise on those moments of fortune.

What does it mean? Pressure back on Lille in gripping title race

This was a stern test for PSG, particularly in between two games with City, but these battling three points could prove critical in the title race.

The result put Lille two points behind with a Saturday evening game in hand to come against Nice and they must also face a tough Lens test next week.

The nature of the win could also give PSG hope in the Champions League as they prepare for a game in Manchester that they must win.

Neymar was predictably in the thick of the action, contesting 26 duels - 15 more than any other PSG player - and creating a game-high seven chances.

It was unsurprising that the telling contributions were his, with a composed finish and good cross for Marquinhos providing the goals for PSG. He was also unlucky not to score another from a free-kick.

Icardi cut an isolated figure in attack, with just two wayward shots and only 25 attempted passes, the fewest of any starting PSG player. A late tap-in was also disallowed for offside after a review.

Should he keep his place for the trip to City, that disconnect with the rest of the PSG attack will have to be addressed.

PSG head to the Etihad Stadium on Tuesday before returning to league action at Rennes next Sunday. Lens host title-chasing Lille next Friday.